Brown Machine Group (BMG), a provider of thermoforming machines and tooling and automation systems, has developed a robotic paper cup manufacturing system that will reportedly improve the productivity of die cutters and reduce manual labor.

BMG’s aXatronics C-Rush System autonomously removes side walls (or blanks) from vertical die cutters — which are the machines used in the die cutting process that cut through paper or card on a die press, enabling the duplicate cutting of material — placing them in work-in-progress bins along the manufacturing line. 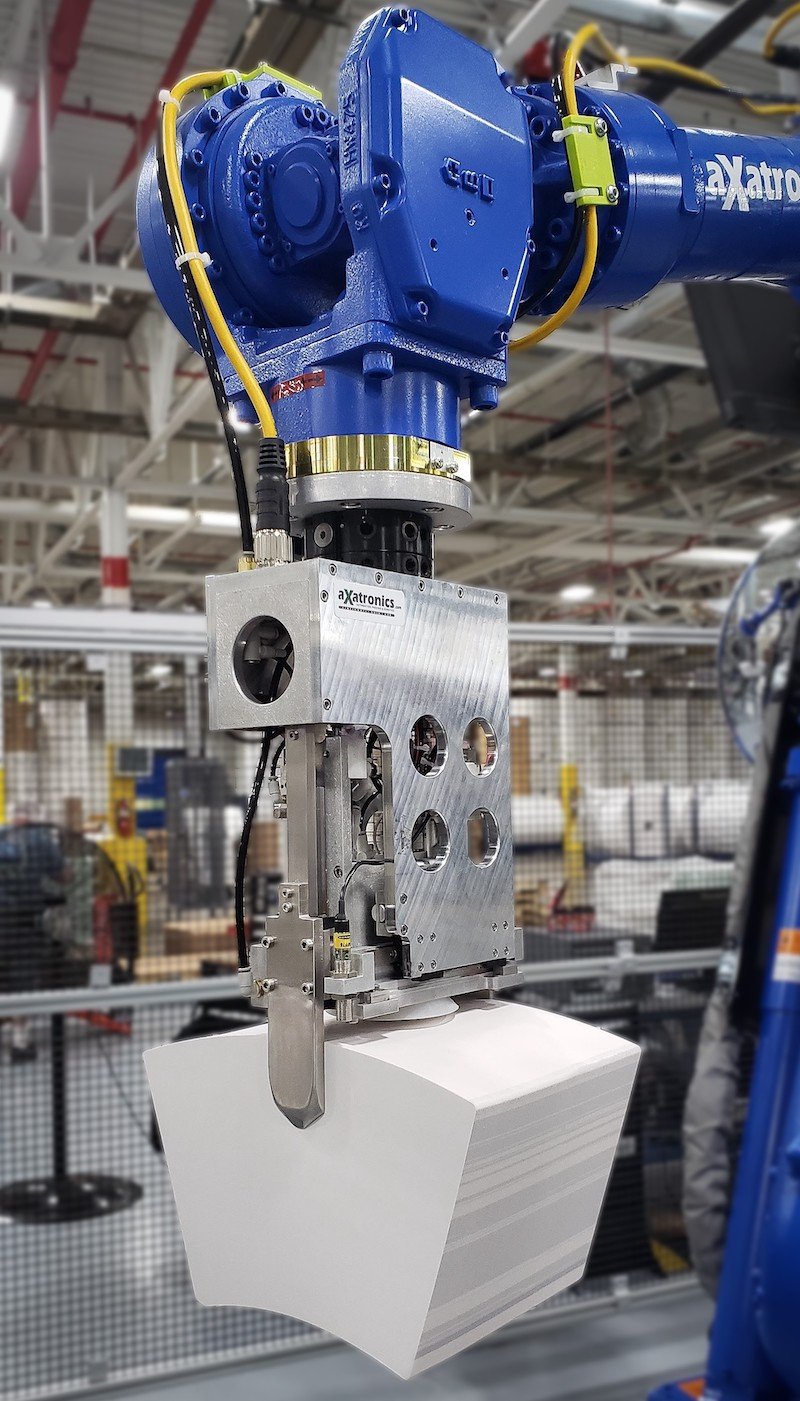 The C-Rush is driven by its new patent-pending die-cutter output line assembly (Dola), called the Smart-Dola that reportedly improves the throughput of the entire system. This allows C-Rush users to interface with the die cutter, for instance, pausing and resuming pick and place automation.

Outfitted with its custom end of arm tool (EOAT) that automatically unloads the die cutter, the C-Rush can handle roughly 2 million 21 oz sidewalls a day, with 24/7 uninterrupted operation. Additionally, the C-Rush can autonomously alter configurations without operator intervention when transitioning dies.

According to its developers, the new C-Rush system eliminates die cutter downtime and productivity of the system is not impacted by personnel fatigue.

By posting a comment you confirm that you have read and accept our Posting Rules and Terms of Use.
Advertisement
RELATED ARTICLES
Die Cutter Designed for Digital Presses
Easy index cutter heads with Big Kaiser’s contact grip
The versatility of laser cutting: From large-scale manufacturing to small shops
Advances in Automation Increase Production and Operator Safety
Vibration-damping technology for machining
Advertisement