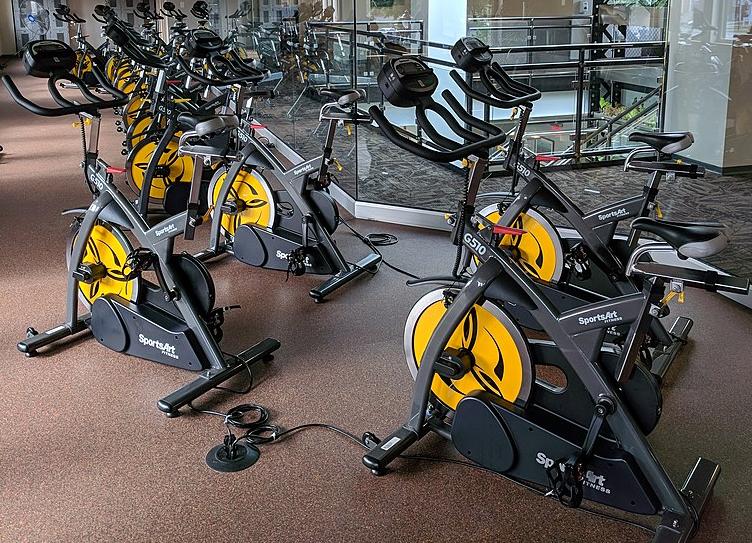 Energy demands and consumption are continually increasing in the world. The Energy Information Administration has predicted that, at the current rate, energy consumption will increase up to 24.7 trillion kilowatt-hours by 2025. Coal has been the primary energy generation source for a long time, fulfilling half of the energy demands, even though it can adversely affect the environment and human health.

Due to the ever-increasing energy demands, the shortage of conventional sources of energy generation and the adverse effects of those sources, the need for renewable energy is great. This has led to the discovery of new and unique power generation techniques that help to fulfill the demand. One such technique is generating power using gym equipment.

Sweat equity in the form of power generation

In this energy generation system, humans are used as the power source to operate the equipment in the gym with the spinning of a pulley, the rolling movement of bicycles and the up-and-down movement of an exercise machine, for example. Based on the principle that energy can only be converted from one form to another, the to-and-fro motion of the equipment is transformed into rotary motion by the use of a rack-and-pinion arrangement. The speed of the rotary motion is controlled by the help of a gear reduction method using a chain drive. After this, electric energy is generated by the conversion of rotary motion with the help of an alternator.

The energy generated, however, is lost to the air. Use of a dynamo can capture the energy from the machines that are operated by a pulley, as well as treadmills and bicycles.

Fitting gym equipment with a dynamo

The slot is made in the armature shaft, maybe by tapering, to take half of the half key. The center of the pulley is also slotted to take the other half of the key. This type of arrangement for locating a device is called a Woodruff key. It has a thickness of 5 mm and resembles a shallow half-moon. The nut of the pulley is usually very tight and perfectly settled into the pulley. A ring spinner or socket is needed to free this nut. Before removing the fan belt, free the nut if the dynamo is still on.

After the dynamo refitting, check the alignment of the pulley with the fan and pulleys in the crankshaft.

The main concept of this power generation system is the utilization of the mechanical energy produced with gym equipment and converted into electric energy. A mechanical shaft along with the dynamo is attached to the pulley of the exercise machine. When a person uses that machine to exercise, the pulley rotates because of the up and down movement of the exercise machine. The shaft of the dynamo moves due to the rotary motion of the pulley. According to Faraday's Law, when the shaft of the dynamo rotates, voltage is generated. This generated voltage can be stored in a battery that can be used for daily requirements like powering the lights.

On an average day, the energy generated by an average human is almost 100 watts. The amount of power generated is dependent on the activities, weight and metabolism of the person.

Advantages over other renewables

The infrastructure of the gym already exists with a large number of exercise machines already in use around the globe, so little effort or investment is required to use this renewable source. All that is needed is a professional electrician to make sure that the building has the additional electric circuits to handle all the newly generated electricity. This is an advantage over solar and wind, which require investment, construction and property. The power generated from gym equipment, however, cannot be compared with other renewables due to the limitations of human power.

Surprisingly few gyms are currently generating their power from their customers' exercise. The Green Micro Gym Belmont, of Portland, Oregon and the Square Imaginarium Eco Gym of Irondequoit, New York, are two notable examples. Perhaps as more businesses consider this alternative energy source to reduce utility bills, the technology will spread to residences as well.

By posting a comment you confirm that you have read and accept our Posting Rules and Terms of Use.
Advertisement
RELATED ARTICLES
Fundamentals of timing pulleys and belts
Superior’s new mine duty conveyor pulley will debut at CONEXPO-CON/AGG/2020
Examining motor torque for belt and pulley systems
Keyless POWER-LOCK® ensures more durable drive shaft connections
New Magnetic Separation Pulley Takes Away Need to Recover Hardened Material by Hand
Advertisement