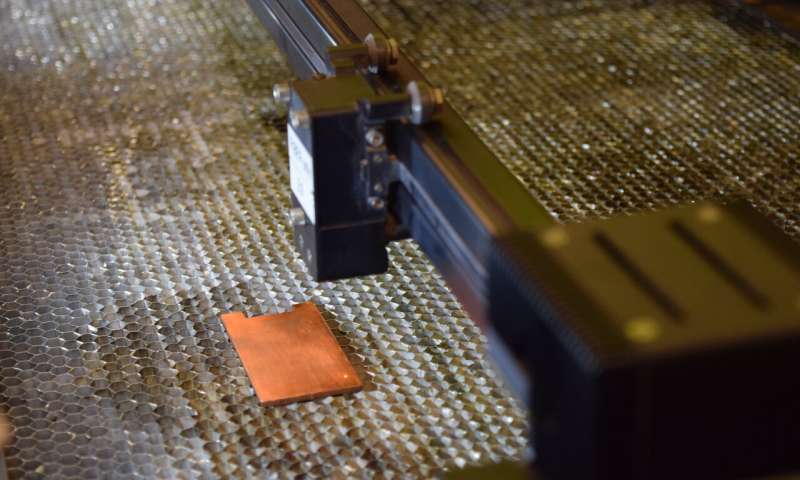 A laser prepares to texture the surface of copper, enhancing its antimicrobial properties. Source: Purdue University/Kayla WilesEngineers from Purdue University have devised a technique for turning metal surfaces into bacteria killers by altering the surface’s texture.

Using a one-step laser texturing process, the engineers laser etched nanoscale patterns on metal surfaces. This technique produced a rough texture that increased the metal’s surface area, subsequently increasing the opportunity for areas along the surface where bacteria can make contact and immediately rupture.

During testing, the engineers applied the technique to copper, which, when treated with a laser to change the metal’s texture, was capable of killing the bacteria associated with MRSA.

The team also explored applying the technique to wearable patches for wound healing and orthopedic implants. Treating the surfaces of such devices could potentially prevent bacterial growth and biofilm formation, thus halting antibiotic resistance and the spread of infection.

Though not yet capable of killing the viruses responsible for the COVID-19 pandemic as those viruses tend to be significantly smaller than bacteria, the researchers believe that the technique could keep surfaces such as metal door knobs in high-traffic areas safe from bacterial pathogens that can live on such surfaces for days.

The Purdue engineers determined that the technique would be relatively easy to incorporate into the manufacture of medical devices.

The research appears in the journal Advanced Materials Interfaces. 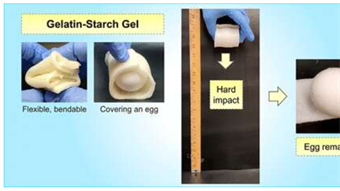