Early-stage pumped hydro project gets a boost from FERC

If built, the Navajo Energy Storage Station near Page, Arizona, would have a generating capacity of 2,210 megawatts (MW). Project developers plan to use solar and wind energy to pump water to the upper reservoir, then release it through turbines to generate 10 hours of renewable energy each day to power cities in California, Arizona and Nevada where demand peaks late in the day and through the night. 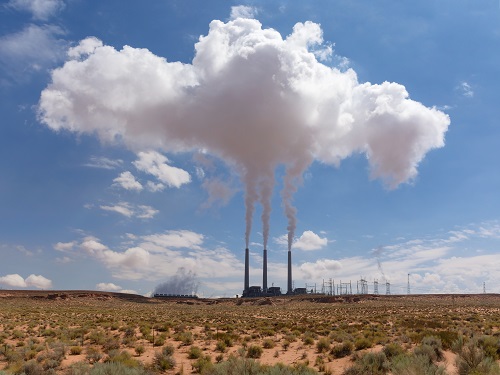 Daybreak was founded in 2018 by Jim Day, a former energy analyst with the consulting firm IHS Markit. His firm is currently seeking investment backers.

The proposed project would use the Bureau of Reclamation’s Lake Powell Reservoir, which was created by the Glen Canyon Dam on the Colorado River. Infrastructure to be built includes a 15,150 ft long, 131 ft high rockfill concrete dam. The dam would impound an upper reservoir with a usable storage capacity of 18,600 acre feet.

A powerhouse would include eight variable-speed pump turbine generating units with a combined capacity of 2,210 MW. An 18 mile long, 500 kilovolt (kV) transmission line would connect the facility with an existing 230 kV line owned by the Western Area Power Administration. The estimated annual generation of the Navajo Energy Project would be 3,365 gigawatt-hours.

In November, the Salt River Project permanently shut down all three coal-fired units of the Navajo Generating Station. In 2017, the owners determined it would be uneconomical to continue operating the 2,250 MW plant after its lease with the Navajo Nation expired in December 2019. Station owners include SRP, Arizona Public Service Co., NV Energy and Tucson Electric Power.

By posting a comment you confirm that you have read and accept our Posting Rules and Terms of Use.
Advertisement
RELATED ARTICLES
These Hydro Dams Could Fall Under $400M Proposal
Hoover Dam completes a pressure-relief valve upgrade
400 MW Pumped Storage Project Wins FERC Approval
This hydro power station will receive $1.1 billion in upgrades
Cheniere LNG Project Receives FERC Staff OK on Environment
Advertisement