Alcohol and technology: The year in review 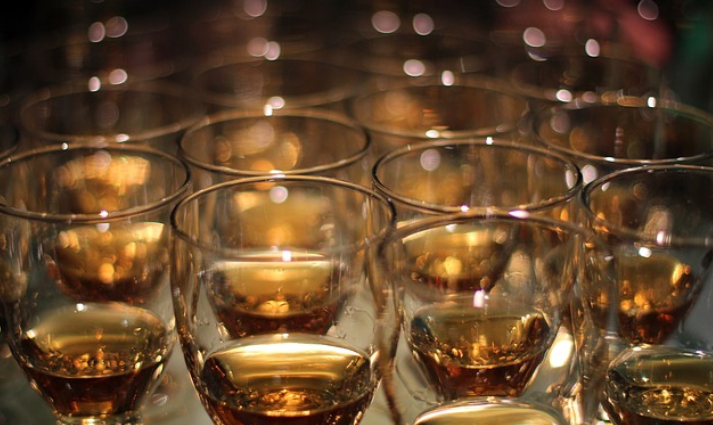 Technology has paved the way for a host of advances in virtually every industry. This is no less true for the alcohol industry where 2019 saw innovations such as artificial intelligence (AI) shaping the future flavor of whisky or the development of sustainable seaweed booze pouches for the whiskey lover on the go.

As 2019 draws to a close, join Engineering360 for a look back at technological innovations achieved this year in the alcohol industry.

An AI algorithm run from Microsoft’s Azure cloud platform and AI cognitive services received data, including information about the distillery’s legacy recipes, customer preferences and sales numbers, from the Mackmyra Distillery in Sweden. That data was then used to enable the algorithm to create new ingredient combinations, resulting in as many as 70 million different whisky recipes.

The first AI-generated whiskey was a single-malt with herbal notes of aniseed, white pepper and ginger.

Scientists in Israel brewed beer in a lab using 5,000-year-old yeast with help from DNA sequencing.

A team of scientists from the Hebrew University of Jerusalem have sequenced the DNA of six different yeast types excavated from Egyptian, Judean and Philistine archaeological sites in Israel. Using the yeast collected from the pores of fragmented ancient clay wine and beer vessels, scientists and a local brewmaster replicated flavors in the lab that existed thousands of years ago. 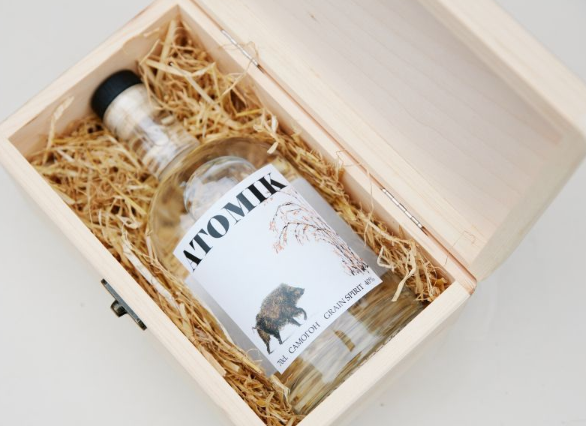 Decades after the 1986 Chernobyl Nuclear Power Plant explosion in the Ukraine, a group of scientists from the University of Portsmouth, U.K., have created a safe-to-drink artisanal vodka using grain and water sourced from areas surrounding the nuclear disaster site.

To create the aptly named Atomik vodka, the team of scientists sourced both grain and water from Chernobyl’s Exclusion Zone, which is a 1,000-square-mile radioactive contaminated region that scientists suggest won’t be safe to inhabit for roughly 24,000 years, as well as a region known as the Zone of Obligatory Resettlement.

For three years, Jim Smith, an environmental scientist at the University of Portsmouth, and his colleagues have investigated how radioactivity transferred to crops in regions of the Exclusion Zone and the Zone of Obligatory Resettlement. This information enabled scientists to explore how to safely use the land.

While conducting their research, the scientists tested rye grown on that land and discovered the presence of radioactivity in the grains. Levels of strontium-90 just slightly exceeded the safety limits determined by Ukrainian officials. However, after the scientists distilled the rye, the only detectable radioactivity discovered in the alcoholic byproduct was in the form of carbon-14, present in the same amounts as in any other spirit, according to the team.

The distilled alcohol was then diluted with mineral water sourced from a deep aquifer located roughly six miles south of the reactor site. The authors explained that the radionuclides analyzed in the groundwater were under the limits of detection. The team also employed computer models to approximate the risk posed to farmers working on the plot of farm land as they are likely to experience radiation exposure by way of inhalation or accidental ingestion of the soil. However, the scientists determined that exposure levels to farm workers were significantly below “reference occupational (non-classified) worker exposure” rates.

The Chernobyl Spirit Company is currently producing the Atomik vodka and it is only available for sale to those visiting the Exclusion Zone.

Wine isn’t just for drinking, according to Scientists from the University of Manchester in the U.K. who are attempting to improve wearable technology using acids from red wine, as well as from black tea and black coffee.

The team of scientists discovered that adding tannic acid to materials like cotton used to create wearable sensors improved the durability and flexibility of wearable devices. Added to the cotton, the tannic acid improved the mechanical properties of the material, thereby increasing the devices' lifespan. Likewise, the addition of tannic acid also improved conductivity in the wearables by several hundred (even thousands of) times over conventional conductive materials because conductive coating easily detaches from textiles through repetitive flexing and bending. 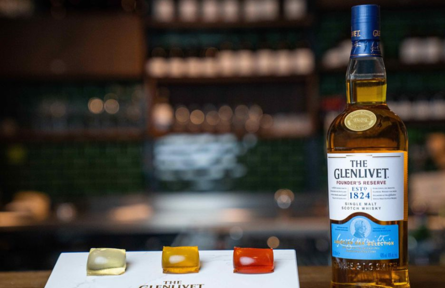 The so-called “Capsule Collection” is composed of a material, also called Notpla, that is a combination of seaweed and other plants. Notpla filled the seaweed capsules with 23 mL — roughly a shot’s worth — of whisky each. Each of the three reserves — citrus, wood and spice — can be consumed entirely or punctured to reach the whisky contained within.

Notpla produces the capsules on a dedicated machine, and can inject them with a variety of other substances including water, juice and condiments.

A fake tongue for whisky tasting

Engineers and chemists from Scotland’s University of Glasgow and the University of Strathclyde have developed an artificial tongue to accurately distinguish among different whisky types.

With the potential for preventing alcohol counterfeiting, the reusable artificial tongue is composed of multiplexed aluminum and gold nanoarrays arranged in a sequence similar to a checkerboard. The nanoarrays behave like human tastebuds within the bimetallic tongue, generating two distinguishable resonance peaks for each sensing region.

To demonstrate how the artificial tongue works, researchers poured whisky samples over the tastebuds, which are roughly 500 times smaller than human tastebuds, and measured how the tastebuds absorbed light while submerged in the different whiskies. The indiscernible differences in how the metals used within the artificial tongue absorbed light — called plasmonic resonance — generated distinct “fingerprints” for each whisky, thereby enabling the team to distinguish among the different types of whiskies.

Visit Engineering360 in the new year to see what technological innovations are being achieved in the alcohol industry in 2020.

By posting a comment you confirm that you have read and accept our Posting Rules and Terms of Use.
Advertisement
RELATED ARTICLES
Team of engineers and chemists develop artificial tongue for distinguishing among whisky types
E-nose sniffs out whiskey imposters
Distillery using AI to create the "perfect" whiskey
Scientists create vodka with ingredients from Chernobyl Exclusion Zone
Researchers using straw, grass and maize to develop biodegradable food packaging
Advertisement