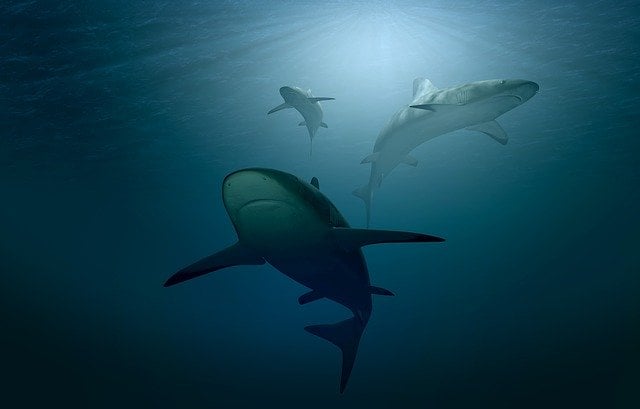 Researchers from the Defense Advanced Research Projects Agency (DARPA) are calling for the development of shark-skin inspired suits to protect soldiers, researchers and first responders against chemical and biological weapons.

DARPA, also known as the research arm of the Pentagon, believes that nature, specifically, shark skin, is the answer to the design of such suits particularly due to anti-fouling properties in shark skin, where microorganisms are easily sloughed off and unable to attach.

As such, the DARPA researchers are suggesting that the suits offer at least two benefits to the wearer. The first is that the suit form a physical barrier to protect the wearer and, second, that the suit neutralize agents that manage to breach the barrier before reaching the wearer’s eyes, nose, mouth and skin, neutralizing no less than two chemical or biological threats at once.

According to the request, the suit will need to protect against chemicals such as chlorine gas, gas, mustard gas, ammonia as well as organophosphate poisons including GB and VX and synthetic opioids, botulism and ricin. Meanwhile, the suits should also be able to protect against biological threats such as anthrax, MRSA and viruses such as influenza, Ebola and rhinovirus.

Current suits used to protect the wearer in the aftermath of a chemical or biological attack, DARPA researchers explained, are bulky and difficult to maneuver. Likewise, the suits are reportedly limited in the amount of protection they offer the wearer.

Proposals for the nature inspired suit to be worn by military and disaster relief personnel are due to DARPA in the beginning of 2020.

By posting a comment you confirm that you have read and accept our Posting Rules and Terms of Use.
Re: DARPA seeks proposals for safety suits inspired by shark skin
#1

A protective suit should be easy to make in this day and age. A core of material coated with graphene would make it flexible and bulletproof. a coating of one of the new synthetic rubbers on both sides and ziplock bags closures. An external air supply with a quick connect fitting or a pull along cart with multi bottles and water supply could extend working time. The breathing mask could discharge to the inside of the suit to provide a positive pressure as a backup.

Another method would be to use one of the new humanoid robots that could be chemically sterilized.