This AI-driven algorithm could help monitor bridge and dam health 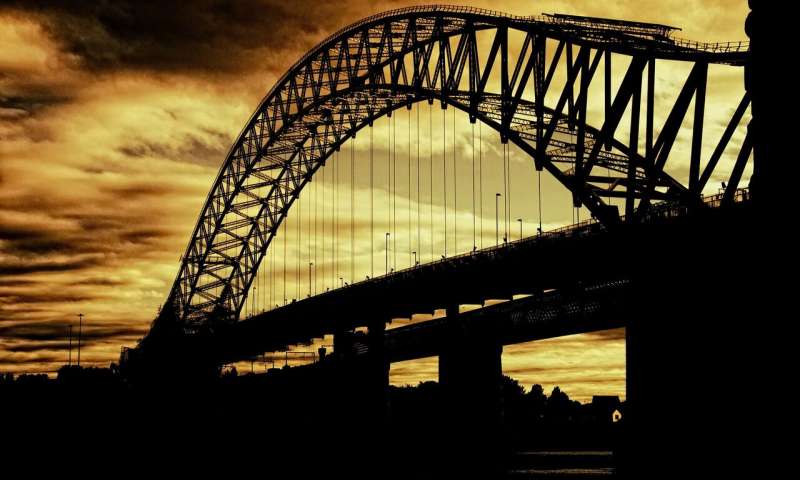 A machine learning algorithm, dubbed SHMnet, has been developed by researchers from the University of Surrey and King’s College London. They trained the algorithm to analyze and monitor the condition of bolt connections found in metal structures including bridges and dams.

The work is detailed in the journal Structural Health Monitoring.

During an impact hammer test to determine a test structure’s natural frequencies, modal damping ratios and masses, and mode shapes, SHMnet was tasked with identifying condition changes on the connection bolts of a steel frame under 10 different damage simulations. The researchers said that the algorithm, when repeatedly trained on four datasets, could identify condition changes with an accuracy rate of 100%.

The development, according to the team, could benefit structural engineers, governments and municipalities, and any other bodies responsible for the integrity of major structures. The team plans to continue to test the SHMnet algorithm under different vibration scenarios.

As artificial intelligence (AI) evolves, researchers are finding multiple applications, including the construction industry. For instance, a construction company has developed AI that predicts and subsequently prevents construction site injuries. And, a team from Purdue University developed AI-based technology for detecting cracks in structures like bridges, dams, buildings and nuclear reactors.

By posting a comment you confirm that you have read and accept our Posting Rules and Terms of Use.
Advertisement
RELATED ARTICLES
Researchers using AI to improve crack detection in bridges, buildings
Optical Fiber Advances May Mean Quicker Diagnoses for Bridges, Dams... and Even Humans
Hardening the Infrastructure: Flood-Management Controls
Researchers detect bridges, structures at risk of collapsing from space
Adaptive structural elements make ultra-lightweight building construction possible
Advertisement