The Washington Department of Labor & Industries (L&I) cited and fined three companies more than $100,000 for safety violations in connection with the fatal collapse of a tower crane that was being dismantled in Seattle in April.

The agency determined that the crane collapse was caused by the companies not following the manufacturer's procedures for dismantling the structure. Errors included prematurely removing nearly all of the pins and sleeves that helped hold the crane together. 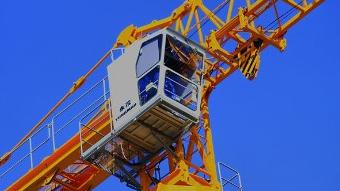 Four people were killed when the crane fell, including two workers who were at the top of the crane, and two people in cars below. The project was a new Google campus that was being developed by Vulcan Real Estate.

On June 11, L&I's Division of Occupational Safety and Health issued a hazard alert stressing proper procedures for assembling and dismantling tower cranes. The alert said crane companies must follow manufacturers' procedures. It also reinforces that pins and other connectors should only be removed for the individual crane segment that is being lifted.

The safety division also asked companies to report when they are assembling or disassembling tower cranes. Several reportedly have done so, and the agency has performed a number of spot inspections.

The labor and industries agency investigated five companies and cited and fined three of them a total of $107,200 for multiple violations.

The tower crane is owned by Morrow Equipment LLC and was leased by GLY Construction for the construction project. Northwest Tower Crane Services provided the crew dismantling the crane.

Morrow Equipment, LLC was cited for one willful serious violation for not following the crane manufacturer's procedures, which directly contributed to the collapse. In a willful violation, an employer either knowingly ignored a legal requirement or was indifferent to employee safety.

Morrow approved the removal of the pins, the agency report said. The manufacturer's procedures say not to remove pins other than the ones for each individual section being dismantled. Morrow was fined $70,000.

The agency cited GLY Construction for three "serious" violations, including not having a qualified supervisor and other personnel on site at all times during the disassembly operations; not ensuring that the manufacturer's procedures were followed; and not accounting for weather conditions. GLY was fined $25,200.

Northwest Tower Crane Services was also cited for three serious violations, including not following the manufacturer's procedures, not ensuring that workers understood their assigned duties and inadequate worker training. They face $12,000 in fines.

The employers have 15 business days to appeal the citations.

Two other companies, Seaburg Construction and Omega Rigging and Machinery, were not cited for any violations.

By posting a comment you confirm that you have read and accept our Posting Rules and Terms of Use.
Re: Lax procedures led to fatal crane collapse at Google work site
#1

They should have Googled the correct procedure...