The operator delivers healthcare supplies around a major hospital campus in Raleigh, North Carolina. Flights to date have focused on blood delivery as well as other medical samples for lab work. 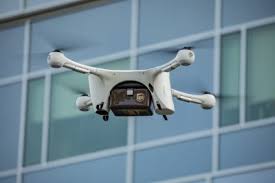 The company said it will expand its drone delivery service to support hospital campuses around the country, and to serve customers "beyond those in the healthcare industry."

The UPS business unit made its first drone delivery flight under Part 135 Standard using a Matternet M2 quadcopter. The drone is designed to carry payloads of up to 2 kilograms and 4 liters over distances of up to 20 kilometers. Matternet is based in Mountain View, California, and was founded by Andreas Raptopolous.

The FAA said the company demonstrated that its operations met the FAA’s safety requirements to qualify for an air carrier certificate.

Beginning in 2017, the FAA's IPP program has brought state, local and tribal governments together with private sector entities, such as UAS operators or manufacturers, to accelerate safe drone integration. The program is intended to help the U.S. Department of Transportation and FAA develop rules that support more complex low-altitude operations.

By posting a comment you confirm that you have read and accept our Posting Rules and Terms of Use.
Advertisement
RELATED ARTICLES
FAA Finalizes First Operational Rules for Commercial Drones
DOT and FAA Propose Rules for Small Unmanned Drone Aircraft
FAA Wins Ruling in Drone Aircraft Case
Video: Project Wing Just Took a Major Step Toward Successful Drone Delivery
Drone Use for Package Delivery May Gain a Second Look
Advertisement