Does the US have gas? You bet!

The Potential Gas Committee released the results of its latest biennial assessment of U.S. natural gas resources, which indicates that the country possesses a total mean technically recoverable resource base of 3,374 trillion cubic feet (Tcf) as of year-end 2018.

This is the highest resource evaluation in the Committee’s 54-year history. It exceeds the previous high assessment (from year-end 2016) by 557 Tcf (an increase of about 20%).

This is also the largest two-year increase in absolute resources between evaluations in the Committee's history. The increase resulted from reassessments of shale gas resources in the Atlantic and Mid-Continent areas and conventional and tight gas in the Mid-Continent and Rocky Mountain areas. 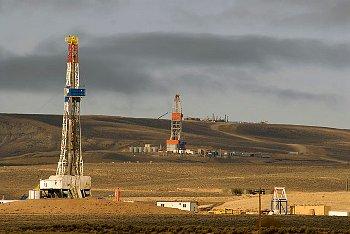 The Committee assesses technically recoverable resources and does not consider a specific price or schedule for the discovery and production of gas. EIA estimates the proved gas reserves, which are additional to the resources assessed by the Potential Gas Committee. When both assessments are combined, the U.S. future supply of natural gas stands at a record 3,838 Tcf, an increase of 697 Tcf (22%) over the previous evaluation.

More well drilling and ongoing improvements in completion and stimulation technologies are credited with better delineation and characterization of U.S. gas resources, especially in shale and tight reservoirs.

According to the assessment, the Atlantic area ranks as the country’s richest resource area with 41% of total U.S. traditional resources. That is followed by the Mid-Continent with 19%, the Gulf Coast (including the Gulf of Mexico) with 16% and Rocky Mountains with 16%. Changes in the total assessment from year-end 2016 to year-end 2018 rose primarily from the evaluation of recent drilling, well-test and production data from these four areas. 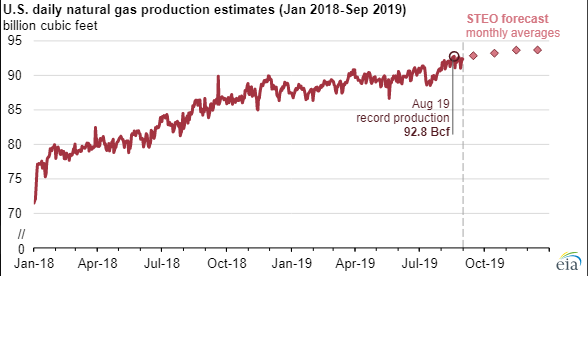 Source: EIAThe largest volumetric gains (264 Tcf or 25%) were reported in the Atlantic area. The major reason for the increase is new drilling and production results from Marcellus and Utica shale plays in the Appalachian basin.

Mid-Continent assessments rose by 245 Tcf (66%), reflecting intensive developments of conventional, tight and shale reservoirs in the Permian Basin. In its resource evaluation, the Committee accounted for additional zones and potential well locations associated with stacked pays recently developed in this area.

Gas resources in the Rocky Mountain area increased by 65 Tcf (15%). This resource growth reflects large revisions in the Williston Basin and the Denver Basin. The updated assessment more rigorously accounted for the gas associated with production of liquids in those basins.

The Gulf Coast area had a decrease of 22 Tcf (4%). The main reason for reduction was downsizing of the type of well in the Eagle Ford play, and lack of resource additions to replace production from the Eagle Ford and the Haynesville shale plays.

The Potential Gas Committee includes roughly 80 volunteer members who work in the natural gas exploration, production, transportation and distribution industries, and in technical services and consulting sectors. The Potential Gas Agency at the Colorado School of Mines provides the Committee with guidance, technical assistance, training and administrative support, and assists in member recruitment and outreach. The Agency receives financial support from prominent E&P companies, gas pipeline companies and distributors, trade associations and individuals.

By posting a comment you confirm that you have read and accept our Posting Rules and Terms of Use.
Advertisement
RELATED ARTICLES
EIA projects 50% rise in world energy use by 2050, led by Asia
Oil and gas reserves reached record levels, EIA says
Proved Crude Oil Reserves Hit a Record in 2017
Where does U.S. natural gas come from, and where does it go?
Gas production set for 30-year growth trend, EIA says
Advertisement