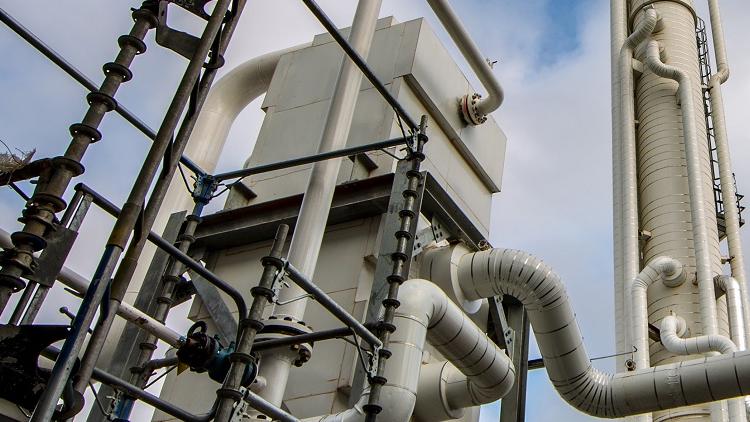 Total dry natural gas production in the United States is expected to grow until mid-century, due largely to meet growing export demand to satisfy global markets.

According to forecasts released by the Energy Department's Energy Information Administration (EIA), the U.S. began exporting more natural gas than it imports on an annual basis in 2017. That shift was driven by increased liquefied natural gas (LNG) exports, increased pipeline exports to Mexico and reduced imports from Canada.

EIA projected in September that world energy consumption would grow by nearly 50% between 2018 and 2050. It said most of that growth would come from countries that are not in the Organization for Economic Cooperation and Development, and would be focused in regions where strong economic growth is driving demand, particularly Asia.

EIA said it expects dry natural gas production to total 34 trillion cubic feet (Tcf) in 2019 once final data are in. It projects that production will hit 45 Tcf by 2050, largely due to continued development of tight and shale resources in the East, Gulf Coast and Southwest regions.

EIA said that most of the production growth will come from natural gas formations such as the Marcellus and Utica in the East region and the Haynesville in the Gulf Coast region. A smaller portion is forecast to come from production in oil formations (also known as associated gas), especially in the Permian Basin in the Southwest region.

Source: EIAEIA said it expects that exports by pipeline and LNG exports will continue to grow through 2030. LNG exports account for most of the export growth as more LNG export facilities become operational and additional capacity starts construction.

EIA said it projects that LNG exports will almost triple, from 1.7 Tcf in 2019 to 5.8 Tcf in 2030, equal to nearly 16 billion cubic feet per day (Bcf/d). LNG exports are expected to remain at this level through 2050 as U.S.-sourced LNG becomes less competitive in world markets and as more countries become global LNG suppliers.

Source: EIAWith the federal approval in hand, project developers now must decide whether or not to move ahead with construction. Recent reports suggest that headwinds may slow LNG development work in the near term.

And S&P Global Platts Analytics said that outlook is in line with its expectation that U.S. liquefaction capacity growth will slow after 2021, reflecting what it called "the uncertainty over when many of the projects that are to make up the second wave of American terminals" will break ground, if at all.

U.S. LNG exports are more competitive when oil prices are high and U.S. natural gas prices are low. EIA said this is because of pricing structures that link Brent crude oil prices to LNG prices in many world markets.

By posting a comment you confirm that you have read and accept our Posting Rules and Terms of Use.
Advertisement
RELATED ARTICLES
U.S. a Net Natural Gas Exporter in 2017, a First Since Sputnik
Sempra advances LNG export goals with Mitsui MOU
Natural Gas Exports Set to Grow Through 2018, EIA Says
Where does U.S. natural gas come from, and where does it go?
The largest natural gas producing region in the US? The answer may surprise you!
Advertisement