The U.S. Energy Information Administration (EIA) projects that world energy consumption will grow by nearly 50% between 2018 and 2050.

Most of the growth is expected to come from countries that are not in the Organization for Economic Cooperation and Development (OECD), and is focused in regions where strong economic growth is driving demand, particularly Asia. 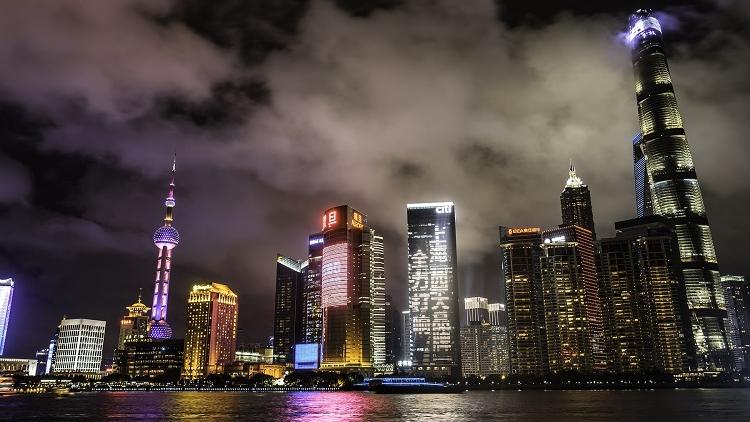 Shanghai skyline.EIA said that the industrial sector — which includes refining, mining, manufacturing, agriculture and construction — will likely account for more than half of end-use energy consumption through the projection period, the largest share of energy consumption of any end-use sector.

World industrial sector energy use is projected to rise by more than 30% between 2018 and 2050 as consumption of goods increases. By 2050, global industrial energy consumption is forecast to reach about 315 quadrillion British thermal units (Btu), EIA said.

Source: EIAEnergy consumed in the buildings sector, which includes residential and commercial structures, is projected to grow by 65% between 2018 and 2050, from 91 quadrillion to 139 quadrillion Btu. Rising income, urbanization and increased access to electricity will lead to rising demand for energy, EIA said.

The growth in end-use consumption results in electricity generation increasing 79% between 2018 and 2050, the EIA forecast said. Electricity use is expected to grow in the residential sector as rising population and standards of living in non-OECD countries increase the demand for appliances and personal equipment. Electricity use also rises in the transportation sector as plug-in electric vehicles enter the fleet and electricity use for rail expands.

Source: EIAWith the growth of electricity generation, renewable energy resources — including solar, wind and hydroelectric power — are expected to be the fastest-growing energy source between 2018 and 2050, surpassing petroleum and other liquids to become the most used energy source. Worldwide renewable energy consumption is expected to rise by 3.1% per year between 2018 and 2050. That compares with 0.6% annual growth in petroleum and other liquids, 0.4% growth in coal, and 1.1% annual growth in natural gas consumption.

In mid-September, the Potential Gas Committee said that the U.S. possesses a total mean technically recoverable resource base of 3,374 trillion cubic feet (Tcf) as of year-end 2018. This is the highest resource evaluation in the committee’s 54-year history. It exceeds the previous high assessment (from year-end 2016) by 557 Tcf (an increase of about 20%).

Source: EIAThis marked the largest two-year increase in absolute resources between evaluations in the Committee's history. The increase resulted from reassessments of shale gas resources in the Atlantic and Mid-Continent areas and conventional and tight gas in the Mid-Continent and Rocky Mountain areas.

In its forecast to 2050, EIA said that global liquid fuels consumption is expected to increase more than 20% between 2018 and 2050, and total consumption reaches more than 240 quadrillion Btu in 2050. Demand in OECD countries remains relatively stable during the projection period, but non-OECD demand increases by about 45%.

By posting a comment you confirm that you have read and accept our Posting Rules and Terms of Use.
Advertisement
RELATED ARTICLES
These countries are likely to lead natural gas demand growth, EIA says
For Independence Day EIA profiles energy use since 1776
6 notable HVAC takeaways from EIA's Annual Energy Outlook 2020
Gas production set for 30-year growth trend, EIA says
Fossil Fuel Use for Power Fell in 2017, EIA Says
Advertisement