“If you build it, they will come.” 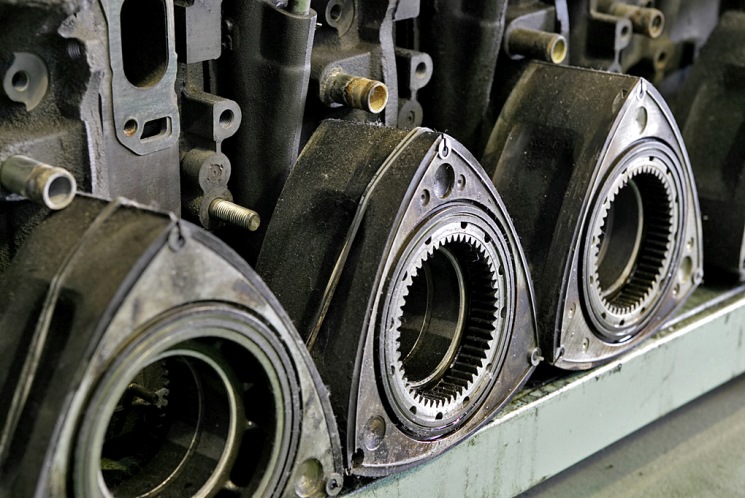 Rotors of a rotary engine.

This phrase and its variations are as timeless as the Bible and as popular as Kevin Costner. Yet it also applies to automaker Mazda and its proprietary Wankel engine, more commonly referred to as a rotary engine.

Last month Australian auto website Drive reported that Mazda has further revised its vision for the rotary engine and its future. Mazda is planning a hybrid vehicle, with the project name XEV, which will also use the rotary engine.

Mazda has not produced a rotary engine-powered vehicle since the last RX-8 model in 2012, however the technology’s inherent advantages — chiefly smooth power transmission, compactness, high RPMs and favorable power-to-weight ratios — as well as its novelty, has earned it a loyal sports car fan base. In fact just this year, seven years since the last new vehicle, the U.K.’s Classic Sports Car Club launched a racing series dedicated to the RX-8.

Mazda recognizes how important the rotary engine is to its legacy and customers. As covered by Engineering360 in 2017, Mazda announced that the rotary engine would return to a production vehicle as a range extender (REX). An REX works like a small generator to convert fuel into electricity to recharge an electric vehicle (EV) battery bank. Mazda added that they expect their vehicle roster to consist of 95% REX vehicles by 2030, with the remainder composed of battery-only EVs.

This means that a rotary workhorse will in fact deliver some motive power for the XEV, just not the horsepower needed to win races. 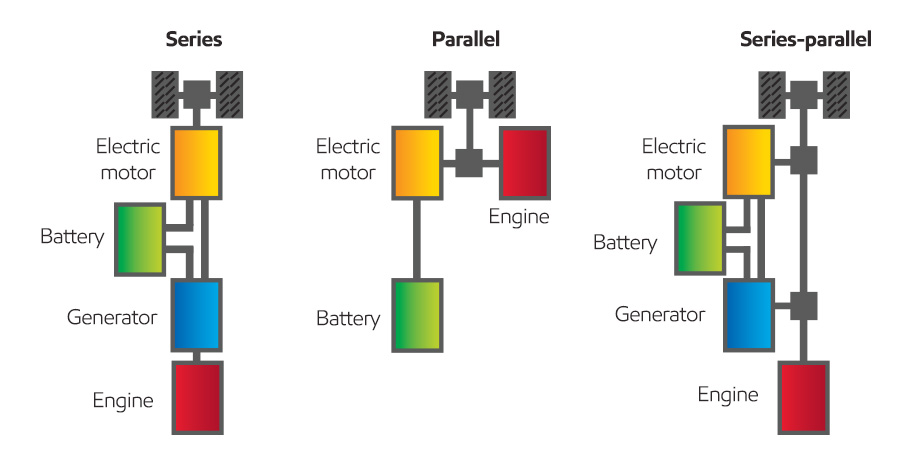 As the name implies, motive power for hybrid vehicles is provided by two or more mechanical outputs and the vehicle can alternate or sum the power sources. Hybrid vehicle technology has existed in some format since the 1930s, when trolley buses first integrated small internal combustion engines (ICEs) to navigate short distances away from catenary systems.

Today’s passenger hybrid vehicles belong to one of four hybrid classes: parallel, through the road (TTR), series or split power.

Parallel hybrids utilize both an ICE and an electric motor connected to the same vehicle powertrain. A parallel hybrid utilizes both inputs under all operating conditions, although one of the inputs may be dominant. The rotational inputs from the ICE and electric motor must match, although the torque supplied may differ.

TTR hybrids supply different power inputs to different axles. Whereas the rear wheels of the vehicle might be powered by electric motors, the front wheels are powered by an ICE, or vice versa. The vehicle can utilize either, or both for all-wheel drive.

A series hybrid removes the ICE from the mechanical powertrain. Instead, the ICE acts as a generator and delivers current to electric motors that provide locomotion. This separates the ICE from the motive demand and permits it to operate at the most efficient operating cycle, while also removing bulky mechanical transmission equipment. High, rapid power demand is met via on-board battery reserves.

Finally, in split-power hybrids, electric motors provide initial acceleration and low-speed cruising, and the ICE takes over once vehicle energy demand outpaces the supply of the batteries. ICEs produce little torque when operating at low RPMs, unlike electric motors. This permits the ICE to operate in the most fuel-efficient power band. Power supply trade-off is handled by a planetary gear transmission called a power split device.

Most hybrid vehicles make use of generative braking, which recoups kinetic energy and helps the vehicle decelerate. Additionally, it is common for the ICE to recharge hybrid vehicle battery banks when running. However, not every hybrid car can be plugged in to the electric grid to be recharged.

Notably, Mazda plans to implement a rotary-engine hybrid on a flexible vehicle platform with configurable ratios of petroleum or electrical storage. This would permit the future hybrid to operate as a split-power or series-type hybrid.

“What that allows us to do is, depending on the ratio between the two, is that we can have a derivative that can work more like a plugin hybrid,” said Ichiro Hirose, managing executive office of powertrain development for Mazda. “It could be a pure battery-electric, using really the rotary engine as a range extender and, according to the balance, you can even provide something akin to the series hybrid that is providing the drive force." 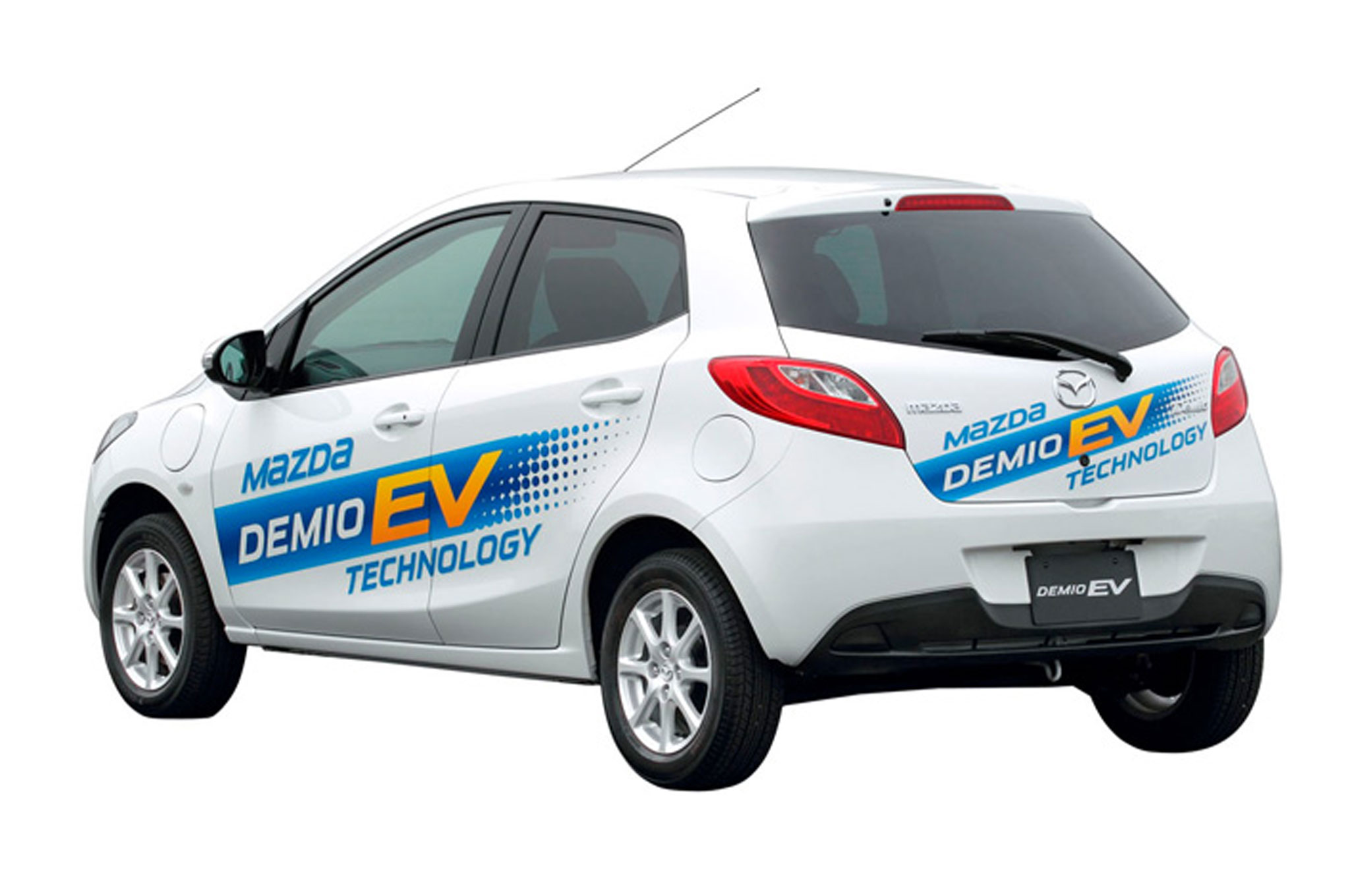 Key pitfalls of rotary engines are poor emissions and fuel efficiency. The flexible hybridization of the XEV will permit this vehicle model to meet varying emissions regulations throughout the globe. Meaning the rotary engine REX may only be available in certain emissions-strict countries like the U.S., whereas other, less-strict markets may get different hybrid technologies.

The Toyota Prius is the most notable split-power hybrid on the market. Mazda and Toyota have a long-standing commercial and technical partnership. The compact car sold as the Toyota Yaris in North America is manufactured by Mazda and branded as a Mazda2 in other markets. Previous generations of Mazda2 models included TTR hybrid or technology.

The Yaris is a far cry from the RX-8, but hope remains. There are several notable hybrid sports cars on the market today, including the BMW i8 and Porsche 918, both of which are TTR hybrids. However, those vehicles have a drastically different customer base.

A more apt performance and price comparison for the XEV might be the Chevrolet Bolt or VW e-Golf. Coupled with Mazda’s skill for agile sports cars, the “zoom, zoom” automaker may eventually be back in the rotary engine sports car market after all, albeit in hybrid form.