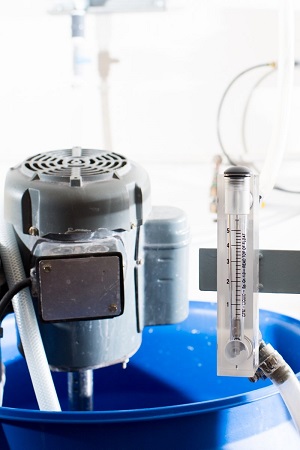 An emissions control system is under development to derive oxalic acid from captured CO2. The chemical produced can be used to extract rare earth elements from ore bodies, improve the economics of exploiting domestic resources and reduce dependence on China for rare earth imports.

The researchers installed the new scrubber design in a steam plant on the university’s campus. A sodium carbonate solution is injected at the top of the scrubbing column as flue gas is compressed through a filter that removes particles, then passes through a cooling unit before it enters the bottom of the column. The sodium carbonate removes CO2 as the flue gas bubbles up the column in the pilot plant-scale system, reducing emissions from 8% to 4% CO2.

In addition to efficient CO2 removal, the scrubber design offers economic benefits to users. The use of sodium bicarbonate at a cost of $200 per ton represents a marked operating cost savings relative to the amines widely consumed for this application at $20,000 per ton.

Do they now that it takes more energy to take out the C from CO2 than it gives you when you burn the coal???

Is that the sort of research that makes sense?

Is the coal maybe better and can be used as coking coal?

The madness has no end!

This was meant a reply to this thread:

thank you so much for this article. I am a big fan of your article .