Agriculture is a major source of ammonia emissions worldwide, largely due to the ammonia component of fertilizers. While the compound provides a bioavailable form of nitrogen to crops under cultivation, the highly reactive gas can combine with other air pollutants to form species responsible for respiratory ailments in humans and that contribute to climate change.

The potential for fire-derived organic matter, also known as charcoal or biochar, to capture nitrogen from 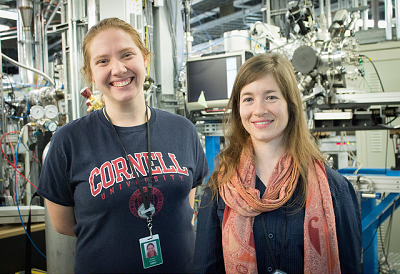 The material, which is an abundant constituent of soil, atmosphere and water, was observed to readily react with the gas and form covalent bonds under conditions approximating the natural environment. Formation of these bonds could provide a long-term slow release fertilizer for field and greenhouse crop production. Nitrogen retention from ammonia increased six-fold after the pyrolyzed material was oxidized to simulate natural weathering.

Scientists from Cornell University, Canadian Light Source and University of New South Wales (Australia) contributed to this research, which is published in Nature Communications.