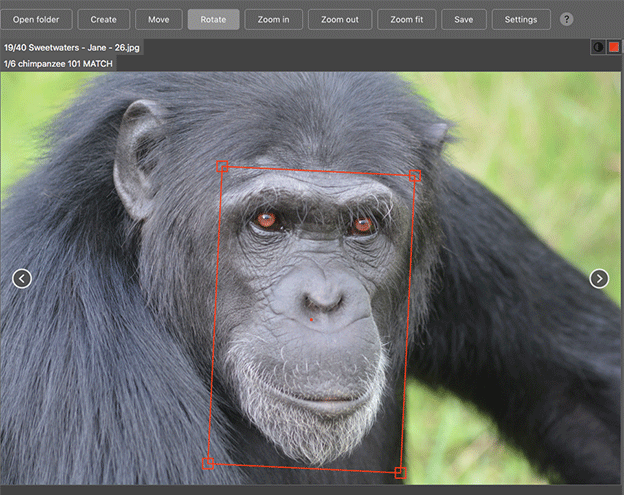 Source: ChimpFaceFacial recognition software is being used to fight the illegal trading of chimpanzees.

The software, called “ChimpFace,” was born from the growing issue of chimpanzee trafficking, which results in roughly 2,000 chimpanzees captured each year by smugglers and then advertised and sold on places like Facebook and Instagram.

Trained on a database of 3,000 face images of the endangered species, the algorithm scours social media posts in search of chimpanzee images. In each chimpanzee picture flagged by the algorithm, a box appears around the face of the chimpanzee in question. The face is then matched with images held in the database. If the technology locates a trafficked animal, law enforcement is notified and can then pursue the account owner responsible for posting the images — be it the smuggler or the customer who purchased the animal. The algorithm has been trained to recognize chimpanzees in under a second.

Conservationist Alexandra Russo came up with the idea for ChimpFace while investigating online ape trafficking on social media platforms, scouring posts for advertisements offering the animals for sale. Capable of fetching $12,500 each, baby chimps are typically illegally purchased by customers as varied as wealthy people looking for an exotic pet to commercial zoos in search of performers, according to a BBC investigation into chimpanzee smuggling.

“We were spending more and more time looking through the depths of the internet; it's like a rabbit hole. You don't know where to look, you click around pretty aimlessly until you start to find things that look suspicious. So, I thought there must be a more efficient way to do this," Russo explained.

"I began discussing the possibility of using some kind of software that could automatically find ape faces in online searches."

To develop the algorithm, Russo teamed with the non-profit Conservation X Labs, to build the database using images from organizations such as the Great Ape Project in Brazil and Project Primate International in Guinea.

"They send us images of known named apes so we can build the individual recognition algorithm, but the fact that chimpanzee faces are so close to human faces creates a harder technical challenge," said Dr. Colin McCormick, a computer vision expert at Conservation X Labs.

To combat that issue, McCormick stressed that facial algorithms have got to be able to distinguish human faces online from chimpanzees.

As the database is constantly expanding to include more images, accuracy is expected to improve and Russo envisions partnering with social media platforms where these illegal transactions generally take place to incorporate ChimpFace into their future monitoring.

This isn't the first time that facial recognition technology has been used to track animals. Authorities in China have been applying the technology to monitor pigs amid an African swine fever outbreak.

By posting a comment you confirm that you have read and accept our Posting Rules and Terms of Use.
Re: Facial recognition tech used to stop illegal chimpanzee trade
#1

I wonder if they got images of Caesar, Zira, Lucias, or Cornelius in their database ? 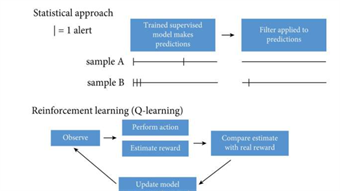 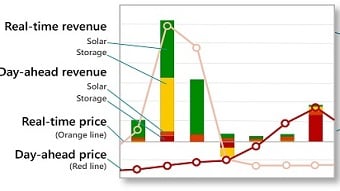