A team from the School of Engineering at Stanford University and École Polytechnique Fédérale de Lausanne in Switzerland have created FlyCroTug. FlyCroTug is a miniature flying robot that can move objects 40 times its own weight. It has advanced gripping technologies that allow it to move and pull objects. FlyCroTug robots can also work together to move objects, like opening doors. 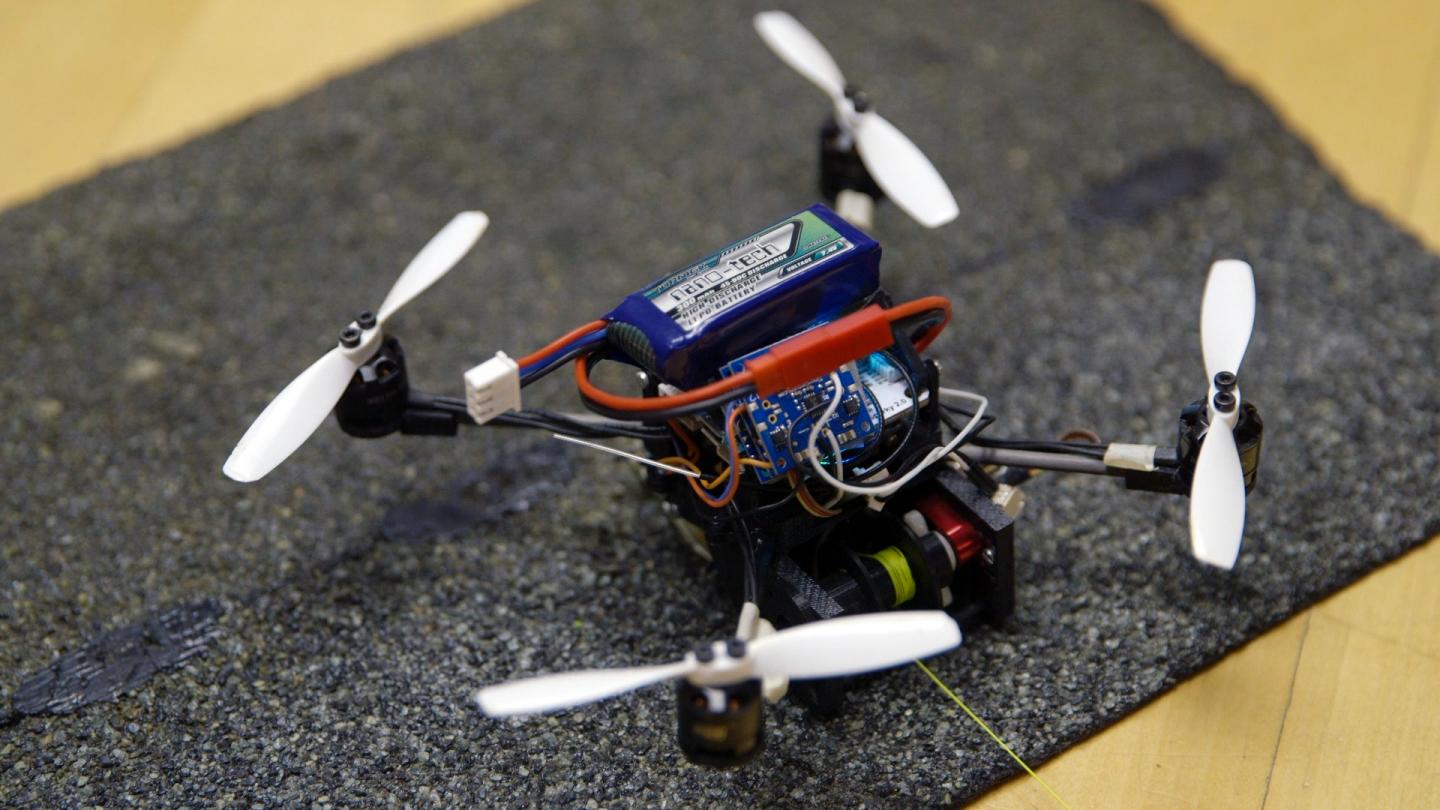 The robot anchors to surfaces with adhesives inspired by gecko and insect feet. The non-stick adhesives act like a gecko’s toe surface. It also has 32 microspines to grip to rougher surfaces that the gecko-like grippers may not stick to.

The design of the robot was also inspired by wasps, which have a prey-capture transport method that determines if the insect is going to carry or drag its prey. A wasp can also quickly maneuver small spaces and move objects larger than itself.

The small size of FlyCroTug allows it to be fast but maneuver in constraining environments. The team believes FlyCroTug is a good tool for search and rescue, as it can move debris or position a camera so rescuers can analyze an area before launching a mission. The robot has a winch, cable and the microspines or gecko adhesive. Parts can also be added to the robot, like wheels, so it can move on the ground.

"Wasps can fly rapidly to a piece of food, and then if the thing's too heavy to take off with, they drag it along the ground. So this was sort of the beginning inspiration for the approach we took," said Mark Cutkosky, the Fletcher Jones Chair in the school of engineering and a co-author of the paper.

"When you're a small robot, the world is full of large obstacles," said Matthew Estrada, a graduate student at Stanford and lead author of a paper on FlyCroTugs, "Combining the aerodynamic forces of our aerial vehicle along with interaction forces that we generate with the attachment mechanisms resulted in something that was very mobile, very forceful and micro as well."

"People tend to think of drones as machines that fly and observe the world, but flying insects do many other things - such as walking, climbing, grasping, building - and social insects can even cooperate to multiply forces," said Dario Floreano, who was senior author on the paper, "With this work, we show that small drones capable of anchoring to the environment and collaborating with fellow drones can perform tasks typically assigned to humanoid robots or much larger machines."

"The tools to create vehicles like this are becoming more accessible," said Estrada. "I'm excited at the prospect of increasingly incorporating these attachment mechanisms into the designer's tool belt, enabling robots to take advantage of interaction forces with their environment and put these to useful ends."

The paper on this new robot was published in Science Robotics.

By posting a comment you confirm that you have read and accept our Posting Rules and Terms of Use.
Advertisement
RELATED ARTICLES
Video: Gecko-inspired FarmHand can grip grapes, tomatoes
Six Half-Ounce Micro-Robots Tow a Two-Ton Chevy
Watch: Gecko feet prove that robots need toes to climb
Watch How Soft Robotic Fingers Get a Grip With Gecko Adhesives
UV Light Turns Gecko-inspired Adhesive On and Off
Advertisement