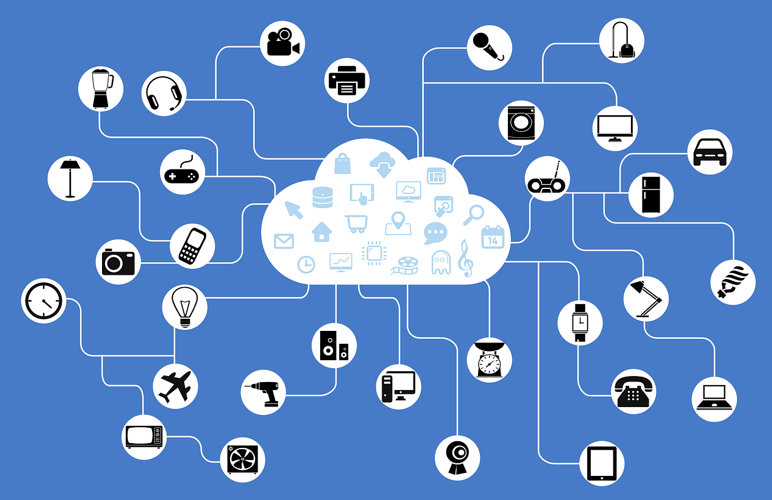 Figure 1: Illustration of the internet of things (IoT).

The internet of things (IoT), simply put, extends the frontier of internet connectivity from traditional smart devices such as phones, tablets and watches into those that, up until very recently, were considered “dumb.” Washing machines, toaster ovens, riding lawnmowers — all are candidates for the transformation currently taking place. The growth of IoT means new business opportunities and new technological innovations, as well as new concerns over just what happens to all that data.

Here are five IoT trends to watch over the next 18 months.

1. Industrial as a Primary IoT Use Case

Industrial processes are already largely dependent on control and automation, and the growth of IoT offers the potential to improve on processes while also cutting costs.

“I think we’ll see the industrial sector really look to IoT as a fundamental element (in order to) digitally optimize and digitally transform their core businesses,” said Eric Goodness, research vice president for IoT at Gartner.

IoT platforms present a competitive offering to existing industrial systems, yet at present, Goodness said, the use of IoT is a far cry from its potential.

“It’s just being used to analyze cold data that’s been pushed to a data lake someplace,” where it is used to identify production line or asset anomalies. “But ultimately, IoT is an augmenter or a replacer of industrial control and automation systems.”

A recent article in “Manufacturing Automation” elaborates on that point, making note of methods by which manufacturers — many of which are interested in IoT, but uncertain of where to begin — might start to make the IoT transition. By integrating automated data collection into the enterprise, for example, manual process errors can be eliminated.

“Once a manufacturer has an effective data collection and automation system in place,” the magazine adds, “that system becomes a stepping-stone to more opportunities.”

To be sure, IoT has already had an impact on the supply chain in terms of monitoring and tracking transported goods. FedEx, for example, offers a sensor-based logistics (SBL) service with the ability to monitor critical shipments in near real-time from the moment they are packed to the time they are delivered.

A near-term frontier for manufacturers will be connected products that can identify and capitalize upon “business moments”: a connected car that can proactively send a coupon for a muffler change service in response to a diagnostic light, for instance. Whether the issuer of that coupon is an automobile manufacturer or a communication service provider like AT&T or Verizon, Goodness notes, it stands to receive a percentage of the transaction when the coupon is redeemed.

While there are probably over 100 device-to-cloud IoT platforms already, said Dan Shey, vice president, enabling platforms at ABI Research, new companies are continuing to find their way into this space. The trend is driven by the fact that companies, particularly OEMs, want to protect access to and ownership of their data. Allowing a third party to connect their machines to the cloud could expose intellectual property knowledge and diminish competitive advantage.

“It’s not a surprise that you see many of the industrial OEMs coming out with their own IoT solutions,” Shey added.

They may not be able to do it alone, however. Many companies are currently in the process of hashing out their cloud strategy, realizing that a relationship with one of the big cloud suppliers is key.

“When a company is thinking about building a connected thing, the cloud suppliers are getting a seat at the table very quickly,” Shey said. Analytic solutions built by the machine suppliers also can be highly valuable.

Goodness predicts that some of the larger organizations will begin to look for partners to achieve one of the primary goals of IoT: connecting their core operations to their supply chain and, ultimately, linking them to their customers.

“They’re starting to realize that, instead of waiting for third parties to produce (those) platforms…they’re taking matters into their own hands,” said Goodness.

There is strong reason to do so. One of the most significant benefits of partnership-based IoT solutions is the opportunity to transform one-time transactions with customers into ongoing business relationships. This can be seen within the broad reach of a transportation-oriented business such as Michelin, for instance. Goodness notes the way the company leveraged its acquisition of fleet management companies in the U.S. and Brazil to transform its tire outsourcing service.

Originally a spreadsheet-based business designed to offer periodic, one-time charge tire replacements to trucking and logistics customers, the service became an IoT platform that could monitor tire-pressure monitoring systems, identify wear patterns caused by heavy braking and the like, and provide customers with real-time, algorithm-driven knowledge of when tire failures were likely to occur. This allowed the company to enter into the adjacent market of “tire as a service” and charge tire customers for the ongoing service by the mile.

In the area of telecommunications, the ubiquitous low-bandwidth sensors and devices that often come to mind when one thinks about IoT engender a new class of communications technologies: low-power, wide-area (LPWA) wireless. Mark Hung, research vice president for IoT and AI at Gartner, notes that these technologies can be largely broken into two camps: proprietary technologies such as SigFox and LoRa; and 3GPP-standard cellular technologies such as NB-IoT and LTE Cat-M1. The latter has taken longer to come to market, but the technologies involved are derivatives of the 4G/LTE standard, and eventually will also be supported by 5G.

“We expect that the mainstream LPWA deployments will use 3GPP technologies,” Hung said. It will take some time, however, before the 3GPP camp will start to dominate. “Within the next 18 months, the two camps are going to be pretty competitive against each other,” Hung said. “(In the) long term, 3GPP technologies will win out — with one key exception.”

That exception is LoRa, which takes an alternate approach: Whereas the business model for cellular technologies is based upon paying an operator a recurring fee, LoRa allows users to deploy a network of their own.

“It’s kind of like Wi-Fi,” Hung added. LoRa use cases include smart cities, large event venues and campuses for both higher education institutions and corporations.

Yet, regardless of which technology camp one focuses on, as Shey pointed out, “the number of connected things over low-power wide-area networks is going to grow dramatically.” The long battery life that is a key characteristic of these connected things opens up myriad options for sensing, collecting data or being alerted about some event. Moreover, he said, while in the past connectivity relied upon short-range wireless technology like Bluetooth or a mesh network, it is now possible for a sensor to be miles away from its data source.

One area where this could make a tremendous impact is asset visibility services. The term is used to describe the provision of actionable information — such as identity, location and status — on various types of resources.

“LPWA technologies will be a game-changer for asset tracking,” Shey said. “[They] offer better range and building penetration than 2G, 3G and 4G technologies” along with an ROI that is “dramatically improved, relative to older cellular and wide-area technologies.”

“IoT has gotten a lot of hype in the marketplace (over) the last few years,” said Hung, “but in terms of market growth it’s steady — it’s not spectacular.” One of the key reasons, he believes, is that no one has identified a “killer app” or a must-have aspect of IoT that has pushed either the consumer or the enterprise market to adopt it more quickly. However, he said, there have been incredible advances over that same period of time for the subset of artificial intelligence (AI) known as deep learning, which is highly dependent on data. “What people have recognized is that deep learning and IoT really have this very symbiotic relationship. IoT provides the data…maybe one of the new applications that come out of AI can be that killer app for IoT.”

Hung also notes that a lot of major players in the tech space are starting to push their AI capabilities out to the network edge — in other words, processing data in close proximity to the device where the data is actually being produced. This conserves network resources. At present, the ability of an Amazon Echo or Google Home Assistant to interpret and understand natural language is dependent on the cloud, which places a significant burden onto the cloud service providers.

“They can never build their data centers fast enough to accommodate that demand,” Hung added. Edge computing changes that and is something that will become crucial for IoT applications demanding low latency, such as autonomous vehicles.

One can barely talk about the IoT without considering the security and privacy implications of such unprecedented and comprehensive connectivity. Although Europe already has strong laws in place to protect end users, Goodness thinks that what happens next for the U.S. is a coin flip largely dependent on the blowing political winds. This is further complicated by the fact that technology is the engine of growth and innovation for America; in the eyes of politicians, stronger protections may serve to hamper the pace of progress. Politics aside, strategizing around system vulnerabilities remains an important factor in IoT growth.

“With the proliferation of devices, the attack surface has greatly increased,” noted Hung. Unlike digital assets like smartphones and servers that are normally kept under close watch by their users, some IoT assets such as remote sensors are often deployed out in the open with little in the way of built-in security. This fact has pushed forward greater focus on hardware-based security mechanisms such as Secure Element (SE) chips, which offer a tamper-resistant environment for the storage, processing and external communication of data. One example in major use is the chip embedded into modern credit cards; Hung adds that the rise in mobile payments has prompted implementation of the technology in smartphones.

There is also the “isolated sandbox” approach of the trusted execution environment (TEE), such as the TrustZone technology created by chip architecture designer Arm. This can be used to protect core operating system and security functions within their own untouchable memory space. According to Hung, Arm has pushed TrustZone to lower-end architectures in order to cost-effectively implement TEE; examples might include resource-constrained IoT devices such as those designed for medical monitoring or package tracking.

Still, Shey cautions that the movement toward hardware-based security will face the requirement of new installations; retrofits probably will not be an option in many cases. As new LPWA devices are developed, however, hardware-based security can be built in from the beginning — a trend that represents yet another business opportunity directly related to the IoT.

Re: Near-Future Trends for IoT
#1

This is simply making it much easier for hackers to steal information, including industrial process information, trade secrets, intellectual property and even inventory information that can be sold or used by competitors to gain an unfair marketing/profit/strategic position.

Europe has some safe guards while it's open season on information including voting machines, etc. here in the USA. 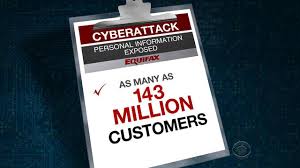