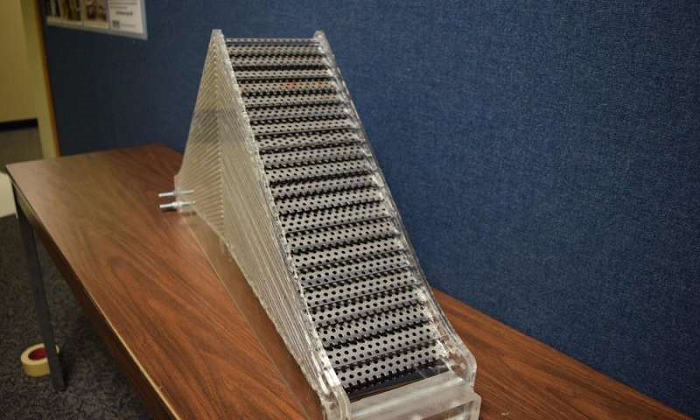 Acoustic ground cloaks redirect approaching waves around an object without scattering the wave energy, concealing the object from the sound waves. This image is a profile picture of the assembled perforated plate ground cloak. Source: Peter Kerrian

An acoustic ground cloak may soon be concealing underwater objects from detection by means of bending approaching sound waves around an object. At the 175th Meeting of the Acoustical Society of America, held May 7-11, 2018, in Minneapolis, Pennsylvania State University researchers discussed their cloaking technology and explained its potential contributions to real-world applications, such as acoustic materials to dampen sound and appear invisible underwater.

The development focuses on engineering a metamaterial that redirects sound waves around an object as if it were not there. The unit cell — the smallest component of the metamaterial — must be smaller than the acoustic wavelength of interest. Acoustic cloaking underwater is more complicated relative to sound wave deflection in air because water is denser and less compressible than air.

A three-foot-tall pyramid composed of perforated steel plates was placed on the floor of a large underwater research tank. A source hydrophone inside the tank produced acoustic waves between 7,000 Hz and 12,000 Hz, and several receiver hydrophones around the tank monitored reflected acoustic waves.

The flat surface of the bottom of the tank was mapped by linear coordinate transformation, enabling determination that space was compressed into two triangular cloaking regions consisting of the engineered metamaterial.

By posting a comment you confirm that you have read and accept our Posting Rules and Terms of Use.
Advertisement
RELATED ARTICLES
3D Printed Metamaterial Isn’t Constrained When Compressed By Magnets
How Soundproofing Acoustic Foam Actually Works
The Technology of Metamaterials
Video: Battery-free piezoelectric sensor could enable an underwater IoT
Video: Acoustic metamaterial promises a quieter world
Advertisement 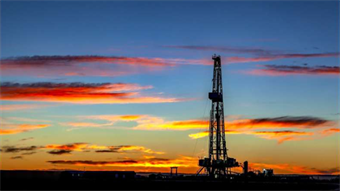