A Roadmap for Resisting Radiation in Space 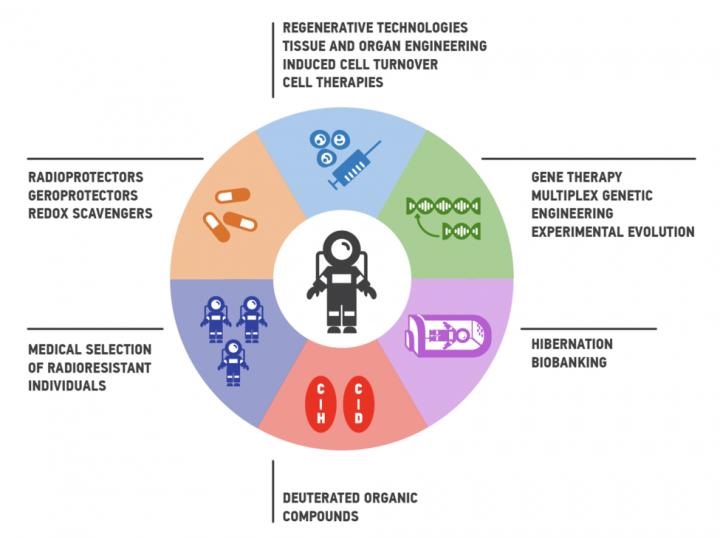 Colonizing space is a hot topic these days, thanks in part to the recent SpaceX launch of the Falcon Heavy. That craft, which shot into space earlier this month, was designed to address the astronomical cost problem of space travel’s viability by employing reusable rockets.

But as a group of international scientists note, little consideration has been given to the problem of protecting spacefarers against harsh cosmic and radioactive environments. Their roadmap for enhancing human resistance to radiation — particularly for the purpose of deep space colonization and exploration — appears in a recent issue of Oncotarget, in a paper entitled “Vive la radiorésistance!”

"The cost of one productive life year (PLY) for humans in space is likely to be much higher than on Earth and efforts should be made to maximize PLYs of the colonists,” states Alex Zhavoronkov, PhD, founder and CEO of Insilico Medicine, Inc. at Johns Hopkins University in Baltimore. “Nations worldwide should consider putting aside the ideological differences that lead to segregation and slowdown in science and unite around achieving increased longevity and health of the space travelers."

The main components of space radiation are solar particle events (SPE), geomagnetically trapped radiation and galactic cosmic radiation (GCR). It has been estimated that a return trip to Mars could subject astronauts to radiation doses of 660 mSv — more than half the total NASA astronaut career limit of 800-1,200 mSv.

“Our ‘Falcon Heavy’ is the fully integrated end-to-end drug discovery pipeline utilizing the next-generation artificial intelligence,” says Ivan Ozerov, PhD, Insilico’s director of target discovery. The company’s immediate goal is to use AI to transform the pharmaceutical industry. Ozerov notes that “the same AI pipeline can be applied to discovery and development of new therapeutic strategies including geroprotectors, senoremediators and radioprotectors.”

Presentations on strategies for achieving increased radioresistance and longevity will be offered at the 5th Annual Aging Research for Drug Discovery Forum and the 2nd Annual Artificial Intelligence and Blockchain Technologies for Healthcare Forum in Basel, Switzerland, as part of the Basel Life Congress, September 11-14.

Re: A Roadmap for Resisting Radiation in Space
#1

If NASA or SpaceX wants to deploy on interplanetary missions one day they will need to solve two thorny mechanical engineering problems before they can make long-haul manned spaceflight viable: gravity and radiation.

Man was not created for zero-G.

Man was not created to endure radiation exposure of deep space.

/In the Newtonian World

We couldn't find any recent articles for this section.