Sensors That Sniff Out Disease, and More 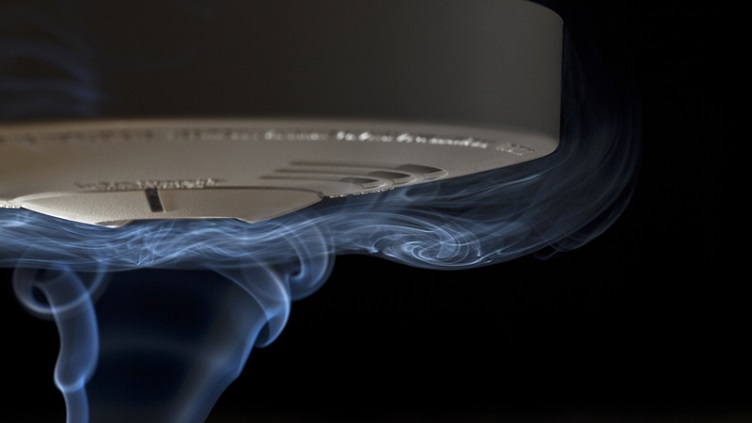 Sensors that can sniff out chemicals in the air are used today to detect carbon monoxide, drunk drivers, hidden explosives and even diseases on a person’s breath. Thanks to new research from Drexel University and the Korea Advanced Institute of Science and Technology (KAIST), they may soon be able to pick up disease indicators in much lower traces.

As published in the American Chemical Society journal ACS Nano, a two-dimensional, metallic material called MXene can be used as a highly sensitive detector of gaseous chemicals. The titanium carbide substance is highly conducive, and undergoes a measurable change of electrical conductivity when — and only when — the particular chemical it was designed to detect is present.

"MXene can detect gases in the 50-100 parts per billion ranges, which is below the concentration necessary for current sensors to detect diabetes and a number of other health conditions," said Dr. Yury Gogotsi, of Drexel’s College of Engineering. Gogotsi served as a lead author of the study.

MXene’s porous structure and chemical composition allow gas molecules to move across its surface, where it “snags,” or absorbs, certain molecules that are chemically attracted to it. The material was first discovered at Drexel in 2011, and Gogotsi’s Nanomaterials Research Group has created and studied more than two dozen different chemical compositions for it. This could enable sensors to be developed for a wide range of gases.

In fact, breath analysis is currently being developed for early diagnosis of multiple types of cancer, cirrhosis, multiple sclerosis and kidney disease. The ability to spot the chemical indicators for these diseases in lower concentrations makes early diagnosis and treatment more likely. Moving forward, Gogotsi notes, MXene sensors could also play a role in environmental monitoring, energy harvesting and storage, as well as health care.

"We can also imagine personal sensors that will be in our smart phones or fitness trackers, monitoring body functions and the environment while we work, sleep or exercise, accessible with a tap of a finger. Improving the detection sensitivity with new materials is the first step toward making these devices a reality," he adds.

By posting a comment you confirm that you have read and accept our Posting Rules and Terms of Use.
Advertisement
RELATED ARTICLES
Wearable Artificial Kidney May Soon Help Those in Need of Transplants
Nanomaterial Shields Devices from Interference
Detecting Disease Markers Through Breath
Liquid Crystal Design for Portable Chemical Sensors
Fujitsu Uses Graphene to Open Gate to New Gas Sensors
Advertisement