The Western concept of innovation brings to mind casually dressed tech-giant employees hashing out programming bugs in colorful lounges, or CEOs in black turtlenecks periodically revealing the next life-changing product. In emerging markets, though, innovation takes a much more pragmatic, frugal aim, a view that could eventually influence more developed economies.

Innovation is difficult to define beyond essentially doing or making something new. One definition, however, says that it is “the application of better solutions that meet new requirements, unarticulated needs or existing market needs.” The developed-economy version of innovation caters to new requirements and unarticulated needs. Before the iPhone, for example, consumers could only imagine their need for such a device. Smartphones then went on to not only revolutionize the way humans live and work but also created new requirements and needs of their own. Silicon Valley innovators spend billions in R&D to create ever more complex products, creating immense profits throughout their supply chain.

Branching Out From Jugaad

Frugal innovation stems from the concept of jugaad, essentially the Hindi word for “life hack.” A 2014 article defined jugaad innovation as “an improvisational approach to solving one’s own or others’ problems in a creative way, at a low cost, in a short amount of time, and without serious [discipline], applied by people at the bottom of the pyramid (BoP) as a result of poverty or exigency.” Jugaad solutions can be simple “good-enough” work-arounds, rule-bending solutions or creatively finding uses for existing technology. 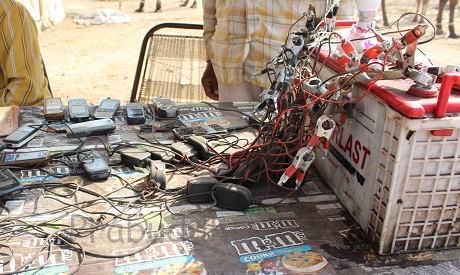 A perfect (albeit unsafe) example of jugaad's "good enough" ethos. Source: Prabuddha Jain / CC BY-ND 2.0 Human-powered water filters are commonly cited as frugal innovations. These devices look like stationary exercise bikes, but pedaling the bicycle operates a peristaltic pump that moves water through a filter from one container to another. These are often light enough to be portable, so people in areas that struggle with water access can easily move them to water sources and perform filtration using simple leg movements.

Frugal innovation is common in India, where the jugaad concept originally developed. A prime example of this occurred following the devastating 2001 Gujarat earthquake, which killed over 14,000 people and destroyed nearly 400,000 homes. In the wake of the disaster, a local entrepreneur developed the Mitticool, a low-cost clay refrigerator that does not require electricity. Water is stored in the device’s upper chamber, and as it drips down the sides of the refrigerator it evaporates and removes heat, keeping both chambers cool. Fresh fruits, vegetables and milk can be stored in the lower chamber for two to three days. Mitticool fridges are still sold in India.

From Grassroots to Major Multinationals

While frugal innovation often happens locally at the grassroots level, major corporations are also getting involved. Companies like IBM and GE are investing in what Balkrishna Rao, associate professor at Indian Institute of Technology-Madras, coined "advanced frugal innovation" in early 2017. Rao characterized these innovations as low-cost, leveraging of advances in science and technology from inception, and the involvement of workers with advanced degrees able to understand and leverage advances in science and technology.

IBM took a low-cost approach to Nairobi’s traffic problems in Kenya, for example. Nairobians spend an average of 56 minutes in traffic on one-way trips, one of the worst rankings globally. At their research center in that city, IBM developed a mobile service called Twende Twende, Swahili for “let’s go.”

The system takes images using a network of low-cost cameras and applies network-flow algorithms to estimate traffic flow and provides users with alternative routes. IBM worked around the poor image quality of the existing city cameras by programming the algorithm to consider how much road could be “seen” through the cars and other objects, rather than sensing every vehicle on the road. Because the road cameras only cover 5 percent of Nairobi streets, IBM’s algorithm is designed to work with feedback from only those cameras and build models estimating traffic on other roads. The system sends traffic alerts to subscribers via text message in an effort to reduce congestion. Twende Twende is an effective frugal innovation because it integrates into a low-cost existing system and takes advantage of mobile phone use in Nairobi, which has exploded in recent years. 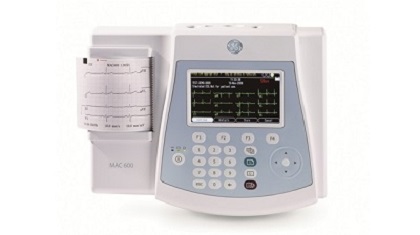 The low-cost MAC 600 ECG. Source: GE HealthcareMajor health care companies are also using frugal innovation to provide their products and services to emerging markets. In 2007, GE launched their MAC 400 electrocardiogram (ECG) system in India. The MAC 400 has much of the functionality of the company’s larger ECG systems found in major hospitals but costs significantly less, making it ideal for use across rural India. The company used several jugaad-inspired hacks to reduce the device’s cost. For example, GE repurposed a small printer originally used to print bus tickets and incorporated it into the MAC 400 instead of designing a new one.

The battery-operated MAC India model, which incorporates a smaller printer and other lower-cost features, costs only $500 and reduces the cost of an ECG exam to a few dollars. The MAC ECG machines have been a resounding success in India, with tens of thousands sold.

GE has since introduced the low-cost Lullaby Warmer Prime and Lullaby Resus — an infant warmer and a resuscitation device — to the India market. Both devices use basic but effective functionality and cut costs in half compared to conventional devices.

Will the Jugaad Philosophy Spread to the Developed World?

Some commentators believe the perceived glut of “more is more” innovation in developed countries may give way to more practical innovations influenced by jugaad. In a March 2017 TED article, Navi Radjou explains that those wishing to become frugal innovators should, by and large, keep it simple. Solutions should be easy to use and accessible rather than existing to impress consumers and create problems of their own. In this vein, innovators are better off observing consumer problems rather than spending millions on R&D.

Radjou also urges innovators to build on existing resources rather than re-inventing the wheel, and also to think horizontally rather than vertically. In a traditional innovation scenario, a company tends to scale vertically and centralize operations in increasingly large production centers. Frugal innovation demands using a supply chain consisting of smaller production centers. While in developing countries this model was born of necessity, in developed economies it could help companies be more agile in the production processes.

Developing economies pioneered frugal innovation out of necessity, but innovators in developed economies are beginning to see its value as well. In a time when resources are increasingly constrained and concern for environmental health is at an all-time high, frugal innovation may be an unexpected source of inspiration for new innovators.

By posting a comment you confirm that you have read and accept our Posting Rules and Terms of Use.
Advertisement
RELATED ARTICLES
Engineering solutions for the developing world
Engineering Is the Profession Most Vital to Economic Growth, Survey Finds
Ugandan Software Engineer Awarded Africa Prize
IEEE Initiative Announced to Boost 5G Innovation
Engineering for the Developing World: Meeting Market Demand
Advertisement