A Look at Stealth Bomber Technology

Virtually undetectable, stealth aircraft can penetrate far into enemy territory, initiating strikes before the enemy can mount a defense. Stealth technology is expensive and difficult to develop, but once attained it is deadly. Its operational effectiveness has been proven in a number of conflicts, including the first Gulf War, the War in Afghanistan and the 2011 military intervention in Libya.

The purpose of stealth technology is to conceal aircraft from detection by the enemy. Compared to traditional aircraft, stealth aircraft gain additional survivability due to their ability to avoid engagement by surface-to-air and air-to-air weapons systems. By avoiding detection, surveillance can be carried out without interruption. On combat missions, stealth aircraft gain the element of surprise, a tactical advantage that allows them to choose the moment of engagement. 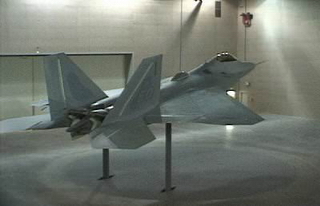 Radio detection and ranging (radar) is the primary means of detecting aircraft. Stealth aircraft counter radar with a variety of techniques. Covering the plane in radar-absorbing materials is one approach. The B-2’s construction includes a special carbon-graphite composite surface material, as well as paints and tapes that require frequent maintenance. To reduce maintenance costs, Northrop Grumman developed a new radar-absorbent spray coating known as alternate high-frequency material (AHFM) that is applied by robots.

Stealth aircraft also have contours specifically designed to minimize radar cross section (RCS) and deflect incoming radar radio waves away from receivers at radar stations. Metal components that reflect radar are housed within the plane, including engines, armaments and a retracting landing gear.

Advances in computing power allowed designers to simulate and model an aircraft’s radar signature, making it possible to design aircraft with low RCS. Although minimizing RCS resulted in suboptimal aerodynamics, the advent of computer-controlled fly-by-wire systems made it feasible to maintain control of the aircraft.

The B-2 is designed so that incoming radio waves striking the flat top and bottom surfaces are reflected away from the radar source. The aircraft’s curved surfaces are shaped with a continuous curvature technique to serve the same purpose. The engine inlets of the F-35, known as diverterless supersonic inlets (DSI), are designed to minimize radar reflections and have bumps that hide the engine fans from radar. Multistatic radar with receivers located in multiple geographic locations are designed to counter the radar misdirection employed by stealth aircraft and can theoretically detect them more effectively.

Strategic operation of the aircraft can help maintain concealment. This includes using weather patterns, time of day, and terrain features such as mountain ranges to evade detection.

Masking the plane’s acoustic signature is also important. The primary source of a subsonic aircraft’s noise is the engine. On the B-2, the internal mounting location in the wings of four turbofan engines serves to muffle noise.

The method of last resort for an enemy lacking advanced sensing capabilities is visual detection. Stealth aircraft are designed to avoid visual detection by minimizing the aircraft’s size and shape. An aircraft with a low profile against the horizon is difficult to spot. In addition, coating the aircraft’s surface in dark, non-reflective, camouflage paint can help it blend into the night sky. Furthermore, the visual signature of contrails can be minimized by adjusting operational altitude or through technological means.

Cold air is sucked into the gap below the B-2’s engine intake to be mixed with hot exhaust gases. Source: U.S. Air Force

Stealth aircraft are designed to have minimal thermal signatures. Engine exhaust is the main source of heat on an aircraft, which can be tracked by the infrared sensors on heat-seeking weapons. On the B-2, hot engine exhaust is mixed with cooler ambient air and routed out of exhaust ports on the top side of the plane to avoid ground-based sensors.

The B-2 was designed as a subsonic aircraft because traveling faster than the speed of sound would generate a sonic boom and heat up the aircraft’s skin due to aerodynamic friction, increasing its acoustic and thermal signatures. The F-22, capable of sustained supersonic flight, relies on special techniques such as advanced surface paints and leading edge cooling to mitigate atmospheric friction.

The electromagnetic signatures of stealth aircraft are minimized by containing the electromagnetic energy generated by the planes’ avionics within the aircraft. Radio silence is the main operating tactic to negate the chance of enemy detection of external transmissions. Passive receivers collect tactical and navigational information to maintain operational awareness. If active transmissions or scanning are required, pulses are range limited based on the target, and radios and radars use frequency hopping technology.

A variety of other measures are employed by stealth aircraft to avoid detection. Threat-warning systems can help evade radar, countermeasures present false thermal or electromagnetic signals to mask aircraft signatures and decoys attract attention away from aircraft. 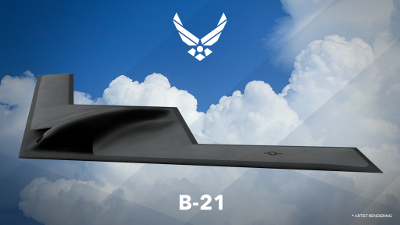 Artist’s rendering of the B-21 bomber. Source: U.S. Air Force

The next generation of stealth aircraft will include both fighter and bomber configurations. The U.S. Air Force is funding development of a Penetrating Counter Air Fighter (PCA) to replace the F-22. In addition, Northrop Grumman is developing a new stealth bomber for the Air Force’s Long Range Strike Bomber program known as the B-21 Raider that will replace the B-2. Details on its stealth capabilities remain under wraps, but it will introduce new stealth technology to counter cutting-edge enemy defenses.

The B-21 will be designed to evade detection by a broad range of radar frequencies, including UHF, VHF and X-band. Like any stealth aircraft, it will be engineered to minimize its visual, thermal and electromagnetic signatures. It will also have an “open systems architecture” so that new technologies can be integrated as they are developed.

The ability to avoid detection confers both short-term tactical and long-term strategic advantages. Deploying undetected allows stealth aircraft to destroy or soften enemy defenses for further attack by conventional forces. In addition, the enemy must commit significant resources to developing counters to the stealth threat or remain vulnerable to its presence. The competitive advantage offered by stealth aircraft technology will ensure its relevance far into the future.

By posting a comment you confirm that you have read and accept our Posting Rules and Terms of Use.
Re: A Look at Stealth Bomber Technology
#1

Re: A Look at Stealth Bomber Technology
#2
In reply to #1
phoenix911