Technology to evaporate and treat produced water that oil and gas companies generate in the fracking process was developed by Ship & Shore Environmental Inc. in partnership with Hydrozonix, a water quality management company. 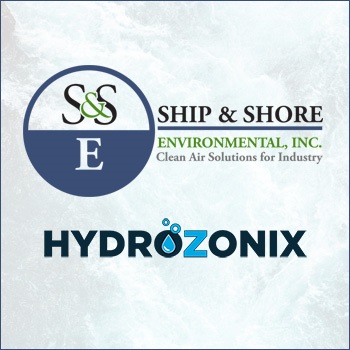 The companies joined forces in response to recent demand for a viable, efficient and long-term solution for managing water sourcing and wastewater treatment in hydraulic fracturing.

The U.S. has vast reserves of oil and natural gas, which now are commercially reachable as a result of advances in horizontal drilling and hydraulic fracturing technologies. But as more hydraulic fracturing wells come into operation, the stress on surface water and groundwater supplies grows more demanding. Withdrawing large volumes of water used in the process requires up to one million gallons (3,780 m3) of fresh water per wellhead to complete the fracking process alone.

Hydroflare technology takes natural gases produced by the fracking process and uses it to provide energy to evaporate this produced wastewater. The patent pending produced water evaporator can be used as a permanent installation or a portable device. It can be installed directly at the wellhead to eliminate all transportation costs associated with produced water. There will be a salt/solid byproduct that will require disposal, but at a significant volume and cost reduction over produced water.

By posting a comment you confirm that you have read and accept our Posting Rules and Terms of Use.
Advertisement
RELATED ARTICLES
EPA Releases Draft Report on Impact of Hydraulic Fracturing
Marcellus Fracking Waste Below Federal Guidelines
Study links fracking to increased traffic accidents, fatalities
Fracking Uses Less Water than Other Extraction Methods, Duke Says
Natural gas foam may limit the water necessary for fracking
Advertisement