AES Corp. signed an memorandum of understanding with Vietnam's Daklak province to invest $750 million in a solar energy power plant with expected capacity of 300-500 megawatts.

The Reuters news agency reports that the province granted licences and signed memorandums of understanding for solar power projects worth a combined $3.3 billion. 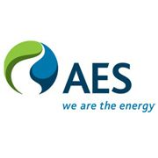 Vietnam has been mostly reliant on coal-fired and hydro power plants to accommodate its annual electricity demand growth of around 11%. The country wants to boost its renewable energy output amid rising resources scarcity and environmental issues.