General Electric signed agreements worth more than $2 billion to support the development of Vietnam’s energy sectors, as well as agreements valued at more than $3.58 billion for new CFM International aircraft engines and maintenance support.

The energy agreements include a Memorandum of Understanding (MoU) to co-develop 1,500 megawatts (MW) of new gas power plants and a Joint Development Agreement (JDA) on the 800 MW Phu Cuong Wind Farm in Soc Trang. GE has been active in Vietnam for 24 years and provides more than 30% of Vietnam’s installed base power generation. 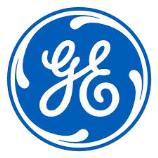 CFM International signed two agreements with VietJet Air, including a maintenance support contract for the airline’s 215 LEAP-1B engines. In addition, the airline expanded its CFM-powered A321 fleet.

The agreements will include financing from GE and draw on technology and parts sourced from across GE’s manufacturing footprint.

GE and Vietnam Oil & Gas Group (Petrovietnam) signed an MOU to cooperate on the development of two 750 MW combined cycle gas turbine power plants - Mien Trung I & II. Gas will be sourced from the Blue Whale Gas Field. The Mien Trung I Plant is expected to begin operations in 2023 and Mien Trung II in 2024.

CFM International signed two new agreements with VietJet Air, including a 12-year maintenance support contract for the airline’s 215 LEAP-1B engines ordered in 2016. Under terms of the agreement, valued at $3.0 billion at list price, CFM guarantees maintenance costs for the all VietJet Air’s LEAP-1B engines that will power its fleet of 100 Boeing 737 MAX airplanes on a dollar-per-engine-flight-hour basis.

In addition, the airline expanded its CFM-powered A321 fleet with an order for 20 CFM56-5B engines to power 10 new aircraft. This agreement, which also includes a long-term maintenance agreement, is valued at $580 million at list price.

By posting a comment you confirm that you have read and accept our Posting Rules and Terms of Use.
Re: GE Signs Power and Aircraft Deals with Vietnam
#1

GE and PW are head to head on the next gen of medium to medium-large commercial engines. The GE design is a bit more elegant, and a maybe a bit lighter per unit thrust.

I wish my buddies on the wall in DC were here to see a nickel or two headed to the pockets of GE. I nod politely as my step-son based in the Pacific Rim tells of his 2 or 3 business-pleasure trips to Viet Nam every year. But I have yet to hear of a Vietnamese suicide bomber.