RFID tags are becoming an increasingly more common way to track everything from automobiles and pharmaceutical products to livestock and even your pet. RFID stands for radio-frequency identification, which uses electromagnetic fields to automatically identify and track tags attached to objects, pets or people. 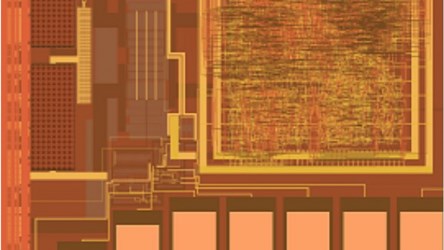 Conventional tags use what’s called passive RFID technology in which a reader transmits a radio signal that is picked up by the tag. The tag converts the radio signal’s AC into DC in order to power its internal circuits, which in turn communicate back to the reader. University engineers were able to redesign RFID circuits to operate directly off of AC power by incorporating additional transistors into the circuits.

The new technology eliminates the hardware used in conventional passive RFID tags to convert the AC signal to DC. Thus, the newly designed tags, called “RF-only logic” RFID tags, can be made smaller and less expensively.

One drawback to the RF-only logic tags is that the prototypes have less range than conventional passive RFID tags. However, the research engineers say they are working to boost the range to compare favorably with traditional RFID tags.

By posting a comment you confirm that you have read and accept our Posting Rules and Terms of Use.
Advertisement
RELATED ARTICLES
Smaller RFID chips could mean wide spread use of RFID tags
A solar solution for powering IoT sensors
Robot uses reason to uncover hidden objects
RFID-reading robot determines consumer behavior
High frequency RFID solutions for returnable assets
Advertisement