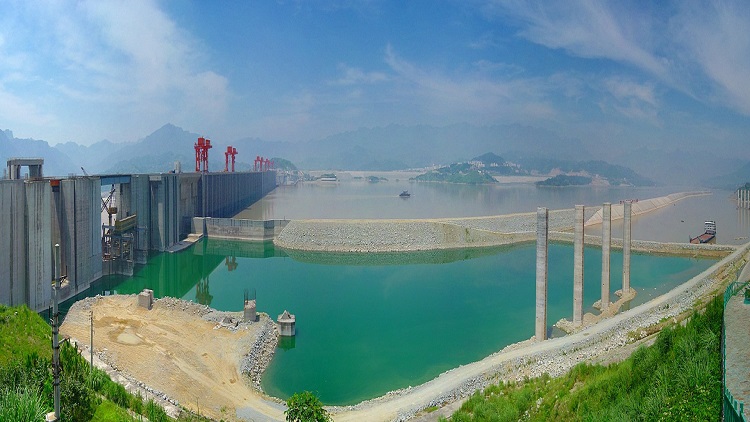 Hydroelectricity is currently the world’s biggest source of renewable energy, as this profile of the five largest hydropower systems attests.

China’s Three Gorges Dam, commissioned in 2003, is the prizewinner of hydropower output with an installed capacity of 22.5 GW. Its reservoir contains 39 trillion kg of water (42 billion tons) and spans 400 square miles (1,045 square km). The mass of this system is sufficient to slow the Earth’s rotation by 0.06 microseconds. 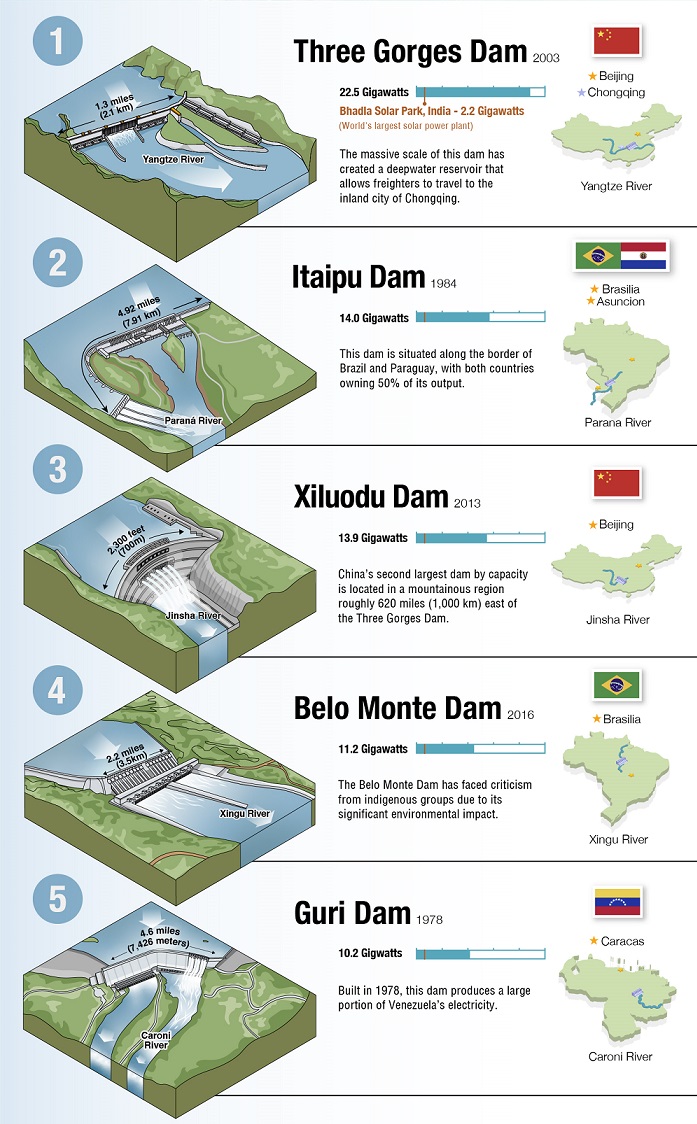