The Sherlock Holmes’ of Engineering

Fans of television crime shows like CSI follow along as investigators go into full evidence-finding mode: dusting for fingerprints, analyzing DNA, maybe, if the show is old enough, taking a plaster cast of a footprint made in the wet mud. But what happens when it’s a bridge, a building, or an elevator that has failed, rather than a dead body that’s been found? That may be a case for a forensic engineer.

(Read “Disaster in Kansas City: A Lesson in an Engineer’s Responsibility.”)

The field itself dates from the 1840s, when some of the earliest forensic engineering investigations centered on the failure of English bridges. Today, much as they did back then (but using more advanced techniques), forensic engineers investigate in civil litigation and in some criminal cases to determine the cause of a failure and to quantify the contributing factors, identify the responsible parties, and evaluate their relative liability, says William O’Donnell, president of O’Donnell Consulting Engineers Inc., Pittsburgh, Penn. 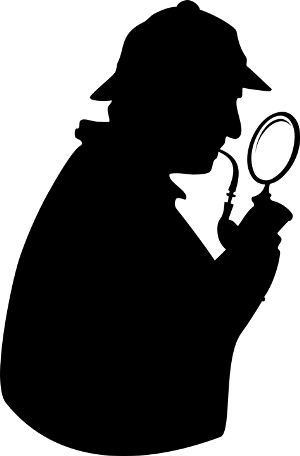 Forensic engineering has advanced since it first emerged in England in the 1840s.His soon-to-be-published reference book “Handbook of Lesson Learned in Engineering Design, Manufacturing and Construction from 50 Years of Failure Experience” includes a look into O’Donnell’s case files.

In one of the first forensic-engineering cases from England in the 1840s, engineers were asked to uncover why the Dee Bridge at Chester failed as a train crossed. The failure resulted in five deaths and nine serious injuries. The forensic investigation blamed the designer, saying that although strong in compression, the cast iron girders used to construct the bridge were brittle in tension, bending and fatigue.

The engineers found that repeated flexing of one girder weakened it. That’s a prelude to conditions today, O’Donnell says, in which about 80% of metal failure is believed to be the result of similar fatigue. Thankfully, today’s forensic engineers have available what O’Donnell calls the “best, most accurate way to determine structural integrity and fatigue,” which is finite element analysis mathematical simulation software and similar types of analytical software. For example, modeling and simulation software had a hand in clearing an elevator company of wrongdoing in a Japanese lawsuit.

Stuart Brown, Veryst Engineering When the brakes of a Schindler elevator in a 23-story Tokyo condominium failed in 2006, trapping and killing a teenage boy, prosecutors in the resulting lawsuit laid out a number of scenarios under which the failure could have happened. But they weren’t able to home in on any one scenario, says Stuart Brown, managing principal at Veryst Engineering, Needham Heights, Mass.

Forensic engineers at Veryst were able to show—using software to simulate and analyze the scenarios—that the brakes could have failed quickly, indeed within a matter of hours. Their analysis helped to clear a maintenance official, who, prosecutors claimed, should have detected signs during a November 2004 check that the brakes could fail.

At issue in the case was determining when excessive abrasion occurred in brake parts that are believed to have caused the accident, Brown says. In September 2015, a Tokyo District Court acquitted Ryuichi Harada, a former Schindler employee in charge of maintenance. The court said that "no objective evidence" existed to show that the brake abnormality had occurred by November 2004 when Harada checked the elevator, according to the Japan News.

The judge in the case found three people at SEC Elevator Co. guilty, however. SEC took over Schindler's maintenance work in April 2006. The judge said they overlooked the abnormality and "neglected their duty to establish an appropriate system for checks and maintenance,” according to the news source.

The rate at which the brake linings could wear, leading to the accident, was critical to analyze and depict in the case, Brown says. For example, police investigators had measured brake wear. Veryst forensic engineers entered those numbers and also input from a variety of other factors into their analysis software: brake drum temperature, changes in the expansion and contraction in brake drum size, the usage cycle of the elevator over a period of days, and changes in the brake system’s solenoid force and solenoid position as it wore, Brown says.

“Bringing in all these factors, we showed that once the brake temperature got high enough, the wear could have occurred within 30 hours,” he says. The forensic engineering analysis showed it didn’t take weeks or months or years for the wearing to occur. Failure didn’t happen slowly over time, but was caused by a “cascading effect which could tragically happen over short period of time,” Brown says.

A Matter of Timing

Or take a case from O’Donnell Consulting’s files. The firm performed failure analysis after ductwork weighing around 2,000 pounds fell from the ceiling at Shaler Area Elementary School of Glenshaw, Penn, near Pittsburgh. Around one dozen people were injured in the April 2012 collapse. 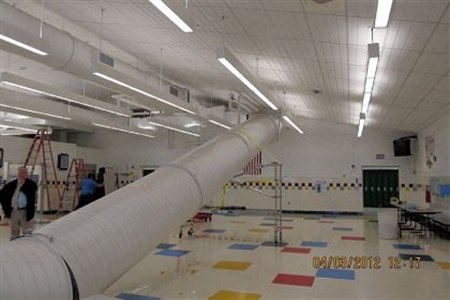 Forensic engineers were called in after 2,000 pounds of ductwork fell from the ceiling of a Pennsylvania elementary school. Image source: Pittsburgh Post-Gazette/Allegheny County DAAllegheny County District Attorney Stephen A. Zappala Jr. investigated, as though the failure was a criminal matter. He said 35 contractors had worked on a school renovation project, according to reports published in the Pittsburgh Tribune-Review newspaper. “It turns out no one was trying to hurt anyone,” O’Donnell says. “All you had to do was look up in handbooks creep rates--how this much material stretches in time--and how much it stretches to rupture it,” he says. Investigation showed that five years was how long the material needed to rupture and fail. That corresponded with the length of time the material had been in place at the school. “All the calculations matched that,” he says.

Such cases are important, O’Donnell says, because of the amount of money involved in lawsuits and because potentially liable parties—everyone from contractors to design engineers—want to clear their names.

“But people started to get very angry about the cost of going to trial a few years ago so some cases went into arbitration,” he says. While arbitration is less expensive than a trial, the savings may not be great, O’Donnell says. After all, “you have to pay arbitrators, who can’t do engineering.” Forensic engineers and the tests and analyses they provide are still needed, even if a failure case enters arbitration.

In the future, O’Donnell says, engineers themselves may act as arbitrators. For example, in one case where a hydroelectric power plant failed during construction, owner and contractor each blamed the other. Both parties asked O’Donnell’s firm to provide engineering analysis to get to the bottom of the issue. “And the total cost of arbitration was nothing more than the engineering analysis cost,” he says.

For the most part, engineers work with scientists and other engineers in interdisciplinary teams, says Brown of Veryst Engineering. Few engineers have all the knowledge needed to investigate a failure from all angles.

“When someone brings you a problem you have to think ‘What work could I do to further clarify this, what are the possible explanations?’” Brown says. The first step is to review what is known and then to consider what needs to be done beyond that including experiments, information gathering, calculation, and computer simulation.