Ingenuity covered about 49 ft (15 m) of horizontal distance on this recent flight, which lasted 52 seconds. The helicopter has now traveled a total of 24,302 ft (7,407 m) and stayed aloft for 59.9 minutes on its 35 Mars sorties, according to the mission flight log. 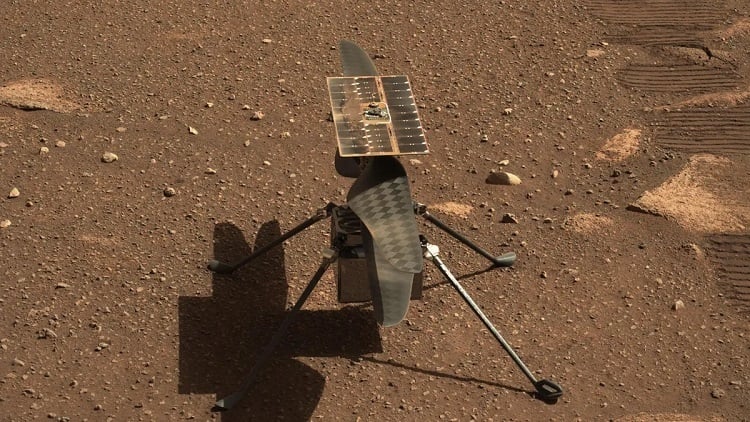 Since landing with NASA's Perseverance rover and being deployed to the floor of the Jezero Crater in February 2021, the helicopter has continued a campaign to show that powered flight is possible in the thin Mars atmosphere. Its current objectives center on exploring the Martian environment and performing reconnaissance for Perseverance.

The rover is searching for signs of ancient Mars life on the floor of the 28-mile-wide (45 km) crater, site of a lake and a river delta billions of years ago. Perseverance is also collecting and caching a series of samples, which a joint NASA-European Space Agency campaign will return to Earth as early as 2033.

By posting a comment you confirm that you have read and accept our Posting Rules and Terms of Use.
Advertisement
RELATED ARTICLES
NASA’s Ingenuity helicopter takes flight on Mars
NASA launches new rover Perseverance to Mars
NASA preps for first Martian drone helicopter flight
The Mars Helicopter is packed and prepared for launch
Monitor the Mars 2020 Perseverance mission with this NASA visualization tool
Advertisement