The Canrig Red Zone Robotics (RZR) Rig Floor Module is a modular rig that can be retrofitted onto existing rigs for the purpose of automating oil drilling activities. 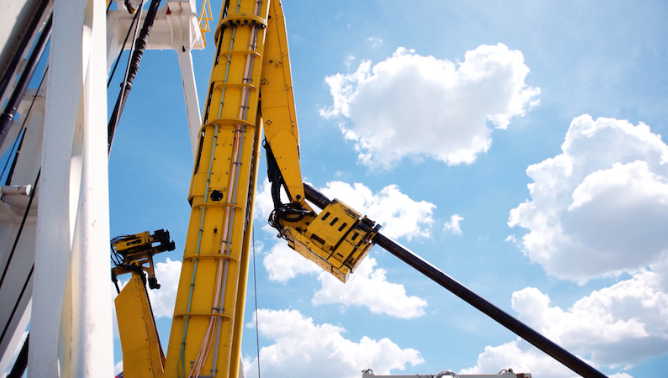 Designed to automate drilling in so-called Red Zones, which are hazardous workspaces within the oil and gas industry, the RZR takes over Red Zone tasks such as pipe handling, and it performs repetitive tasks on the rig floor like making drilling connections, and tripping in and out of hole.

Nabors suggests that automating drilling tasks in oil and gas industry Red Zones could potentially reduce the risks to workers.

According to it developers, RZR has already been used to automate existing assets, including Nabors’ existing X29 rig. The company reports that the retrofitted X29 was recently used to successfully drill several horizontal wells for ExxonMobil in the Permian Basin.

For more information on the RZR, watch the accompanying video that appears courtesy of Nabors Industries.

By posting a comment you confirm that you have read and accept our Posting Rules and Terms of Use.
Advertisement
RELATED ARTICLES
Hyzon Motors, Schlumberger Limited to reduce emissions in upstream oil and gas operations
Video: Companies to repurpose oil and gas rigs for fish farming
Video: Repurposing offshore oil and gas rigs
Lidar and AI improve oil rig safety
Video: Robots have an impact on jobs and pay. GE deploys advanced analytics to cut drilling rig costs. An ATV goes the distance with a practical fuel cell.
Advertisement