A robotic system designed for performing battlefield triage remotely has been developed by researchers from Sheffield University in the U.K.

Using a commercial unmanned ground vehicle (UGV) dubbed the Medical Telexistence Platform (MediTel), which is outfitted with robotic arms and a custom-built gripper, the triage robotic system is controlled by a remote medic wearing a virtual reality (VR) headset for observing triage scenes in 3D. 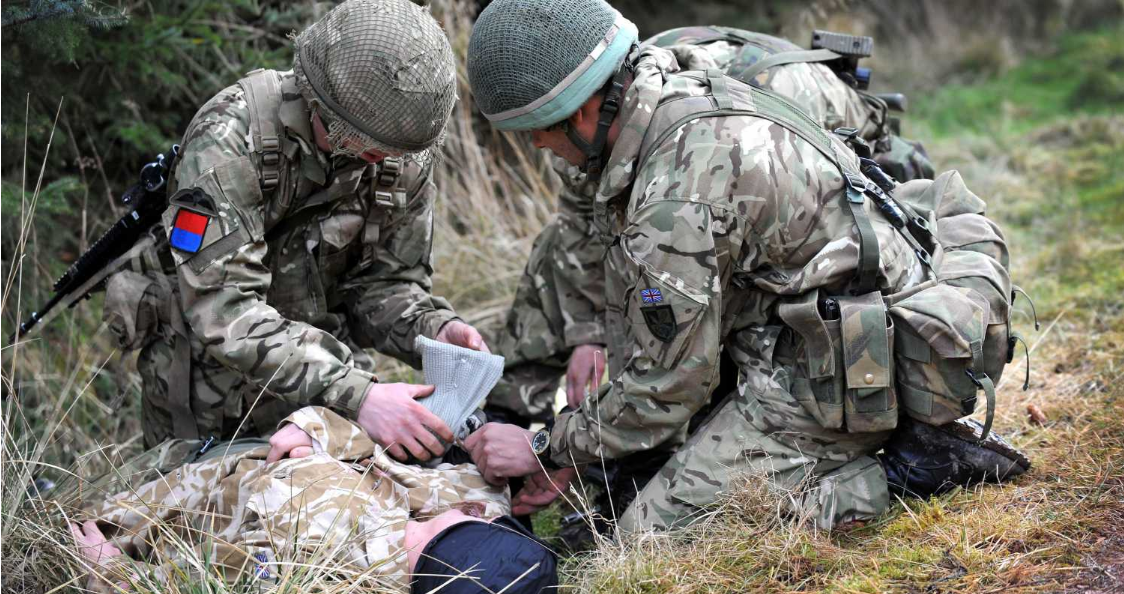 To enable the robotic system to conduct triage remotely, the UGV uses GPS to find casualties and acquire data including blood pressure, pulse and temperature readings as well as mouth and blood sample swabs.

Photos and video footage captured by the UGV’s onboard 360° camera and series of smaller cameras are relayed back to the medic using a 5G connection, according to its developers.

The Sheffield University team will soon trial the MediTel system in a realistic setting.

By posting a comment you confirm that you have read and accept our Posting Rules and Terms of Use.
Advertisement
RELATED ARTICLES
Device May Help Combat Medics Save Lives
Automating the battlefield
Drone trials for delivering blood to medics in the field prove successful
Temperature-Sensitive Gel Could Seal Eye Injuries
US Army bringing AI, drones to the battlefield
Advertisement