Amphenol RF has expanded its cable assembly portfolio with reverse polarity (RP) SubMiniature version A (SMA) to Amphenol Micro Coaxial (AMC) assemblies on RG-178 cable. This assembly is designed on a flexible cable type that offers good thermal resistance and is ideal for tight spaces. The secure threaded coupling mechanism featured on the RP-SMA connector, along with the push-on mating of the right-angle AMC connector makes these assemblies well-suited for use in antennas, WLAN, GPS and cellular applications. 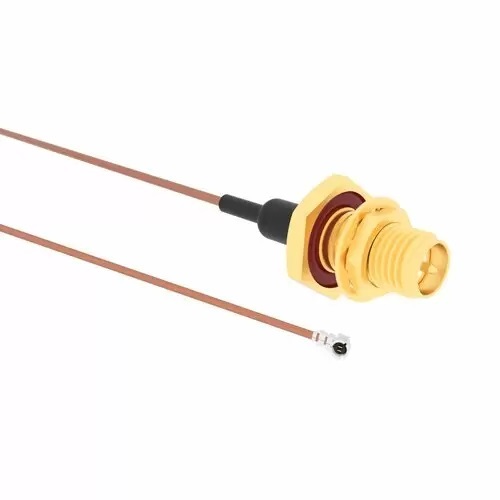 The RP-SMA connector offers the same features and benefits as the SMA interface but the gender of the connector’s contact pin is reversed. These connectors also provide additional benefits over traditional SMA in regard to long-term use. In the event of wear, which is a typical result of screwing and unscrewing that causes signal strength to decrease, the connector allows for only the antenna or cable to be replaced, which has time-saving advantages.

These cable assemblies are typically used on Wi-Fi or WLAN devices and often for the purpose of preventing the high-gain antenna from connecting the consumer equipment it is found in.