Fans are essential systems whose primary function is to provide and accommodate the flow of air to a structure or parts of a building. These devices were first developed during the industrial revolution in the late 1800s, but they have advanced over the years to meet the stringent requirements of several industrial applications.

Industrial fans and blowers now come in several designs and are found in several facilities and industries today. These devices are typically used to blow huge volumes of air through parts of a structure, allowing exhaust cleaning, drying, ventilation and dust removal. The desirable performance of fans primarily depends on engineers choosing and sizing the ideal fan for a particular application. 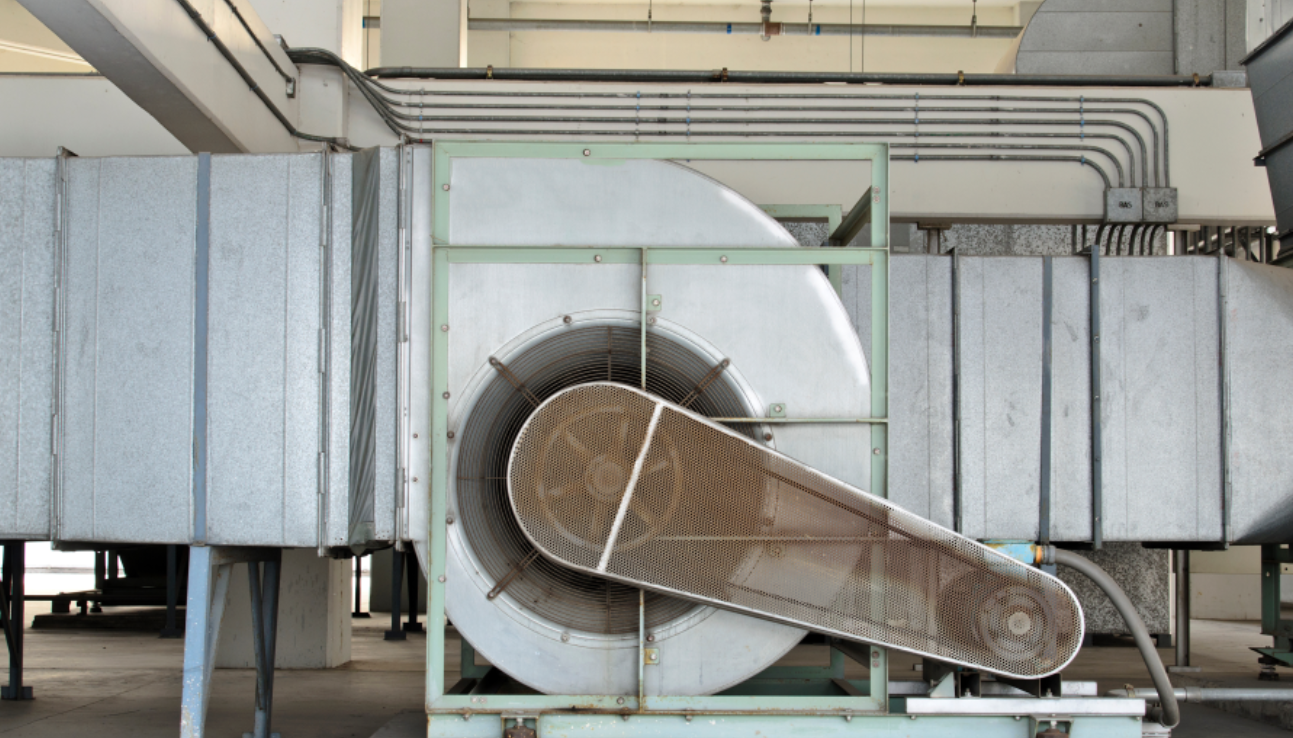 Some factors to consider when selecting industrial fans

1. Determine the type of air movement and choose a fan type

Axial fans draw in the air using a propeller and discharge the air in the same direction. In contrast, centrifugal fans feature an impeller that draws in air through the inlet and discharges it out radially through 90°. Axial fans usually occupy lesser space and are quieter in operation than centrifugal fans. However, engineers can reduce the noise levels of industrial fans using silencers.

Even after choosing between axial and centrifugal fans, engineers must also consider how much air must be moved. The fan’s airflow rate allows engineers to determine the quantity of air that can pass through an industrial fan over time. It is measured in cubic feet per minute (CFM) or cubic meters per hour.

To better understand airflow rate, consider a scenario where a fan with an airflow rating of 6 CFM is to be used in a 6 ft x 6ft x 6 ft enclosure. In such a scenario, it will take the fan 36 minutes to ventilate hot air in the enclosure, as shown below:

Airflow and static pressure generally have a negative correlation, as shown in Figure 2. So when airflow decreases, the static pressure increases and vice versa. Therefore, sizing industrial fans without considering static pressure and airflow requirements can cause challenges like unstable fan operation, fan surge and excess noise. 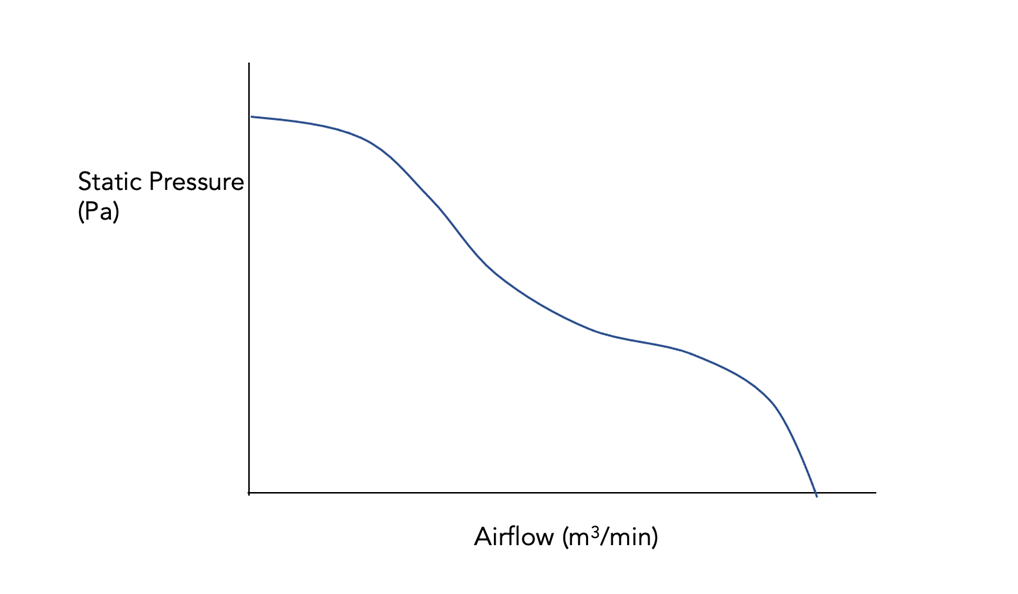 Therefore, engineers are advised to check pressure-airflow characteristics provided by fan manufacturers to be certain that a fan can meet their airflow and static pressure requirements.

4. Consider the environment and air quality

Most industrial fans and blowers are designed to be operated under standard conditions (like standard altitude, ambient temperature and density). Unfortunately, these standard fan designs might not fare well under harsh environmental conditions. For instance, a standard industrial fan might corrode and perform poorly when used in a moist environment.

In such a scenario, engineers might want to opt for industrial fans made of corrosion-resistant materials (like stainless steel). In addition, engineers should consider choosing fans with enclosed motors if they will be used outdoors or in a dusty environment.

[Learn more about industrial fan and blower selection on Globalspec.com]

Choosing industrial fans and blowers: Engineers should reach out to fan suppliers

Engineers are advised to reach out to industrial fan and blower suppliers to discuss their application needs.

By posting a comment you confirm that you have read and accept our Posting Rules and Terms of Use.
Advertisement
RELATED ARTICLES
Choosing the right cooling fan
The difference between fans and blowers
Fan or blower? Three factors to consider
Fans for wind: Industrial solutions for alternative energy
Industrial fans for the rumble of railways
Advertisement