Research laboratories are where all sorts of neat discoveries occur. It’s also a space where many injuries occur. Unlike industries with established standards for operating equipment, university laboratory researchers are often performing novel work where there are no such standards in place. Furthermore, the work is often performed by students, who may or may not be as familiar with the particulars of the experiment.

While each laboratory is different, there are several important safety tips that can be applied to virtually any laboratory. Each of these steps can be performed whether conducting canned, freshman year experiments, or never-attempted cutting edge research experiments. Even though the idea of “zero risk” is impossible to achieve, these five steps will help minimize the chances of injury. 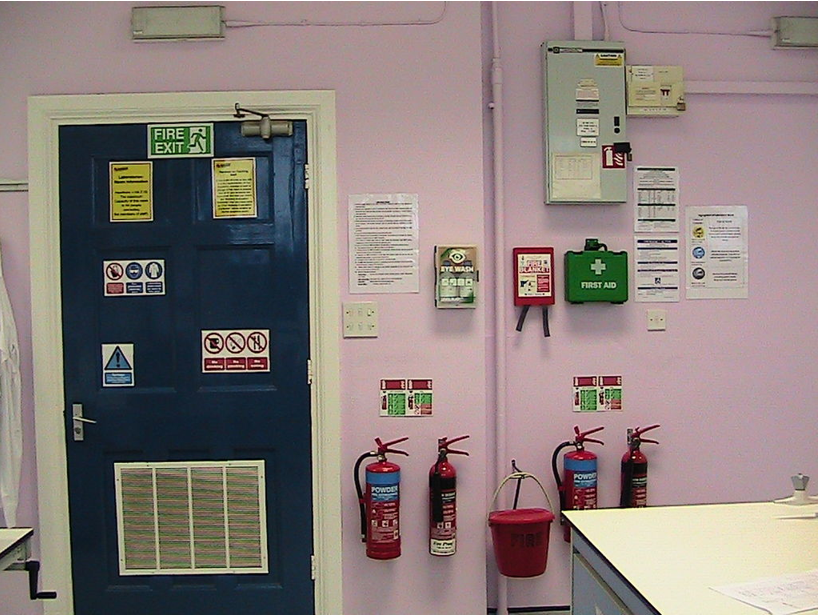 The lab is a place that rewards critical thinking, safety and caution, and punishes those who can lack these attributes. Source: Viv Rolfe/CC BY-SA 4.0

Before beginning any experiment, first consult the Safety Data Sheets (SDS) for any chemicals used in the experiment. The SDS will discuss emergency procedures, the required personal protective equipment (PPE), waste disposal, storage and other such considerations.

These should be reviewed long before the experiment is performed. Unfortunately, these are often ignored entirely until the need arises. Depending on the situation, this could be when a problem has already occurred, such as a spill, injury or fire. It could occur at the end of laboratory class when the student is trying to figure out how to dispose of the waste product. Neither of these is a good scenario, so reviewing the SDS before the experiment is vital to a successful and safe laboratory.

PPE should be reviewed in the SDS and located in the laboratory before an experiment. One of the more common sources of spills is incorrectly-sized PPE. Oversized gloves and lab coats knock over small beakers, tight-fitting gloves restrict dexterity when handling pipettes and so on. Safety glasses that do not fit over existing glasses, or glasses that fog up easily also lead to accidents.

If the researchers have dedicated PPE, this is less likely. However, more commonly, PPE is shared among all researchers. If the researchers review the SDS ahead of time, they can ensure that they have the proper sizes of the necessary PPE, rather than scrambling and wearing whatever is available as the experiment begins.

Students should be provided the SDS long before the experiment. If the laboratory class has a “pre-lab” activity, part of it should include reviewing the SDS. Furthermore, the SDS should be kept in the laboratory or accessible electronically from a smartphone so that students can refer to it as needed.

In industry, standard operating procedures (SOPs) are used to ensure that processes are conducted in the same safe manner every time. Some of them are written as checklists or ordered-step recipes that the operator can simply follow to produce the desired result.

Unfortunately, in the laboratory setting, experiments are often considered a “one-off,” and SOPs are rarely written. This is a poor practice. Even for experiments where repetitions are not expected, an SOP should be written. Consider what type of science requires no repetitions — is there science that is to never be repeated? The best way to make an experiment repeatable is to have clear, established steps for its experimentation. 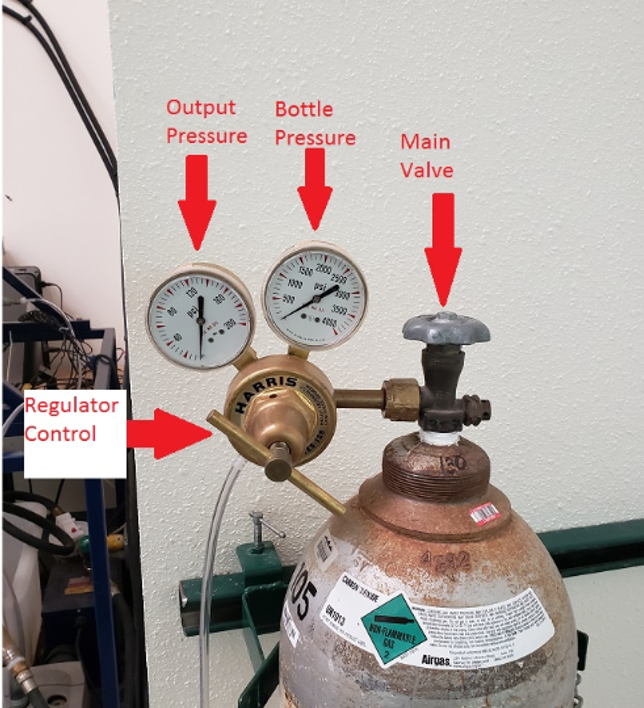 A good SOP will have photographs, labels and other such clarifications, such as this one used to explain how to change a gas regulator.

It is important for principal investigators to encourage their researchers and students to come to them with potential changes in the SOP. Sometimes, these can be clarifying instructions, removing unnecessary steps, adding additional steps and so on. Open dialog around SOPs does several things. First, it opens up the communication around safety, leading to an improved culture of safety, instead of treating the SOP as rules handed down from on high to be ignored when nobody is watching. Second, for engineering students who are thinking of working in industry, it is likely they will have to write a few SOPs in their future career. By having worked through a few of these in school, they will be better prepared for this task in the long term. Third, students get a sense of ownership in the SOP, where they feel like they can suggest a change and have an impact on an official procedure, guiding future students on a safer or more effective path.

In particular, an experimental plan is useful for long-term tests where the researcher may leave an experiment to run overnight or for days at a time. Also, it is useful in shared laboratory space. This way, should another researcher knock over a beaker for a long-term experiment, they know who to contact and can find out what needs to happen to keep all researchers safe.

Researchers must keep a lab notebook that discusses the experiments in detail. They are an expansion upon the SOPs, which detail the procedure to follow, and the experimental plan, which explains what should happen. The lab notebook will also discuss what actually happened. Perhaps an SOP calls for 100 ml of a chemical, but the reality is that the researcher only used 97 ml. This is noted in the lab notebook, which should also include some of the calculations and qualitative observations.

The author was involved in a procedure to sand cast aluminum using a propane-fired furnace. The furnace was particularly hard to light. Aluminum was placed in a crucible, the propane switched on and a long lighter used to ignite the propane through a hole in the side of the furnace. One day, the propane ignited with a loud bang, which had never happened before, though the rest of the experiment went on flawlessly. By examining the lab notebooks of the students, a difference was spotted in the procedure. On the loud experiment, the lid was placed on the furnace before ignition, and in the rest of the experiments, the lid was not placed until after the propane ignited.

Adequate time should be provided to clean up the experiment. Too often, experiments are left out. Sometimes, it is because the researcher truly thinks they will work on it again tomorrow, so it sits. Other times, the class has ended and students rush off to the next class, leaving behind a mess. In either circumstance, the next researcher to use the space will either have to move or clean up the previous experiment or find another location to conduct their tests. Often, this means sliding a bunch of equipment, glassware and chemicals to one end of the fume hood and working in a crowded space.

A better situation is to allow enough time at the end of a laboratory class to clean up the lab space. Furthermore, during the SDS and PPE review, waste disposal bottles can be located to ensure that the waste products can be handled safely. Often, students leave chemical products out because they simply do not know where the waste should be stored.

Each laboratory is different in its uses and its specific safety needs. However, by following these five steps, even novel experiments can be conducted with a higher degree of safety. While all of these will take time to implement, adding them will save time in the long run as well by clarifying where waste is stored, ensuring proper fitting PPE and developing an improved safety culture throughout the organization.

By posting a comment you confirm that you have read and accept our Posting Rules and Terms of Use.
Advertisement
RELATED ARTICLES
Video: Sending Algae to Space to Test for Possible Off-World Fuel Generation
EOR Boosted by Nanosand/Surfactant Combo
Remote bioengineering lab delivers promising data
The Importance of Containment in Soda Blasting
Infographic: Fundamentals of PPE
Advertisement