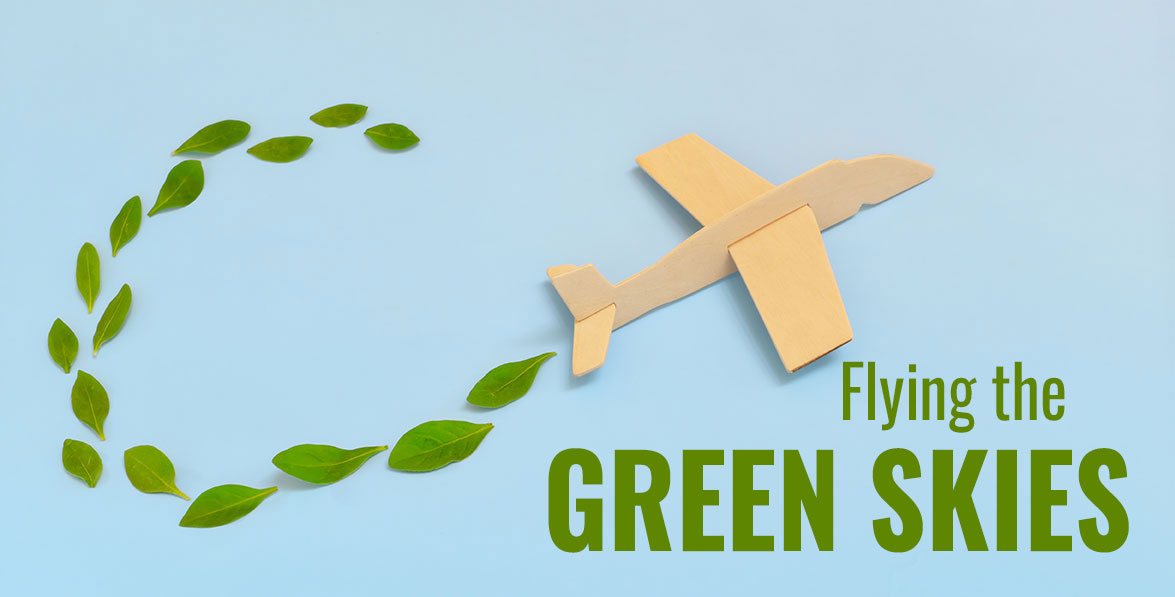 Figure 1: The aviation industry, as a whole, has committed to being carbon neutral by 2050. Source: Adobe Stock

The aviation industry is responsible for about 2% of global carbon dioxide (CO2) emissions. The share attributed to aviation could go up due to reducing emissions by other sectors and increasing travel demand. The industry, as a whole, has committed to being carbon neutral by 2050. Some options the aviation industry is considering include leveraging hydrogen as a fuel, sustainable aviation fuels (SAF) and pure battery-electric. There are several positive developments but also some challenges to overcome.

“Well-to-tank” is a term that covers CO2 emissions from the production and distribution of energy (Aviation Week). It is crucial to compare emissions from various energy sources to determine the proper cost/benefit analysis. Green hydrogen has emissions of 15 grams/kWh compared with 54 grams/kWh for kerosene, 133 grams/kWh for battery and 463 grams/kWh for grey hydrogen. Green hydrogen is produced by the electrolysis of water using renewable electricity while grey hydrogen is produced from fossil sources. Battery emission numbers are based on the fact that today, the battery must be changed every 2,000 cycles.

The energy costs must also be considered. At $0.07/kWh, kerosene is significantly cheaper than electricity at $0.12 and hydrogen at $0.39. “The overall analysis shows hydrogen is a good path to follow…Fully electric propulsion is not feasible because of the low energy density of batteries, while hybrid-electric based on batteries will not meet the target minimum CO2 reduction,” according to Stephane Viala, ATR SVP of engineering.

Airbus has committed to having a zero-emission short or medium-range aircraft on the market by 2035. A short-haul turboprop with up to 100 seats and a 1,000 nautical mile range is one of three liquid-hydrogen-fueled concepts being studied. It is assumed that Airbus would scale into narrow-body aircraft sometime after 2035.

Airbus is also focusing on measures such as sustainable aviation fuels in the short term. In February 2022, the company told EU officials in a presentation that hydrogen-powered aircraft with more than 150 seats probably will not feature globally until 2050 (Bloomberg). Some in the industry, including Boeing CEO David Calhoun, contend a hydrogen-powered jetliner comparable to modern-day narrow-bodies is decades away (Bloomberg).

Airbus will partner with GE Aviation and CFM International to “flight test a direct combustion engine fueled by hydrogen in preparation for entry into service of a zero-emission aircraft by 2035.” The flight test aircraft will be a modified Airbus A380 equipped with four liquid hydrogen tanks to fuel a GE Passport turbofan engine located along the aircraft’s rear fuselage. Airbus said the overall flight test plan is still being determined, but current plans call for the demonstrator’s first flight by the end of 2026. Final technology choices should be made by the end of the decade, the company said, in time for a new zero-emissions aircraft to enter the market by the 2035 goal.

The A380’s liquid hydrogen tanks will be developed at Airbus facilities in France and Germany. Airbus will define the hydrogen propulsion system requirements, oversee flight testing and provide the actual A380 platform to test the hydrogen combustion engine in the cruise phase. For its part, CFM International will modify the combustor, fuel system and control system of the GE Passport turbofan to run on hydrogen.

CFM is expected to execute an extensive ground test program ahead of the A380 flight test. “Hydrogen combustion capability is one of the foundational technologies we are developing and maturing as part of the CFM RISE Program,” said Gaël Méheust, president and CEO of CFM. “Bringing together the collective capabilities and experience of CFM, our parent companies, and Airbus, we really do have the dream team in place to successfully demonstrate a hydrogen propulsion system.” 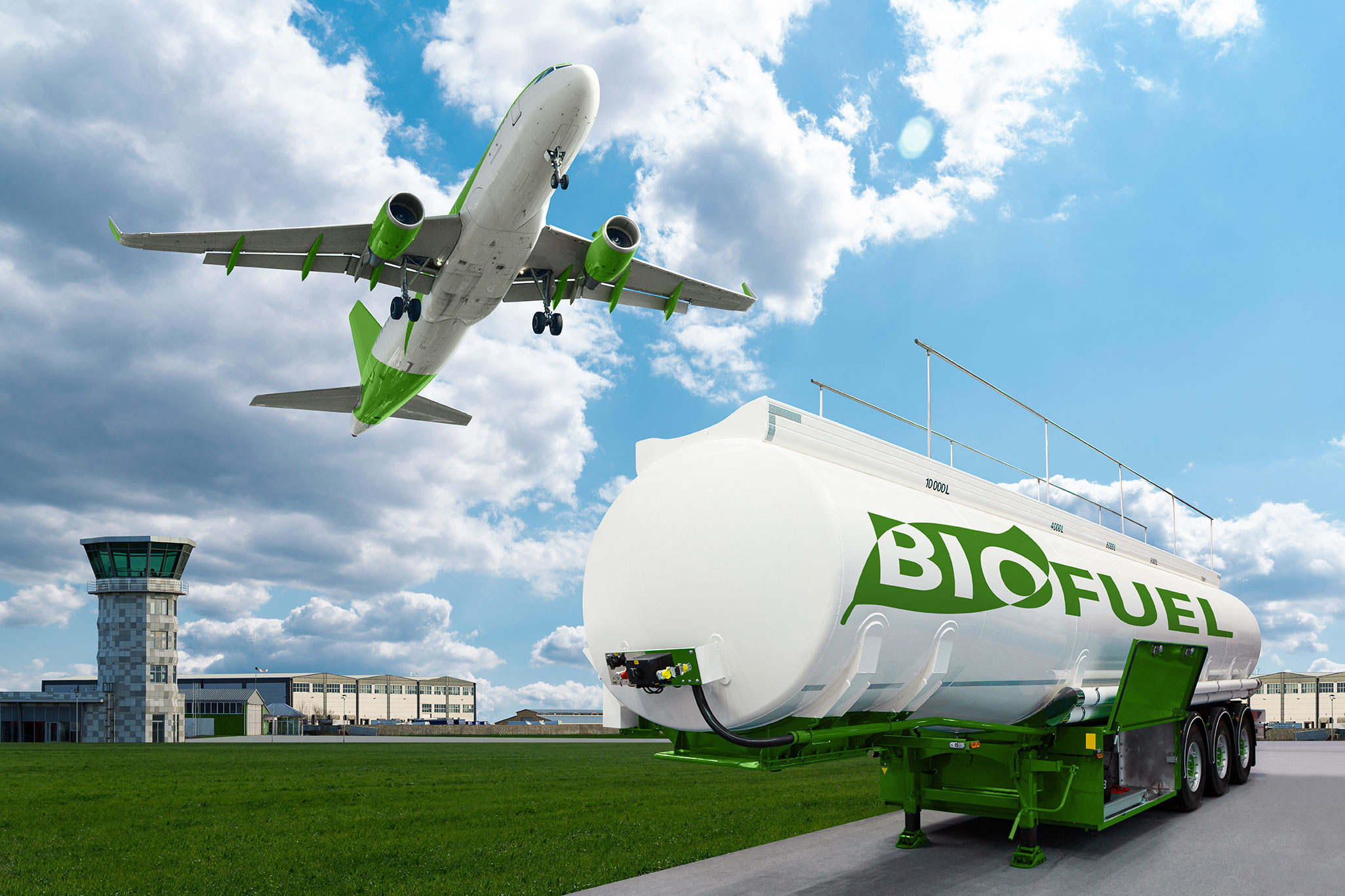 Figure 2: Boeing and Airbus both say that by 2030 their commercial aircraft will be able to fly on 100% sustainable fuels. Source: Adobe Stock

Boeing and Airbus both say that by 2030 their commercial aircraft will be able to fly on 100% sustainable fuels, which can be made from feedstocks, including agricultural and forestry waste and non-recyclable household waste. Per Airbus CEO Guillaume Faury, “We need to see the SAF industry moving forwards, being developed, being grown to serve airlines and to be able to use that capacity of 50% of SAF…We’ll go to 100% by the end of the decade.”

“Sustainable aviation fuel’s main challenge relates to volume rather than airlines’ desire to use it. If consumers will be willing to pay the extra costs associated with its uptake,” said the director-general of IATA. With “appropriate government policy support,” IATA says it expects to see SAF production hit 7.9 billion liters by 2025, which would meet just 2% of the overall fuel requirement. By the middle of the century, the trade association says production would jump to 449 billion liters or 65% of the sector’s needs.

“We used about 100 million liters of sustainable aviation fuel in 2021 — that’s a very small amount compared to the total fuel required for the industry.” Looking ahead, Walsh said airlines had ordered 14 billion liters of SAF. “I think that addresses the issue of whether airlines will buy the product,” noting this was happening even though the price of SAF was “about… twice the price of kerosene.

“You don’t have to change the airplane; you don’t have to change the airport infrastructure…It’s available now, so you don’t have a whole amount of infrastructure and complexity that needs to be added into the system,” commented Sheila Remes, Boeing VP of Environmental Sustainability. “It’s a scaling problem,” Remes said. “You need the incentives or something to make the fuel producers want to produce it, the ability to get the feedstocks, and the airlines to be able to use it, so it’s not so disproportionately out of cost with what they’re paying today.”

Boeing’s CEO says SAF represents a “very important part of what we’re doing…The next one is looking at the mid-term and long-term future to bring to the market the hydrogen plane because this is really the ultimate solution,” noting that a lot of engineering, research and capital commitments are required.

Hydrogen use in the aerospace market

There are three possible ways of using hydrogen in aircraft: direct combustion in modified turbine engines, generating electricity in fuel cells or in the production of drop-in SAF via power-to-liquid processes.

The biggest problem is the low energy density of the hydrogen propulsion system, whether used to fuel turbine engines or to power fuel cells to drive electric-motor propulsion. Liquid hydrogen, by weight, provides 33 kWh/kg of energy, 100 times more than current lithium-ion batteries (and about three times more than kerosene jet fuel). But once the weight of insulated cryogenic storage tanks and associated hardware is added, the energy density decreases to between 10 and 21 kWh/kg. And those tanks take up a considerable amount of volume. (Robert Poole, Director of Transportation Policy)

Hydrogen-powered aircraft require fuel tanks large enough to carry the amount of liquid hydrogen needed for standard short- and medium-haul routes. The first fuel cell-powered Piper Malibu being readied for flight test by startup ZeroAvia uses the space of four of its six seats for the tanks and fuel cells. MIT’s Alan Epstein points out that for large airliners to be hydrogen-powered, they would have to be larger and heavier, with more drag, leading to a higher carbon footprint due to the additional energy needed to propel them. Added weight on any aircraft is a disadvantage; it is always a critical factor in any design. (Thom Patterson, Modern Flying)

Hydrogen packs more energy by weight than jet fuel, but it has lower energy by density. Hydrogen is a gas at room temperature, making it difficult to store in large quantities. There is an additional factor: keeping it in fuel tanks aboard aircraft requires hydrogen to be compressed into liquid form. To do that, hydrogen must be cooled to extremely low temperatures. In addition to the fuel and fuel tanks, the equipment needed to keep hydrogen fuel at low temperatures would add even more weight to a hydrogen-fueled aircraft.

To deal with the challenges presented by hydrogen fuel, Airbus said it intends to develop a new cryogenic fuel delivery system to move hydrogen from the tanks to the turbofan engine. First, hydrogen needs to be converted from liquid to gas. Next, the hydrogen gas will be injected into the fuel combustor and ignited at a very high temperature — much hotter than jet-A. (Thom Patterson, Modern Flying)

A study by Roland Berger identified several barriers to airliner hydrogen technology. A redesign of much of the aircraft would be required, from the propulsion system to fuel storage. “Even for the near term, McKinsey found that fuel tank technology is a critical pacing factor in…hydrogen hybrids, let alone pure hydrogen power. A 50% reduction in overall liquid hydrogen tank mass will be necessary for 737-size hydrogen airliners to be feasible.”

Advancements in light-weighting storage tanks and cryogenic cooling systems are necessary to take advantage of hydrogen’s high energy density. A significant ramp-up in “green” hydrogen and carbon capture and storage (CCS) is required to increase the share of emissions-free hydrogen production. Hydrogen infrastructure improvements in fuel delivery to airports and airport refueling are necessary.

“While Boeing is exploring how hydrogen might be integrated into commercial aircraft,” Sheila Remes, Boeing VP of Environmental Sustainability, said, it’s “going to be hard.” Regarding hydrogen, “You want to make sure that it’s a choice that’s actually going to come out the other side as certifiable and safe” on the other hand, SAF “works with what we’ve got right now.”

The industry’s differing approaches — and vested interests — underscore the complexity of eliminating aviation’s carbon emissions on a net basis by 2050. According to the International Air Transport Association, the cost of transitioning from fossil-derived jet fuel will be $2 trillion. Not even the industry agrees on how it will break decades-old habits or who will pay for it.