A self-healing amphiphobic — a molecule that possesses both hydrophobic and hydrophilic elements — solid slippery coating has been developed by scientists from the Indian Institute of Technology (IIT) Guwahati.

The self-healing slippery coating demonstrated rapid self-healing properties — repetitively healing itself up to 50 times — after sustaining damage. Healing, according to the researchers, took place in under one minute. 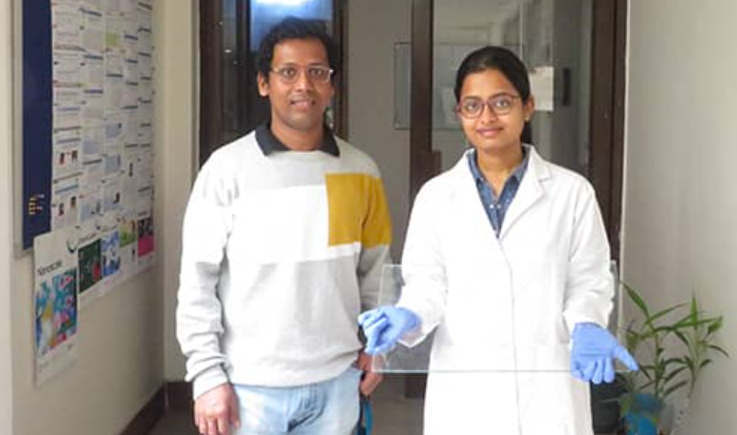 The team of researchers demonstrated that the coating could be applied to different surfaces including aluminum foil, glass, paper and plastic, for instance. Additionally, the coating can also reportedly be applied to complex-shapes such as curved surfaces.

The researchers suggest that such a coating could potentially be used to protect smartphone and other device screens from both aqueous and oily contaminants.

By posting a comment you confirm that you have read and accept our Posting Rules and Terms of Use.
Advertisement
RELATED ARTICLES
Coating heals vehicle scratches
Novel Packaging Gives Food Waste the SLIPS
Water-repellent Material is Durable, Self-healing
Coating Could Help Repel Ice Buildup on Surfaces
Sugary coating may improve implants in osteoporotic environments
Advertisement