IEA report: Hydropower is key to reaching net zero by 2050

Hydropower has a key role in the transition to clean energy through the production of low-carbon electricity and by providing grid flexibility and storage. Many hydropower plants can ramp their electricity generation up and down very rapidly compared to other power plants such as nuclear, coal and natural gas. This makes sustainable hydropower an attractive foundation for integrating greater amounts of intermittent wind and solar power.

In 2020, hydropower supplied one-sixth of global electricity generation, making it the single largest source of low-carbon power, and global hydropower capacity is expected to increase by 17% between 2021 and 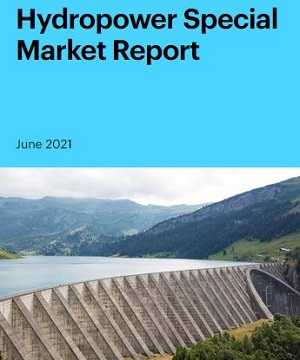 Source: IEA2030, according to the International Energy Agency (IEA). However, the projected growth for the 2020s is nearly 25% slower than hydropower’s expansion in the previous decade. Reversing the expected slowdown will require strong policy actions from governments to address the major challenges that are hampering the faster deployment of hydropower.

To that end, the IEA has outlined seven key priorities for governments looking to accelerate the deployment of hydropower in a sustainable way:

By posting a comment you confirm that you have read and accept our Posting Rules and Terms of Use.
Advertisement
RELATED ARTICLES
How well-intentioned hydropower is threatening some of the last wild rivers
New international guidance for small hydropower plants
Mapping a Future Role for U.S. Hydropower
A power play for Africa: Co-locate floating solar with hydropower
Global Energy-related Emissions of Carbon Dioxide Stalled in 2014, IEA Says
Advertisement