The resource features an enhanced user experience with interactive data-exploration tools offering a closer look at graphs, maps and figures, along with an overview of the importance of indicators and how climate change can affect human health and the environment. The data indicate that U.S. heat waves have increased from an average of two per year in the 1960s to six per year in the 2010s, while sea levels have risen relative to land as high as 8 in on parts of the U.S. coastline since 1960. Another indicator, the average length of growing seasons, has increased an average of over two weeks in the 48 contiguous states since the early 1900s. Nobody is disputing that the Earth is gradually warming, it has been since the last ice age...Measuring this says nothing but that the trend is continuing as it has been for the last 13,000 years or so...

This alarmism that permeates throughout the media smacks of political agenda...You can't change the climate in any meaningful way within a hundred lifetimes....If anything the rise in global temperature seems to have been moderated at this time, as this peak seems to have halted and is going sideways...this is a good thing...

If anything we may be able to delay the next ice age for a bit... 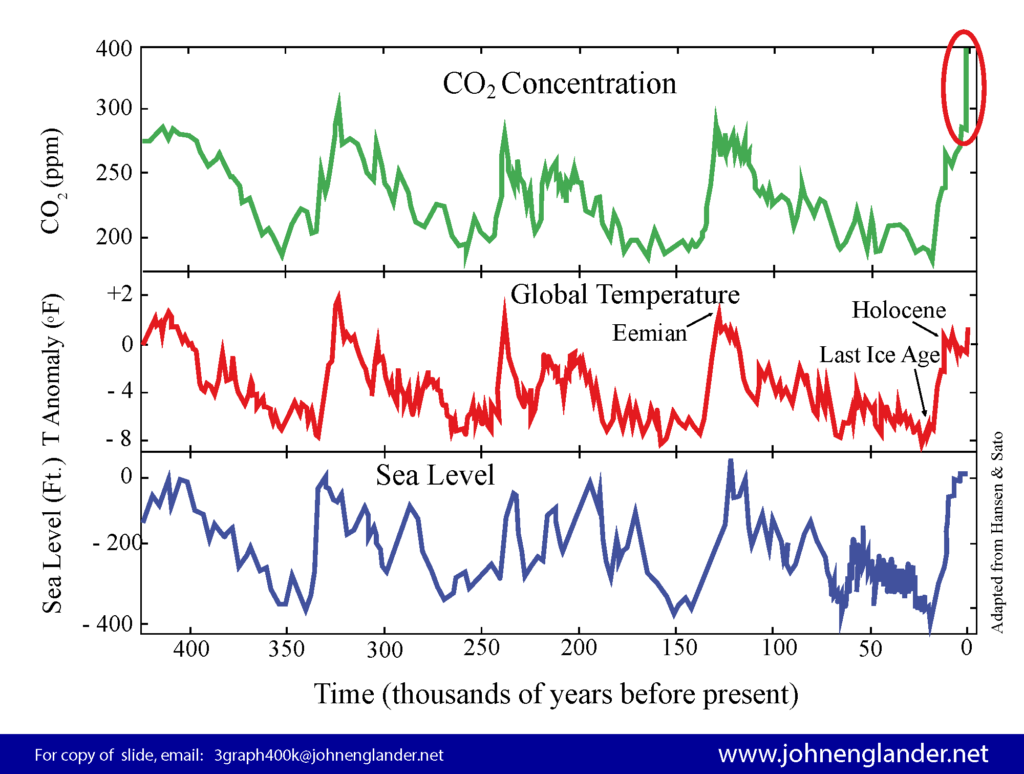 The relationship between CO2 levels and global temperatures appears to be a lagging indicator of a 100,000 year cycle of declining solar irradiance, which cools the planet leading to less CO2 ...

The existential threat of COVID is almost over so they need something else to control us with. Hang on to your wallet, we're in for a rough ride.