Among the most familiar industrial uses of light detection and ranging (lidar) technology today are vehicle-based and robotics applications: autonomous cars and trucks, automated guided vehicles (AGVs) and autonomous mobile robots (AMRs) on warehouse floors, and collaborative robots (also known as cobots) designed to function safely alongside human workers. All of these represent examples of lidar being employed to facilitate safe navigation through complex environmental conditions filled with obstacles, whether those are other devices, humans or both.

Recent developments, however, are opening doors to new uses — not by increasing technological complexity, as one might expect, but by scaling back and simplifying. Cost and expertise requirements that once might have hampered the potential for nontraditional lidar deployments have diminished, while use cases have increased. A case in point can be seen within the burgeoning field of warehouse logistics. 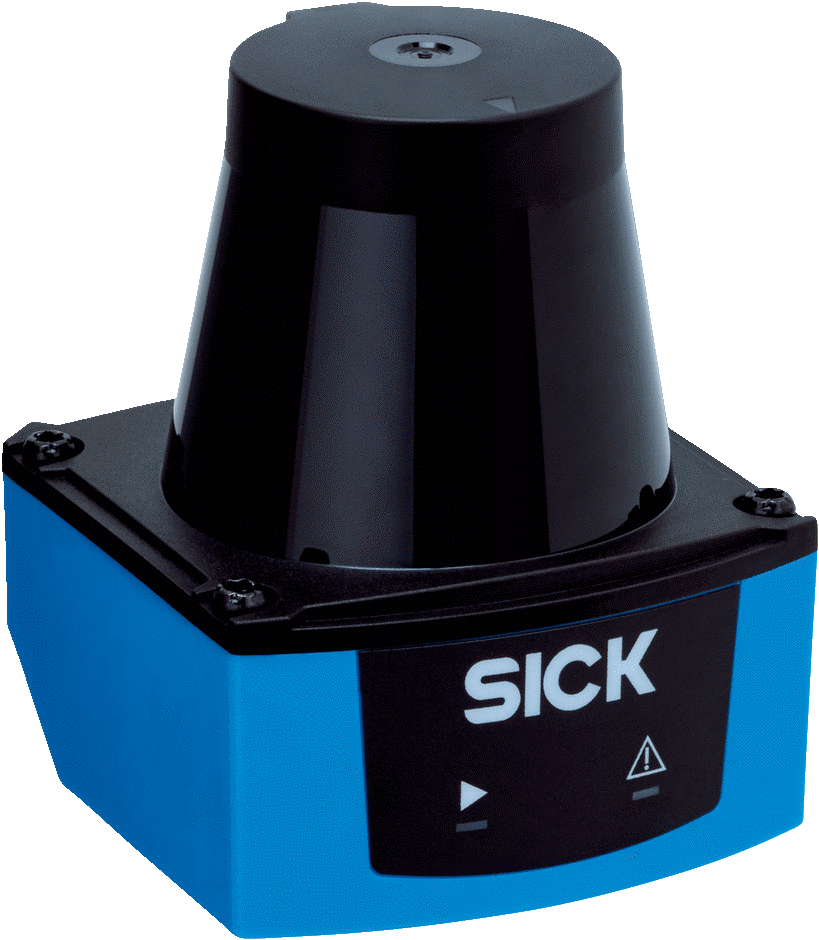 Figure 2: The TiM150 is one of SICK’s compact 2D lidar sensors, with applications including bin picking verification. Source: SICK Sensor IntelligenceEcommerce, along with its attendant distribution centers, has been experiencing a strong trajectory of growth on a global scale. This trend has been amplified by the COVID-19 pandemic, which has increased reliance upon home-based deliveries that ensure greater levels of safety. In the United States, according to Digital Commerce 360, the online share of total retail sales has steadily been on the rise over the past 10-plus years; 2020 also saw an enormous 44% jump in online spending, nearly triple the increase of the previous year. On the global stage, the coronavirus outbreak of 2020 helped to increase the number of ecommerce users by 9.5% year-over-year, according to retail analyst Chain Store Age, and is expected to grow another 10% during 2021. Statistics such as these helped to explain the greater need for automation solutions to keep pace with surging demand.

One company that has been able to realize the potential for lidar deployment in this context is SICK Sensor Intelligence. Its compact 2D lidar sensors, which include the TiM1xx family, can support logistics tasks such as bin picking verification by offering automation and other improvements over older methods that, in the growing ecommerce landscape, may no longer be adequate.

Ecommerce distribution centers are filled with bins, also referred to as container tubs or totes, containing all manner of products for which customers can place orders. Fulfilling those orders involves picking the correct items from the correct bins; the primary method of quality assurance is verification.

Traditional verification methods include push-button human-machine interfaces (HMIs), in which operators indicate correct bin picks with the press of a button. While simple to set up, this method involves manual operation that is prone to error; it is also time-consuming and presents a significant barrier to scaling up operations for meeting increased volume demands. Its requirement for operators to physically press a surface touched by others also raises the specter of safety concerns in the COVID era.

Some of the issues involved with push-button verification can be solved by the higher-tech solution of barcode reading; this is still, however, a manual process with limits on scalability.

It was SICK’s founder and namesake, Dr. Erwin Sick, who invented the safety light curtain, as shown in this video. Its introduction into the industrial space offers an early example of light being used to enable industrial automation.

Light curtains are essentially two-dimensional areas covered with light beams; the beams are produced by banks of photo eyes mounted on either side. If a beam within the coverage area is broken, a relay is triggered. This can be a safety mechanism — stopping a machine from completing an action that could harm a human who accidentally enters the area of coverage, for instance. The technology also can be leveraged for logistics, in which case the beams would be used to scan bins and a relay would consist of yes/no data sent to a programmable logic controller (PLC).

There are several advantages to this approach. First, a light curtain transcends the limitations of manual methods by providing an automated response. While a similar response could be produced by a traditional sensor, the curtain offers whole-area coverage instead of single-point detection. In addition, when the two photo eye banks used to produce the curtain are deployed in close proximity, the resultant burn-through power compensates for the inevitable distortion caused by elements such as dirt and debris in the warehouse environment. It also compensates for distortion caused by sunlight, which can “dazzle” a sensor and skew results.

Nevertheless, there are areas where the light curtain approach falls short. As mentioned above, it requires two photo eye banks: a transceiver and a receiver. Especially in a high-volume facility, there is the very real possibility of either bank being knocked out of alignment. The coverage area is also limited by the amount of warehouse space devoted to it. Such real estate needs, along with the size of the photo eye banks themselves, are generally determined by the anticipated size of the largest bin. If production specs change, however, it may become necessary to clear more space, remount the banks or even to purchase larger banks to accommodate larger items.

Practically all of the shortcomings of the methods above can be solved with a lidar-based approach. As shown in Figure 3, lidar uses a laser pulse reflected by a spinning mirror to create a fanned area of detection. A sensor calculates the proximity of nearby objects by measuring the time it takes the laser pulse to hit a target and return — also known as time of flight. This produces a collection of multiple analog data points that can then be sent to and analyzed by a PLC. Only one sensor is needed, and space requirements are minimal — yet the system creates a highly effective invisible data collection wall.

Figure 3: Animation of a basic lidar system, showing different views of a laser pulse reflected by a rotating mirror. The bottom image shows the sensor’s output. Given its advantages, the natural question one might pose is this: Why has lidar been largely absent from factory floors until now? The answer lies in its complexity. Deployment has required significant expenditure and support infrastructure that has primarily been the purview of ecommerce giants, beyond the scope of smaller companies. Numerous small-scale applications have been imagined, but few have been realized.

SICK is one of a small handful of major companies that set out to change that with an innovative design. Its TiM150, part of the TiM1xx family, produces a fan of light just like traditional lidar. It scans a 200° area up to a distance of 10 m, up to 15 times per second (14.5 Hz). Rather than sending raw analog data to a PLC, however, it employs a small processor inside the sensor to serve as an intermediary. Taking its cue from the light curtain method, it then sends a simple yes/no digital output to the PLC. The technology is thus brought to the edge, existing primarily in the device itself; SICK refers to this as a “sensorized” approach to lidar.

The low-cost device occupies a small footprint about the size of a coffee mug (60 mm x 60 mm x 75.8 mm), is lightweight (90 g) and consumes low power (typically 2.2 W). In addition to offering easy integration into a plant and USB/Ethernet connectivity, it can be configured with software to monitor an area of up to 15.7 sq m. As demonstrated with the TiM100 in this video produced by automation solutions provider EandM, moreover, programming requires little expertise. Its point-and-click functionality allows a user to create an area of interest, and the device can also be preloaded with fields.

Just as ecommerce consumers tend to review numerous options before making a decisive click, so too should warehouse managers compare their options when seeking to improve their logistics-handling capacity. Here are a few of the more salient points to consider.

Compared to manual solutions such as push-button HMI and barcode readers, compact lidar sensors like SICK’s TiM device offer automation as well as greater efficiency and lesser potential for human error. It should also be noted that if a manual barcode reader/PLC system is already in place, the TiM can be integrated into it — effectively automating an existing barcode system.

Compact lidar sensors also can withstand moderate amounts of contaminants such as dirt, debris and sunlight, which interfere with the operation of traditional sensors. This point is entertainingly illustrated during the flour demonstration portion of the EandM video.

Unlike light curtains, which up until recently were perhaps the most advanced logistics solution within reach of smaller companies, compact lidar sensors require minimal space and are future-proofed. Accommodating larger bin sizes requires only that an operator draw a larger area of interest on a screen, as opposed to increasing the actual physical footprint of the equipment.

Finally, while traditional lidar systems can cost many thousands of dollars and take weeks or months to integrate, systems like the TiM are designed to be low-cost and plug-and-play.

One other compact lidar sensor deployment warehouse managers may wish to consider is what SICK calls the “Pick to TiM” system. In this scenario, one of the more advanced sensors from the TiM line is mounted over a pick wall filled with bins; software is used to collect positional data, tracking which bin is reached into and when. The TiM can then verify not only that the correct items have been picked, but also that a full sequence of bin picking has been performed in the correct order. SICK actually uses this system to produce the TiM itself — in other words, TiMs are used to produce more TiMs.

Pick to TiM represents just one of many possible adaptations of the technology to support more robust use cases.

Advances in the field of warehouse logistics illustrate how a convergence of factors — including the growth of ecommerce and a corollary need for increased automation, the inadequacies of traditional verification methods and innovations from forward-thinking companies like SICK — has contributed to a rise in new and nontraditional uses for lidar. For warehouse managers, perhaps the most important takeaway of this discussion is that lidar’s advantages are no longer out of reach to organizations without the infrastructure — or, just as importantly, the need — to support the complex operations of devices such as AGVs and cobots.

Even in scaled-back form, the advantages of lidar are many: automation, efficiency, error minimization, footprint reduction and more. Innovations like the “sensorized” approach of the TiM offer a compact, low-cost and easy-to-integrate solution.