Lobster underbellies are lined with a thin, translucent membrane made of the toughest hydrogel in nature called chitin, a naturally fibrous material. Chitin is strong but also highly flexible, which allows lobsters to move across the seafloor while also being able to flex back and forth to swim.

Previous research characterized the mechanical properties of the lobster underbelly and revealed that sheets of chitin are stacked at a 36-degree angle, which creates a bouligand structure. This structure has high stretch and strength properties. After reviewing this study, the current team of researchers wanted to create a lobster bouligand-like membrane with a hydrogel they had previously created.

In 2019, a fatigue-resistant hydrogel was synthesized with ultrathin fibers of hydrogel aligned like strands of gathered straws. The team's new study combines this hydrogel with a lobster-inspired technique that ultimately created a stronger membrane. 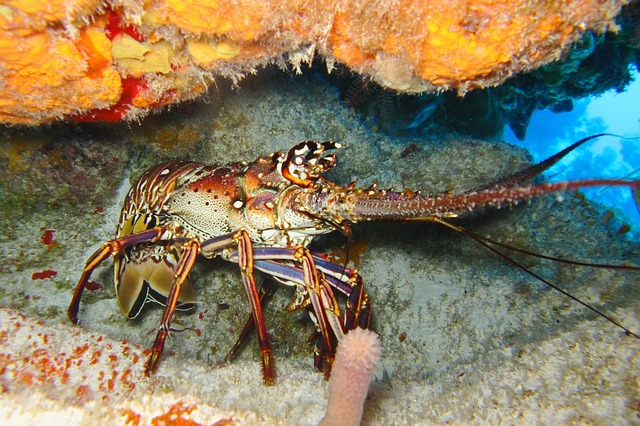 To create the initial hydrogel, electrospinning and high voltage charges were used to spin nanofibers from a polymer solution. This created a flat film of nanofibers that measured 800 nm. The film was then placed in a high humidity chamber to weld individual fibers together which created a sturdy, interconnected network and then placed in an incubator to crystallized individual nanofibers at high temperatures, which strengthened the material.

To create the lobster underbelly-like structure, five films of the hydrogel were stacked at 36-degree angles. This created a single bouligand structure, which was then welded and crystalized to fortify the material. The final product measured at 9 cm2 and 30 to 40 microns thick.

After testing, the new material was observed to perform similarly to the lobster membrane. It could be stretched repeatedly and was resistant to tears and cracks. They also put this material through impact tests by shooting it with microparticles at a high velocity. These test results showed that while the new material is not as resistant as Kevlar, it is very strong and significantly sturdier than other nanofibrous hydrogel and is stretchier than Kevlar.

Researchers believe the new material could be used as stretchy or strong replacement tissues for artificial tendons or ligaments.

A paper on the new material was published in Matter.

We learn a lot from Mother Nature.