According to the researchers, nanocrystals and nanofibers of chitin from waste shrimp, lobster and crab shells added to cement reportedly made the material 40% stronger and delayed the set time for the cement by more than an hour, which benefits long-distance transport and hot weather concrete applications. 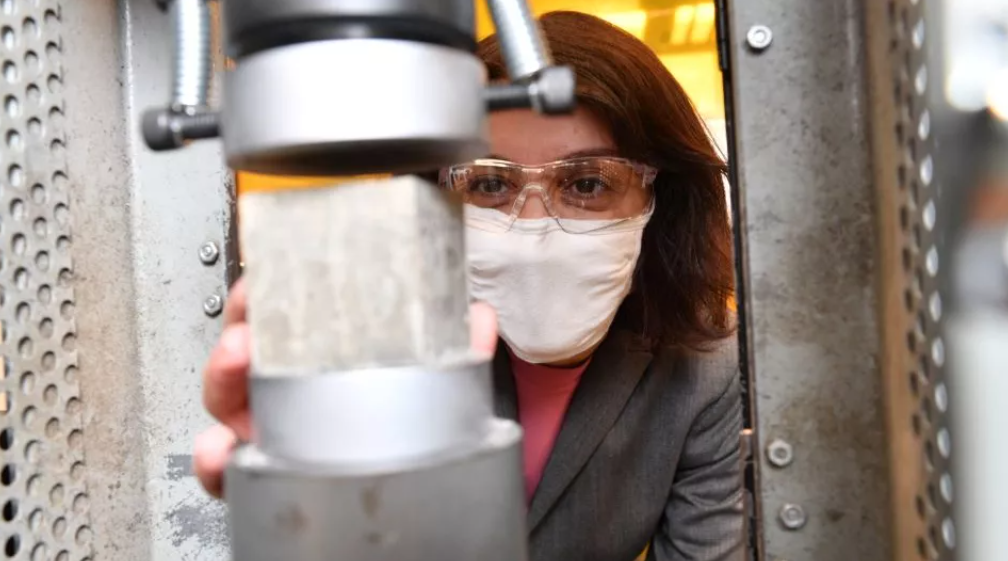 Researchers managed to improve the strength of cement using chitin from crab, shrimp and lobster shells based on chitin’s additional set of atoms that enabled researchers to control the charge on the surface of the molecules and their behavior in the cement slurry.

“Being able to control the charge on the surface is an important piece to controlling how they function in cement. We could do that quite simply on the chitin because of the carboxyl group that sits in the chitin polymer,” explained the researchers.

“The chitin nanoparticles repel individual cement particles enough so that it changes the hydration properties of the cement particle within the system,” the researchers continued.

While adding the processed nanocrystals of chitin to the cement, researchers managed to improve and target its properties, including the material’s consistency, setting time, strength and durability.

By reducing the amount of cement used to achieve the same mechanical or structural function, while doubling its lifetime, the researchers suggest that the carbon emissions from the built environment can be dramatically reduced with the addition of chitin.

The article, Insights into setting time, rheological and mechanical properties of chitin nanocrystals- and chitin nanofibers-cement paste, appears in the journal Cement and Concrete Composites.

By posting a comment you confirm that you have read and accept our Posting Rules and Terms of Use.
Advertisement
RELATED ARTICLES
Startup turning lobster shells into plastic alternative
Chitin, Cellulose Form Basis of New Food Packaging Material
Biodegradable Plastic from Shrimp Shells
Crab Shells May Provide a Green Solution to Malaria
7 unexpected ingredients with the potential for solving the plastic waste crisis
Advertisement