Researchers from Australia’s Monash University and University of Melbourne adapted a component from solar cells to create a rapid, light-based detection system for deadly chemicals. This is the first cheap and fast detection system that can work outside of the laboratory.

Strictly controlled chemicals are used for agriculture, industry and some daily activities. In the wrong amounts or if used incorrectly, these chemicals can be harmful to people and degrade the ozone layer.

One of these chemicals is methyl iodide, which is used to control insects and fungi. Methyl iodide is invisible and doesn’t smell, making it difficult to detect when there are dangerous amounts in an environment.

The previous test for this chemical was expensive and required complicated equipment in a laboratory. Cheaper methods were attempted, but they weren’t sensitive enough and took too long to deliver results. The team’s new method detects methyl iodide through changes in color with accuracy, flexibility and speed.

To develop the new method, the team borrowed synthetic nanocrystals based on a perovskite structure, a new technology in collaboration with Australia's National Science Agency CSIRO and the Department of Defence. This tech is currently being used to improv 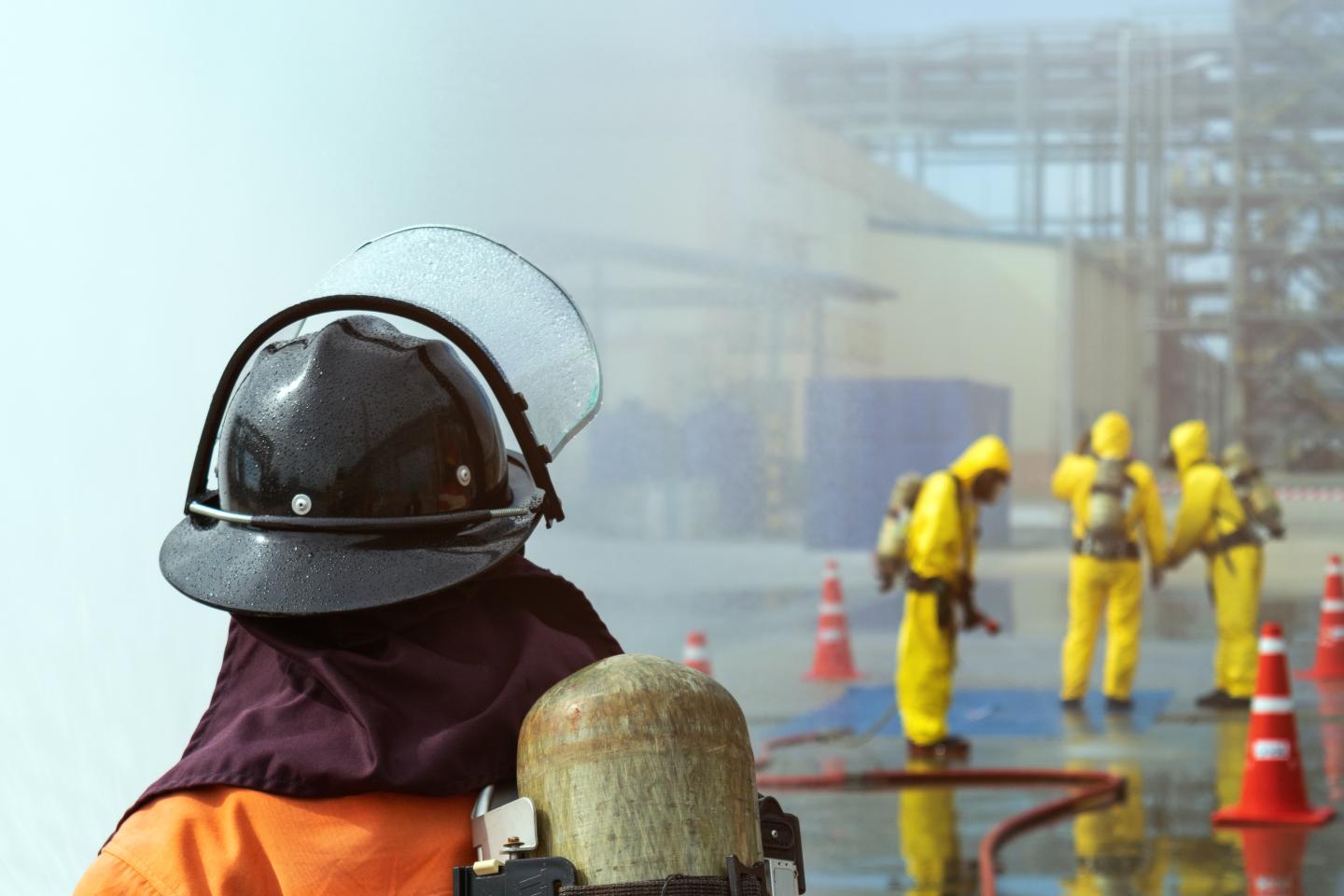 The new technology could help to protect emergency services and first responders from chemical hazards. Source: Shutterstocke solar cell efficiency and the team turned it into a detection method. The new device relies on how highly fluorescent nanocrystals react with fumigants which changes the color of the light they emit. The presence of methyl iodide causes nanocrystal emissions to change from green to yellow to orange to red and, finally, a deep red. Ion-forming nanocrystals change quickly when exposed to methyl iodide triggered by a chemical reaction. This chemical reaction involves exchanging bromide with iodide within the nanocrystal and creates a color change.

The amount of color change depends on the amount of fumigant present. This activation step cuts the response time of the sensor from a few hours to a few seconds. Researchers report that they could get results in five seconds at room temperature. The team was able to demonstrate that color change is dependent on perovskite nanocrystal and methyl iodide concentrations.

The new mechanism has the widest range, highest sensitivity and quickest response ever achieved for a detection technique that works outside of the lab and without expensive equipment.

The sensing mechanism is versatile enough to be used to detect a range of fumigants and chemical warfare agents. These findings could be used to provide a platform to build a real-world test device.

A paper on this research was published in ACS Nano.

By posting a comment you confirm that you have read and accept our Posting Rules and Terms of Use.
Advertisement
RELATED ARTICLES
How to take the “forever’’ out of PFAS forever chemicals
Research Could Save Money and Reform Nuclear Waste Reprocessing
New Low-Dimensional Nanomaterials Could Revolutionize Technology
Solar Cell Using Lead from Recycled Car Batteries
Design failures led to fatal chemical plant accident
Advertisement