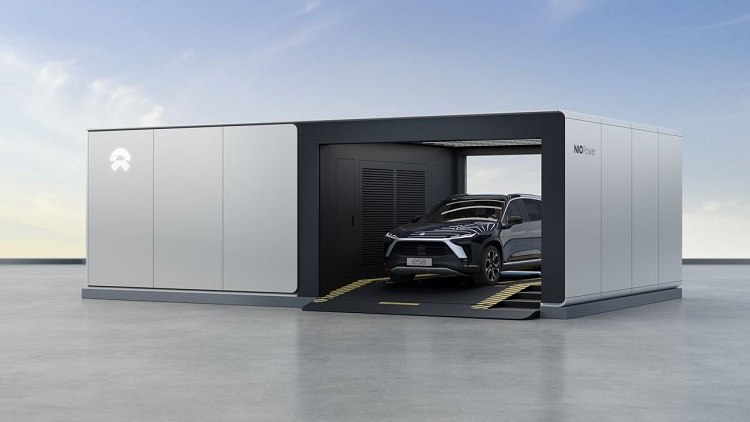 Chinese car manufacturer Nio has recently launched a battery-swapping service that claims to make electric vehicles (EVs) up to $10,000 cheaper than the current prices. This would entail building out a complete infrastructure of (rather expensive) battery-swapping service stations for this plan to work in the U.S. However, as EVs become more popular and the technology behind them advances, is the idea of battery-swapping finished before it even gets the chance to start? Let’s discuss.

The ranges of current EVs are increasing with every new model, and their charging infrastructure is also growing. This means that it is now quicker and easier than ever before to charge EVs, but it is still significantly longer than it takes to fill a tank of gas. At one of Tesla’s renowned “Supercharging Stations,” it takes about 40 minutes to charge 80% of a vehicle’s battery. Compare that to the three to five minutes it takes to pump a fuel tank full to the brim with gas. That is at least eight times longer for generally less range. This is one of the few remaining drawbacks that is preventing all motorists from converting to EVs.

Aware of this issue, Nio developed what they think is the solution: a subscription service that provides the user with swappable batteries. With a battery as a service (BaaS) subscription, EV owners do not need to worry about long battery recharging times or about recharging at all. Fully charged batteries would be readily available to customers and would be installed in just a few minutes. Naturally, there are a few different packages available that carry various battery sizes and separate power swap stations for the bigger batteries. The result of this subscription model? It allows Nio to sell EVs with no batteries installed in them, bringing down the price of the cars by about $10,000, as the batteries are by far the most expensive part of the vehicles.

This concept also provides a level of flexibility to users who avail of the different subscription packages. The battery change takes about the same time as it does to pump gas, about three to five minutes, but it also gives the option to change the battery for a bigger size, if for instance the driver was just about to embark on a long road trip. Customers can upgrade their package for a short time when they need it, and then downgrade when they are not using their vehicle as much, or vice versa.

At the moment, a 70.0 kWh battery pack, plus six battery swaps a month comes in at $142 a month, and the cost for the battery pack with no swaps is just $12 per month! It is definitely a quick and easy way to continue an EV journey along those long road trips, and would give the owner a familiar user experience if they were converting from a gasoline-powered car. This technology has already been proven in China where it has been in use since 2014. Since June 2020, 500,000 battery swaps have already been completed.

Will this work in the U.S.?

It is not looking very likely that this system will take off in the U.S. in the near future, despite its many clear advantages. The U.S. is focused now on expanding and building out their charging infrastructure, with Tesla taking the lead on the construction of recharging stations. Not all EVs are Teslas though, so as battery capacities continue to grow, the need for high-speed chargers is growing with it. This system will have to be established before a change (or improvement) in the system such as Nio’s product can be introduced or even considered.

Car manufacturers have voiced their doubts about the need for high-speed charging in the first place, never mind a battery swap service. They stated that only 3% to 5% of EV drivers actually use fast charging. The other 95% to 97% just charge their vehicle at home at night, and this suffices for their daily driving. Furthermore, battery swapping facilities are very expensive as only one car at a time can be serviced, and there can be delays due to snow, dirt and mud that may be on the underside of the vehicle.

Despite this, major car manufacturers continue to focus on making sure their specific model of EV charges as quickly as possible and has the most range and battery capacity available. Startup Lucid recently claimed that their upcoming EV, the “Air Sedan,” could possibly add 300 miles of range in just 20 minutes, once it is connected to an adequate fast charging station. If this is true, it would basically cut the gap in half between refilling with gas and recharging an EV. Not ideal, but a major step in the right direction.

Battery technology development and its infrastructure continues to grow, but the thought of a battery swapping service ever becoming prominent in the U.S. seems unlikely. The EV market is still relatively small in America, as residents have been slow to convert and, especially when compared to China, the EV market is tiny. The concept of a battery subscription sounds amazing, but U.S. car manufacturers are focusing on other aspects of the EV industry, like building more fast charging stations in more places, and improving the speed of existing charging stations.

So, what do you think about the idea of giving EV owners a more “normal” recharging experience? Do you think it will ever take off in the U.S.? Let Engineering360 know in the comments below.

No, I don't think EVs will replace ICEs. Hydrogen powered fuel cells will replace EVs and ICEs. The fuel cell has all the advantages of the ICE without the pollution. Mainly, it can be refueled in about the same time as an ICE. The economical production of the fuel cell is already in place. The only real obstacle to fuel cell powered cars now is the cost of hydrogen. There's a lot of private research going into solving that problem. Once the price of hydrogen gets low enough to make the fuel cell powered vehicle competitive, there will be the biggest change in transportation since changing from horse drawn carriages to automobiles!

With battery change stations a change can be made quickly, but the batteries have to be recharged. How long does that take; guess 5 hours considering quickness versus battery lifetime. Thus the change station's inventory will have to be however many batteries they will change in 5 hours plus a safety number because the change rate will not be constant.

Also, consider that some drivers will claim they got an inferior battery!

As for selling EVs $10000 cheaper, that means the EV is useless until the purchaser invests in a battery--the savings is non-existent.

No where does it state the actual time to swap a battery out and in into one of these EVs. I want to see the actual time taken from pulling up at the swap station to driving away with a fully charged, quality guaranteed battery pack.

If no tests have been performed on the actual time taken for the swap then it is just another load of show food, waffle!

Re: Battery swapping service to make EVs cheaper
#4
In reply to #3
Lehman57