Researchers from Texas A&M University have created an efficient way to use leftover sludge to create biodegradable plastics.

Sludge is a major environmental issue and the U.S. generates seven million tons of sewage and sludge annually. A portion of this waste ends up being repurposed for manure and other land applications, but the majority of the sludge is disposed of in landfills. 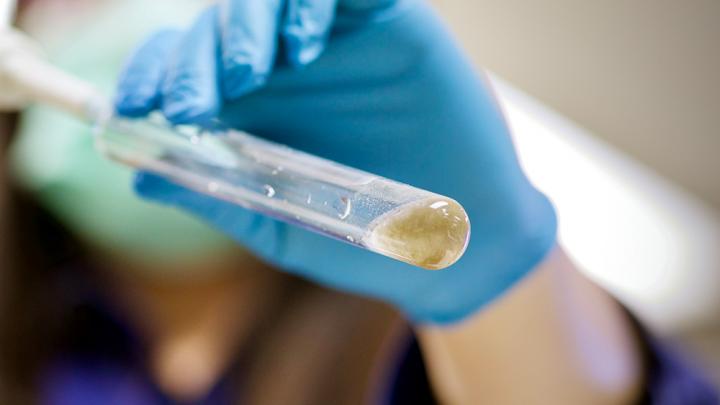 This discovery is a step toward creating competitively priced bioplastic. The price of raw materials to cultivate a biopolymer producing bacteria makes up 25% to 45% of the total production cost of manufacturing bioplastics. This cost could be greatly reduced if researchers tapped into an alternate resource that is cheaper and readily available. That resource lies in bacteria.

Polyhydroxybutyrate is an emerging class of bioplastics. There are several bacteria species that produce this material when there is an imbalance of nutrients in the environment. The polymer acts as a bacteria’s supplemental energy reserve, similar to the fat deposits in animals. An abundance of carbon sources and depletion of either nitrogen, phosphorous or oxygen, causes the bacteria to erratically consume carbon sources and produce polyhydroxybutyrate as a stress response.

One medium that forces bacteria to make polyhydroxybutyrate is crude glycerol, a byproduct of biodiesel in manufacturing. Crude glycerol is rich in carbon and has no nitrogen. This is a suitable raw material for making bioplastics, but it has impurities that could prohibit bacterial growth. Sludge from wastewater has the same kind of fatty acids and salts as crude glycerol. The effects that fatty acids have on bacterial growth and Polyhydroxybutyrate production have yet to be examined.

The team repeated the experiments in samples with high strength synthetic wastewater and wastewater activated sludge. They found that the bacteria was still able to create polyhydroxybutyrate, but at lower quantities than in crude glycerol.

By leveraging Zobellella denitrificans ZD1’s tolerance in salty environments, scientists could avoid having to use the expensive sterilization process that is normally needed when working with other bacteria strains.

A paper on this research was published in the American Chemical Society.

By posting a comment you confirm that you have read and accept our Posting Rules and Terms of Use.
Advertisement
RELATED ARTICLES
Protein Feed and Bioplastic Created from Farm Biogas
Readily degradable bioplastic makes use of waste
Will today’s waste methane become tomorrow’s textiles?
Bioplastic Beverage Bottle Created from Fruit Juice Industry Wastewater
UBC Engineers Develop Method for Breaking Down 'Fatbergs'
Advertisement