The utility of demand side control as an effective solution to stabilizing the reliability of power grids based on a mix of energy generation sources was the focus of a modeling analysis conducted by researchers from Campus Universitat de les Illes Balears and Universidad Carlos III de Madrid, Spain. 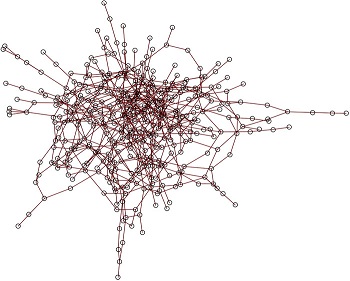 Image shows the nodes and lines of a prototypical power grid. Source: B. Carreras et al.Alaska University (Alaska). The OPA scheme was revised to account for the effects of demand side management in power grids and to simulate the rapid fluctuations involved under different demand loads. The assessment considered the role of diurnal variability and power bursts caused by simultaneous switching on blackout dynamics. The effect of managing demand by using devices that delay switching on until the grid is less congested was also evaluated.

The research published in Chaos: An Interdisciplinary Journal of Nonlinear Science shows that introducing demand fluctuations increases the number of blackouts. The implementation of demand control effectively reduces the number of blackouts without increasing the probability of large-scale events. Increased use of smart devices capable of postponing intended power bursts occurring at times of large consumption is advocated for avoiding blackout events and improving overall grid reliability.

By posting a comment you confirm that you have read and accept our Posting Rules and Terms of Use.
Advertisement
RELATED ARTICLES
Primary causes of power outages
Giant Tesla Battery Bank Built in South Australia
Transmission line repairs hardly affecting utility customers
Micro Grids Can Solve Macro Problems
Will US household air conditioning use exceed electric capacity in the next decade?
Advertisement