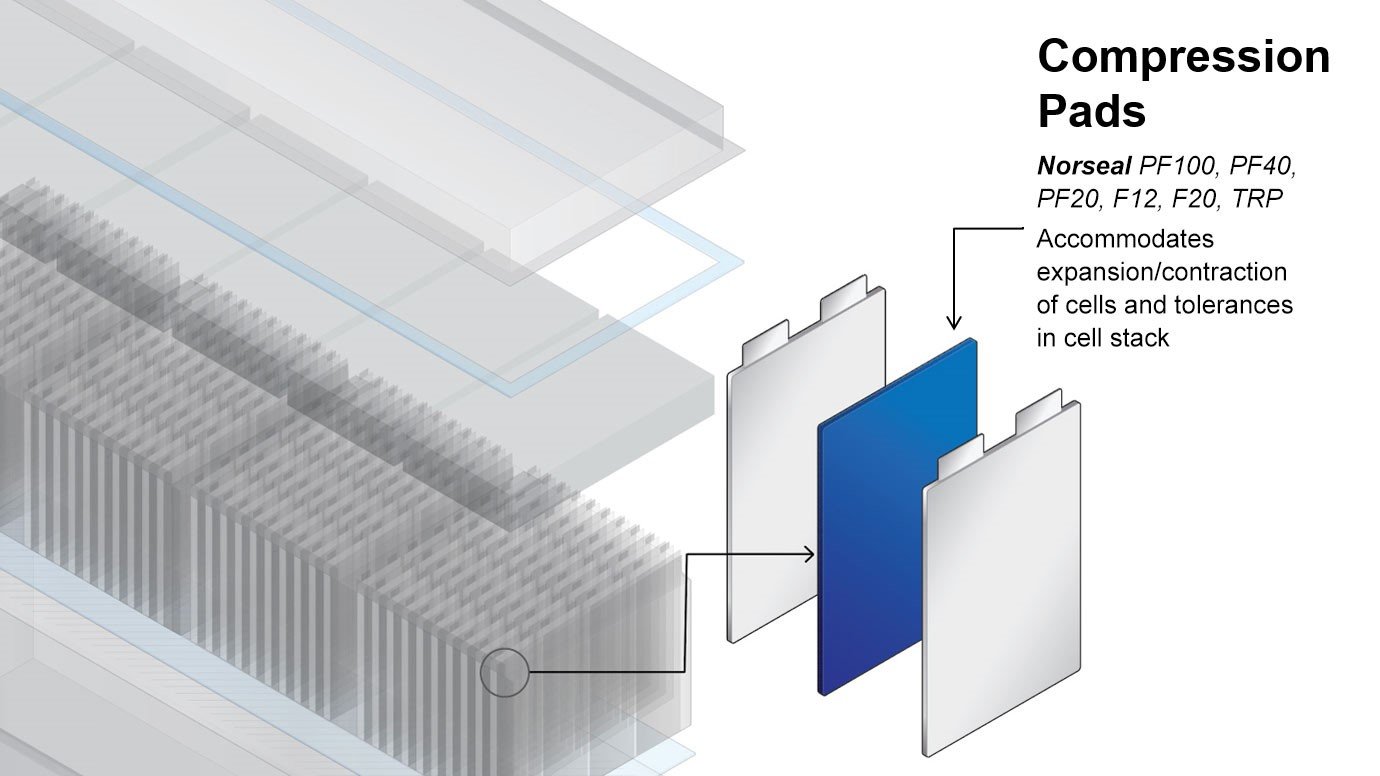 The electric vehicle (EV) upsurge continues unabated, with no signs of slowing down. According to Edison Electric Institute, the number of EVs on U.S. roads is projected to reach 18.7 million in 2030, up from one million at the end of 2018. What is more, the U.S. Department of Energy said that in 2008 there were fewer than 500 EV charging stations in the U.S.; in 2019, this number had risen to over 20,000 with more than 68,800 connectors.

This rise of EVs will translate into growing demand for batteries with recent forecasts projecting a 20% compound annual growth rate to a $15 billion market by 2026, according to IDTechEx.

There is a caveat, however. The promise of efficient, long-range EVs will only come about through improvements in battery technology — specifically batteries that will charge faster and last longer. While a lot of this is impacted by the choice of the battery chemistry and advances in it, there is still significant work that can be achieved by material component choices made around the battery.

Battery cells are the most basic units that store energy for hybrid vehicles and EVs. There are three types of battery cells that can be used in EVs: cylindrical, prismatic and pouch. Each battery cell has an anode and a cathode that are separated from each other, but the implementation is different in each cell type.

Cylindrical cells are the least expensive to produce per kilowatt-hour (KWh) of energy storage. However, due to their circular cross section, they do not pack as efficiently as other cells, making cylindrical packs larger and heavier than other cell types.

Prismatic cells make optimal use of space due to their rectangular shape and layered approach. Apart from application in mobile phones, tablets and laptops, prismatic cells are also available in large formats that can be used for electric powertrains in hybrid vehicles and EVs. In operation, some swelling is normal and growth allowance must be made.

Pouch cells are the smallest and lightest cell technology. The soft-bodied pouch style is becoming popular because of its highly efficient packaging. A pouch cell can achieve 90% to 95% packaging efficiency, the highest among battery packs. In operation, pouch cells exhibit swelling that is typically higher than what is seen in a prismatic cell. In both cases, this swelling should be managed as discussed below.

Whether a battery uses a single pouch (or prismatic) cell or several cells in a series, optimal pressure on all cells has to be maintained to ensure minimal capacity fade. To do so, battery compression pads are typically used.

In most commonly adapted battery chemistries for EVs, two types of physical dimension changes occur in the battery due to the electrochemical reaction occurring in the batteries. First is the expansion and contraction during charging and discharging – causing changes in the cell thickness cyclically. These changes are reversible changes, for the most part. The second change is the cell thickness increase from BoL (beginning of life) to EoL (end of life). This change is typically not reversible. This irreversible thickness increase of the cell is gradual and happens over repetitive charge and discharge cycles.

When looking at the first dimensional change, which is reversible, studies have shown that putting an optimal amount of restriction provides for cells to retain their capacity for longer time. If the cells are restricted more than optimal, the capacity fade occurs faster and at the same time, it can be detrimental to the stability of the cells leading to unsafe conditions like thermal runaway. Too little pressure, on the other hand, can allow the cells to expand freely in one-direction, which could impact the cells losing the electrical connections or losing contact to the cooling plate (for thermal management). Therefore, an optimal pressure is needed for the cells to retain their capacity longer (Cannarella & Arnold, 2014). This optimal pressure can be provided by the use of the right elastomeric pad (or compression pad) between the cells, which has the resiliency to take the compression and expansion of the cells over a long period of time.

Thermal management is the term used to describe the ability to control the temperature of a battery array. Batteries tend to heat quickly when they are running at full capacity or during fast charging. The main objective of battery pack thermal management is to reduce uneven temperature distribution, or, put another way, to maintain the temperature within the battery pack in a narrow range (usually between 3° C to 4° C in ambient conditions that range from -35° C to 50° C).

There are two different options in dealing with the heat generated from the inside of a battery pack. One is to evacuate the heat, which can be complex because it involves a cooling system incorporating a cooling plate and cooling fluids (circulating a glycol-based fluid through the cooling plate). The second option is to insulate each battery component from each other using a thermal material, usually an elastomeric foam with intrinsic heat resistance properties.

Compression pads are responsible for maintaining pressure on the face of a pouch cell (and in some cases, a prismatic cell). If the elastomeric compression pad demonstrates poor resilience or poor recovery, this can cause the cells to expand freely to some extent causing their capacity to fade quickly, as discussed earlier. In addition, they insulate the cells from each other thereby making heat flow mostly to the cooling plate through the thermal interface material, to promote a uniform temperature across the cell stack.

Saint-Gobain battery pack compression pad options include silicone and micro-cellular polyurethane foams. The foam’s spring-like characteristics provide consistent deflection force over a wide range of compression and temperature — a property called compression force deflection (CFD). This is the stress at any particular strain, after taking into consideration the stress relaxation within the material. This is the actual stress that would come into play while the cell is expanding during the charging cycle. This cell expansion is slow enough that the foam material will already have time to relax. Also, as the cell ages, its thickness increases as previously demonstrated. This would translate to a continuous and gradual increase of the nominal stress on the pad. As a consequence, the pad should not be exerting excessive stress on the cell, which can be detrimental to a cell’s performance as previously seen. So, it is important for the pad behavior to have a narrow range of stress for a wider range of strain so that ‘optimal’ pressure is exerted on the cell, consistently over many charge and discharge cycles. The importance of the CFD curve in choosing a compression pad for higher performance and longer battery life, therefore, should not be underestimated. The foam should also be highly resistant to permanent deformation (compression set) when subjected to extreme pressure or compression loads, as well as electrically insulating to minimize and prevent arcing within modules.

Saint-Gobain Norseal PF Series Compression Pads provide more than just compliance to swelling cells, they also provide mechanical support by minimizing the relative motion between the cells in case of shock or vibration, and hence help maintain the integrity of the pack. As automation takes a stronger foothold, minimizing the number of steps and parts in the manufacturing process becomes crucial. PF Series Compression Pads were developed to have an inherent tackiness to them, thereby eliminating the need for adhesive or glue to hold the pads to individual cells during assembly and making the process easier to automate. To accommodate other types of automation processes, the level of ‘tackiness’ in the pads can be modified. Overall, these pads feature a customizable range of densities, thickness and tackiness.

Norseal PF Series Compression Pads, including the PF20, PF40 and PF100 Series products, provide the widest range of thicknesses in the industry, even at densities of 140 kg/cm3. Density is one of the keys to minimize the overall weight of the module, pack and the vehicle itself. The Norseal PF Series’ flexibility, which is available in different densities and thicknesses, enables it to be adaptable to different cell chemistries and pack configurations.

Norseal PF20 Series is available in thicknesses as low as 1 mm, which aids in achieving higher energy density in a pack. Norseal PF20 Series also meets flame performance per ASTM D4986 (equivalent to UL94 HBF). Importantly, the properties and resulting function of the foam is very consistent over time and over a range of environmental conditions.

Like the PF20 Series, the Norseal PF40 Series is also a line of micro-cellular polyurethane foams specifically developed for efficient functioning of batteries in a pack, but the PF40 is available in thicknesses of greater than or equal to 2 mm.

These properties and resulting functions of the foam are consistent over time and over a range of environmental conditions, ensuring a long life for the pack. As previously noted, the key to performance is seen in the CFD curve (Figure 2). Figure 3 highlights the excellent compression set resistance exhibited by PF100 Series Compression Pads even at elevated temperatures, for example 90° C and high humidity conditions like 85% RH. 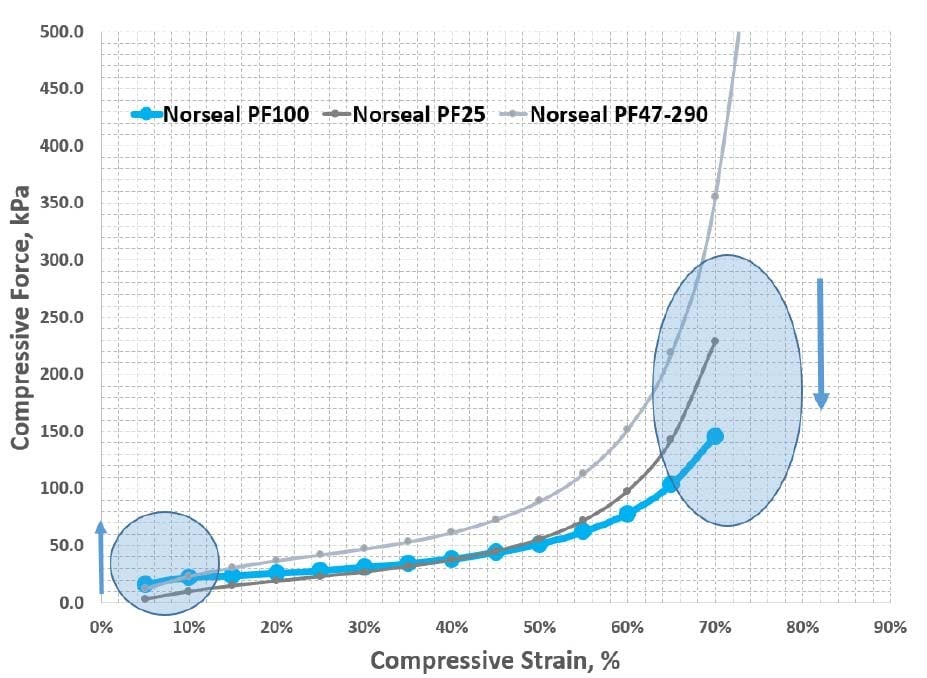 Figure 2: The key to performance is seen in the CFD curve. Norseal PF cushion pads provide a flat CFD curve over a wide range of deflection. Source: Saint-Gobain 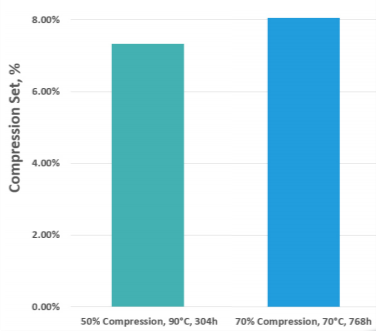 The promise of efficient, low-cost and long-range EVs will only come about through improvements in battery manufacturing technology. Modern foam materials, such as the Norseal PF Series, offer consistency and reliability over wide temperature ranges, are designed with automation in the manufacturing and placement processes in mind, and provide low weight while improving battery robustness. Their use will be key to EV growth.

For more information on Saint-Gobain materials and products to consider for EV battery thermal management, go to Saint-Gobain’s website.

By posting a comment you confirm that you have read and accept our Posting Rules and Terms of Use.
Advertisement
RELATED ARTICLES
Providing next-generation EV battery protection without compromise
The Foams That Are Driving EV Battery Innovation
Simple battery pack assembly and robust, efficient batteries with Norseal PF compression pads
Material solutions to seal out the elements in automotive lighting applications
Maximizing rail passenger safety and comfort with advanced tape solutions
Advertisement