Gear Reducers 101: Back to the basics

Gear reducers convert high-speed rotational energy from an input or driving device, such as a motor, to an output or driven device, such as a shaft. These devices reduce the output speed of the motor with a proportional increase in output torque using two or more gears configured to obtain the correct rotational or translational direction, speed or torque to the output device. There are several gear sets used in gear reducers, depending on requirements related to cost, geometry, load-bearing capability, operational factors, noise, vibration and thermal environments. 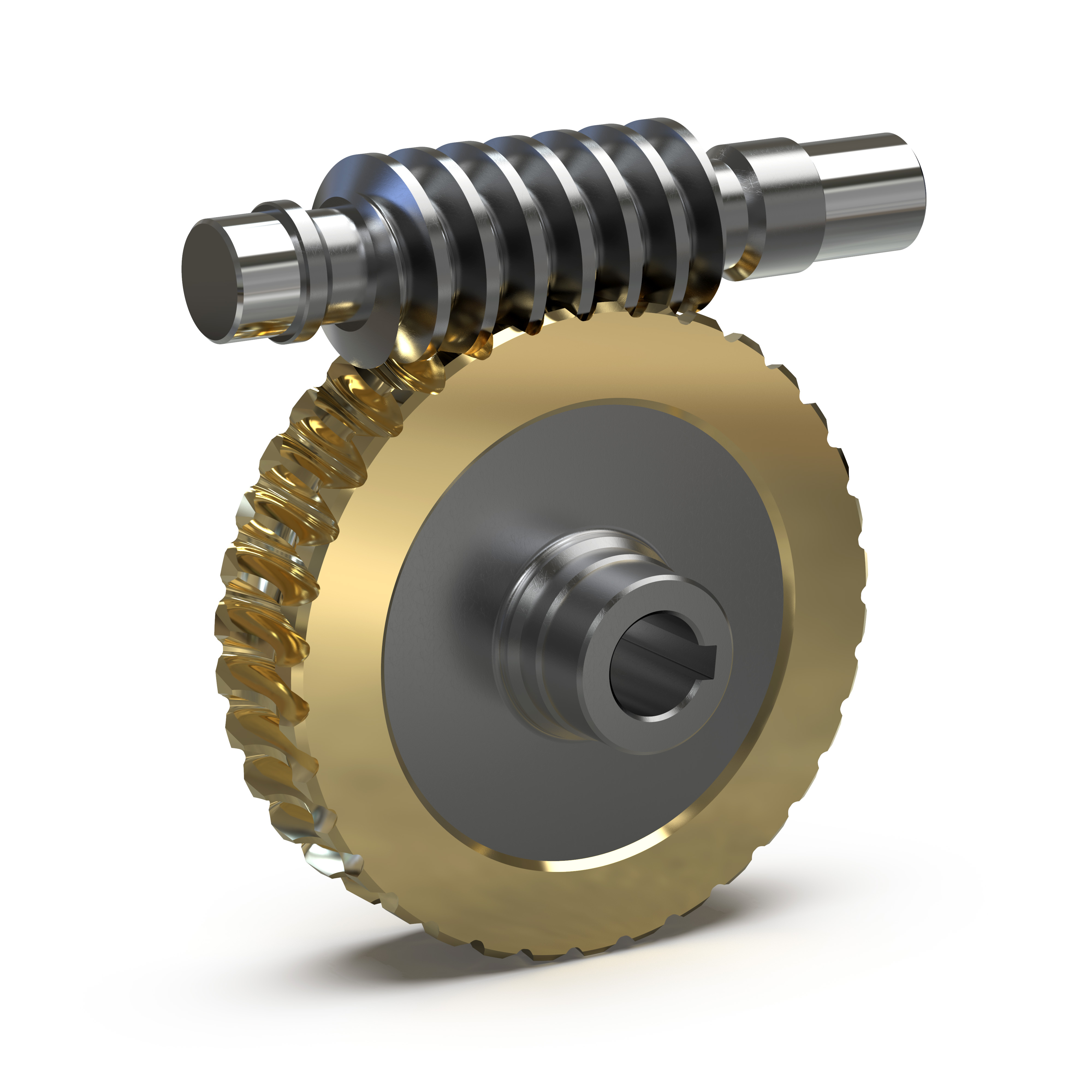 Worm gear reducers are among the most compact and the least expensive options. They consist of an input pinion gear (i.e., a worm or screw) and an output worm gear. Worm gears transmit rotation at right angles, with the input shaft 90⁰ to the output shaft. They can deliver large reductions of input rotational speed and large increases in output torque. Worm gear reducers are less efficient than some alternatives because the gears experience sliding rather than rolling contact. This results in significant friction and higher operating temperatures, which, in some cases, demands special lubrication. 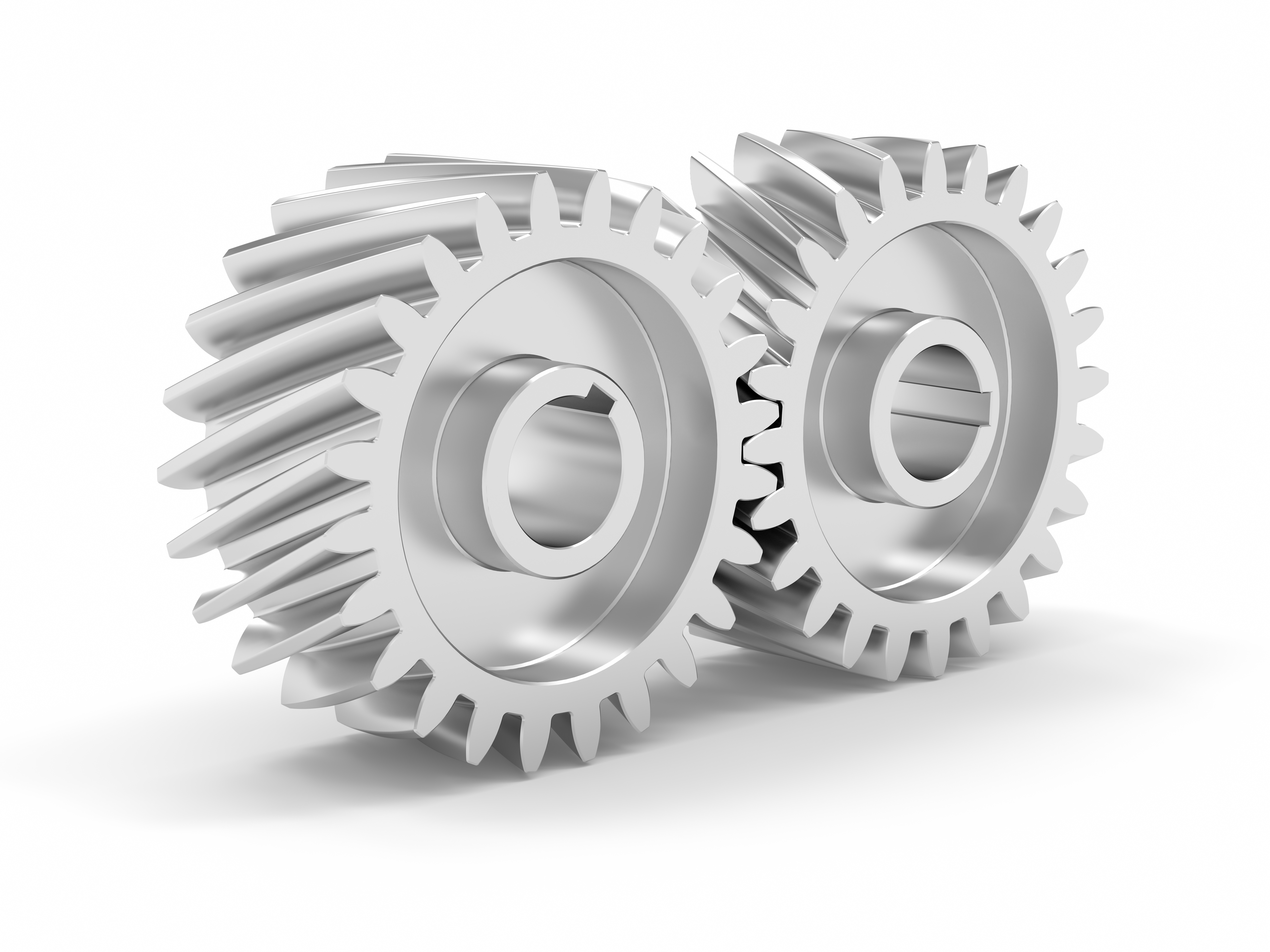 Figure 2: Helical gear. Source: NMCandre/AdobeHelical gears transmit torque between parallel or perpendicular input and output shafts. They contain angled gear teeth that engage gradually, where contact starts at one end of the gear tooth and increases as the gears rotate until the input and output teeth are fully engaged. This allows helical gear reducers to have greater load-carrying capacity, as more gear teeth share the load at a given time, resulting in lower stress and reduced wear on the gears. Additionally, gradual engagement enables smoother and quieter operation than other gears, such as spur gears. A disadvantage of helical gear reducers is that machining and finishing the gears is more complex, resulting in high maintenance costs. Also, since the contact surfaces of the gears are on an angle, helical gears develop thrust loads in the axial direction. This thrust must be opposed by thrust bearings, or else the transmission is likely to misalign.

Figure 3: Bevel gear. Source: beysim/AdobeBevel gear reducers are used when the angle of the input shaft needs to be changed to accommodate the output shaft. Bevel gears are usually cone-shaped and configured at right angles. However, they can be configured to any arbitrary angle, according to the application. These gears must be held to tight tolerances since they are ideally matched to precise orientations. Bevel gear reducers may be manufactured with spur gears or helical gears. Spur gears are the less expensive option, however, only one gear is in contact at any given time, resulting in higher gear stresses and noisier operation. Helical gears are more expensive, however, they can carry greater loads and offer smoother, quieter operation.

Planetary gear reducers contain a sun gear that drives two or more planet gears, which in turn drive an internal ring gear. Typically, planetary gears require that the motor and driven equipment be in-line with one another (i.e., co-axial).

Figure 4: Planetary gear. Source: Milos Stojiljkovic/AdobePlanetary gears are capable of significant gear reductions in a compact space and are ideally suited for applications requiring significant torque or impact loading since several gear teeth are engaged at once. Planetary gearboxes can be constructed with either spur gears or helical gears. Because planetary gear sets are more complex and require a high degree of precision, they are generally more expensive than other types of gearboxes.

Low backlash gear reducers are ideal for applications that require frequent starting and stopping or load reversals while maintaining precise position. Any of the previously mentioned gears can be engineered for low backlash, involving the precise control of manufacturing tolerances.

A future article from WorldWide Electric will discuss the importance and process of selecting the appropriate gear reducer for an application.

WorldWide Electric Corporation is a leading manufacturer of electric motors, motor controls, and gear reducers, established in 1998. The Rochester, New York-based company takes pride in serving its customers with urgency by offering quick shipping and 24/7 customer support. Call (800)808-2131 or visit the company website to learn more about gear reducers.

By posting a comment you confirm that you have read and accept our Posting Rules and Terms of Use.
Advertisement
RELATED ARTICLES
Gears 101: Spur Gears vs. Helical Gears
Selecting and Applying Robot Flange Servo Gearheads
Selecting an appropriate gear reducer
Fundamentals for gears, gearsets and reduction drives
Exploring the Benefits of Applying Dual-Pitch, Right-Angle Worm Reducers in High-Speed Servo Applications
Advertisement