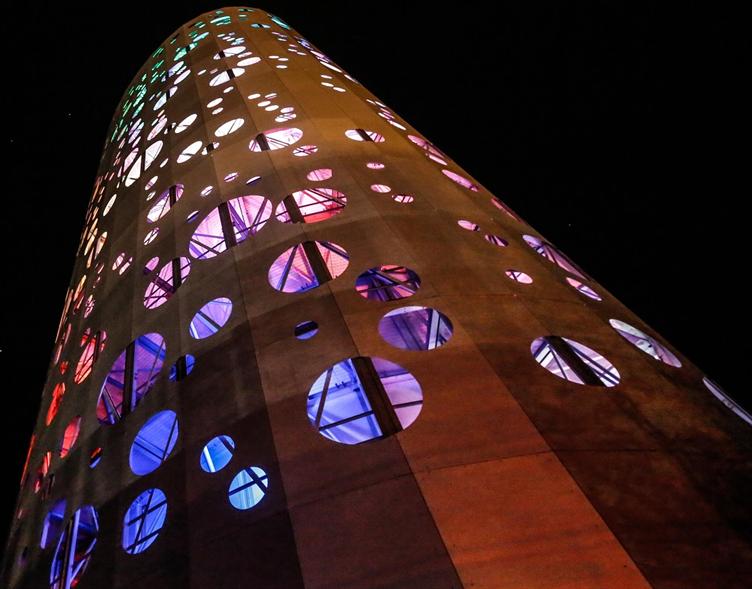 Modern society is heavily dependent upon an abundant supply of energy in many forms. Demand for that energy, however, is not steady, especially in the commercial and industrial sectors, and the supply of some energy sources, such as solar energy, can be inconsistent. Even when a huge disparity exists between demand and supply, large energy production systems are expected to meet the peak demand. This method not only requires large capital investment but compels manpower, machinery and equipment to be idle while waiting for that peak demand. Thermal energy storage (TES) is a solution that can efficiently match the demand with the supply.

Think of a flywheel in an automobile internal combustion engine. The flywheel is nothing but a large chunk of mass, directly connected to the crankshaft of the engine. The kinetic energy is stored in the flywheel, in the form of rotational inertia when there is no need for acceleration and released when it is needed. The energy supply (or torque) from the reciprocating engine is intermittent and the flywheel helps to smooth it out.

Thermal energy storage is nothing but a flywheel that stores thermal energy instead of kinetic energy. “TES deals with the storage of energy by cooling, heating, melting, solidifying, or vaporizing a material; the thermal energy becomes available when the process is reversed,” explained Ibrahim Dincer and Marc Rosen in Thermal Energy Storage, Systems and Applications.

TES has been in use for a long time. The oldest form of thermal storage could be the ice harvested from rivers during winter and stored in insulated warehouses to be used later for various cooling purposes or food preservation during summer. Frederick Tudor, known as the “Ice King,” is credited with inventing the ice trade. In 1833, he shipped 180 tons of ice from Boston to British Colony in Calcutta, according to an article by Linda Rodriquez McRobbie.

In sensible energy storage, energy is stored in the medium without any phase change, either at a high temperature or a low temperature. Water is the most commonly used sensible TES medium. Though other mediums such as rocks, glycol and concrete are used, water offers many advantages. It is cheaply and abundantly available and it has very high specific heat. Moreover, since water is in liquid form, it can be pumped to and from the load very easily. Water is usually stored in large stratified tanks. A good thermal tank design ensures proper stratification between the hot and the cold fluids and eventually high exergy. For example, hot water stored in the tanks on a roof using solar water heaters is a common example of sensible storage on a small scale. 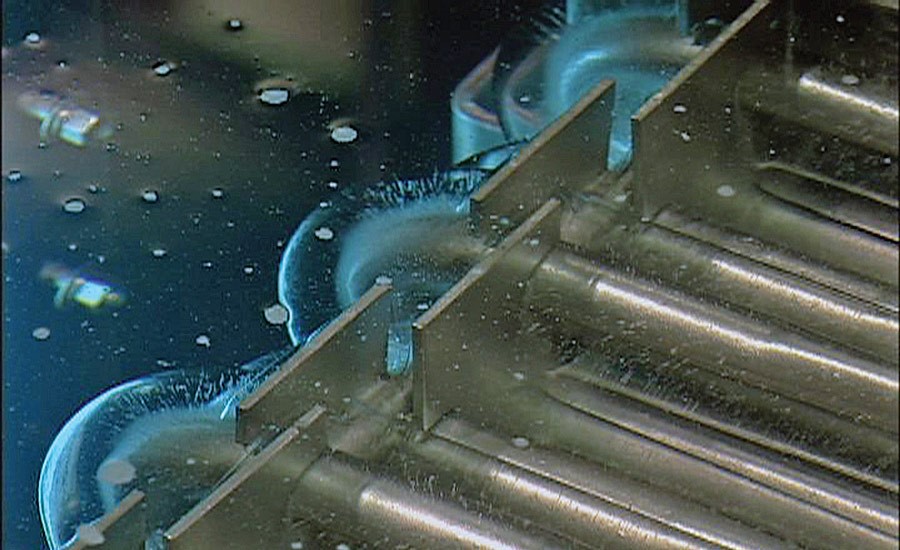 Ice formed over the cooling coils. Source: ACHR NewsRock beds are also used as a thermal storage medium in the form of packed rock beds, pebbles or bricks. The main advantage of rock beds is their ability to work at high temperatures compared to other options. The air as a heat transfer medium can be easily circulated around the rocks and thus no special pumping and piping equipment is required. However, the energy storage density is far less than that of water. Rock beds require almost three times the volume to store the same amount of energy.

In latent thermal energy storage, the thermal energy is stored in the phase change process at a constant temperature and its amount is linked with the latent heat of the material. Latent heat storage mediums are called phase change materials (PCM). The energy storage density is extremely high with PCMs so very little volume is required for the storage of thermal energy compared to what is needed for sensible energy storage. Ice is the most familiar PCM having high latent heat of fusion (334 kJ/kg at 0° C). For the efficient cooling of large commercial buildings, thermal storage with ice bank tanks is a prudent approach. During off-peak hours (commonly at night) the chillers operate to charge the ice banks. During peak hours (daytime) the water is circulated over the ice in the ice banks and used to cool the space. The peak demand is taken care of by the stored ice and the regular demand is fulfilled by the chillers. In this way, the running time of the chiller for the ‘high tariff period’ is reduced. The size of the chiller also reduces because it no longer has to meet the peak load.

PCMs are also used for the storage of thermal energy at temperature, as high as 1000° C. According to Trevor Letcher in Storing Energy (Elsevier), molten metals and an-hydrous salts are used for this purpose. Nitrates and nitrites typically melt in the range of 300° C to 550° C but have relatively low latent heat, 100 to 175 kJ/kg. Chlorides and carbonates melt at a temperature above 700° C and have high latent heat. Solar thermal power stations use large volumes of molten salts to store concentrated solar energy at a high temperature, to be used when the solar radiations are not available.

TES technology helps to conserve natural resources such as fossil fuels and helps to increase the usefulness of solar energy. Since the supply and demand fluctuations are reduced, it simplifies energy production, distribution and utilization. Thermal energy storage is being considered as an attractive option to meet the heating and cooling demands in the industrial and commercial sectors because it offers both the energy efficiency and the environmental benefits sustainably.

By posting a comment you confirm that you have read and accept our Posting Rules and Terms of Use.
Advertisement
RELATED ARTICLES
Thermal energy storage solutions for buildings
The promise of PRISMA for cutting compressed air costs
JC Penney Headquarters Building Uses Ice to Cut Energy Bills
A Frozen Energy Solution for Nantucket?
Pilot program aims to turn energy hogs into revenue sources
Advertisement