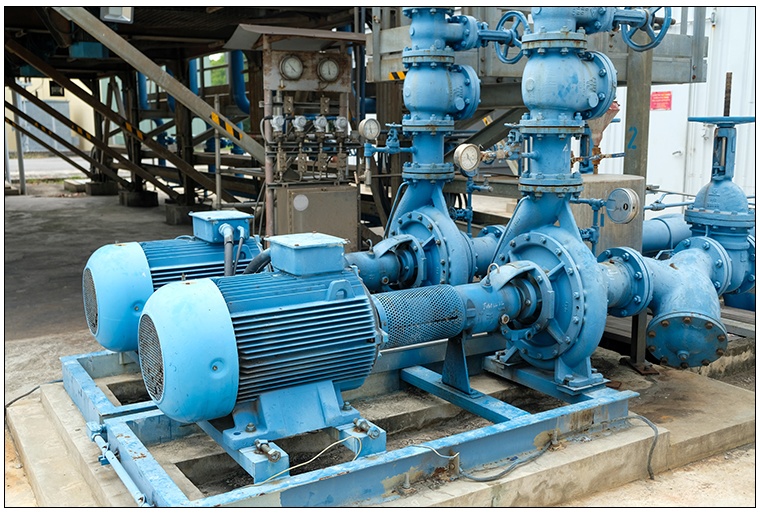 Source: nasmStudio/Adobe StockRegardless of the different maintenance activities performed on pumps, many technical issues still arise. The number of engineers and technicians who claim to have experience with pumps has increased drastically over the years, yet most face challenges when assigned a task. The truth is that only a few people are equipped with sufficient skills and experience to diagnose the problems plaguing pumps. The reason for this limited number of experienced personnel can be traced back to how technicians develop their knowledge base.

Most technicians develop their knowledge base from the “school of hard knocks.” And while every knock refines their understanding and experience, they tend to perform functions exactly as before. For instance, the changing of a failed part will occasionally solve the problem, but it does not provide a long-lasting solution. This article focuses on the most used type of pump in industries today: the centrifugal pump. The underlying cause of failure in centrifugal pumps goes beyond the failed part, and the extent to which it happens varies.

The diagnosis of pumps can be challenging since most of the problems with pumps demonstrate similar symptoms. The ability to relate a combination of symptoms to an underlying problem becomes crucial in failure analysis. To do that, look for the speed and frequency of problem occurrence.

The speed of problem occurrence can be determined by asking, "When did this start?" A sudden problem is likely caused by recent changes made to the system, such as a change in flow rate, temperature or pressure. However, a gradual reduction in the performance of pumps indicates imminent failure, and it can be attributed to wear and tear.

Quite often, certain parts of pumps show a failure pattern. For instance, a mechanical seal may fail once in every six months regardless of the model. This trend relates to the frequency of problem occurrence, and it means the underlying cause of the problem could be anywhere else but the seal.

Every engineer has heard about cavitation while working with pumps. It is an issue dreaded by technicians because it is associated with several possibilities. Usually, when people start to notice rumbling sounds in the pump with high vibration levels, it is most likely going to be associated with cavitation.

Cavitation is caused by changes in pressure as liquid moves through the impeller. Before going into details about cavitation, some of the fundamentals of thermodynamics and fluid mechanics must be revisited.

Pressure drop is always associated with liquids flowing in a pipe. The amount of reduction varies depending on the geometry of the pipes. Nevertheless, its effect is negligible compared to what happens at the impeller of pumps. Centrifugal pumps are designed with an impeller. The impeller transfers energy from the motor to the fluid being pumped by its rotation. These impellers have a central hub called the eye of the impeller, which plays a significant role in the pumping operation. Sadly, a significant pressure drop occurs at the impeller, and it is also where the first part of cavitation occurs.

Troubleshooting cavitation is not an easy task. There are a number of conditions that share similar symptoms with cavitation. Cavitation, air entrainment and recirculation all cause the formation and collapse of vapor bubbles, thereby causing noise, vibration and pitting damage to pumps. As a consequence, it becomes very easy to misdiagnose them. They only differ in the method by which the bubbles are formed and the location of the damage.

Air entrainment occurs when vapor bubbles are already in the liquid before reaching the pump. It is usually caused by turbulence in the suction line. This turbulence is caused by inappropriate pipeworks, such as having too many elbows in the line or having pores within the pipe. These pores allow air to be ingested into the system.

Impellers are designed with specific recirculation characteristics, and it is almost impossible to modify these characteristics without altering the design. A first attempt at solving this issue is by increasing the output capacity of the pump. Installing a bypass line between the suction and discharge of the pump can also solve this issue.

To resolve air entrainment issues, check and fix leakage issues in the suction line and ensure that the pump submergence requirement is met.

Now amateurs can confidently diagnose some of the common problems plaguing pumps. However, they should remember to observe safety precautions to avoid accidents.

By posting a comment you confirm that you have read and accept our Posting Rules and Terms of Use.
Advertisement
RELATED ARTICLES
Minimizing pump cavitation: What is the ideal NSPH margin?
How Do Submersible Pumps Work?
Collaborators test cavitation monitoring system
How to Select the Right Pump for Your Chemical Application
What is an ARV valve?
Advertisement